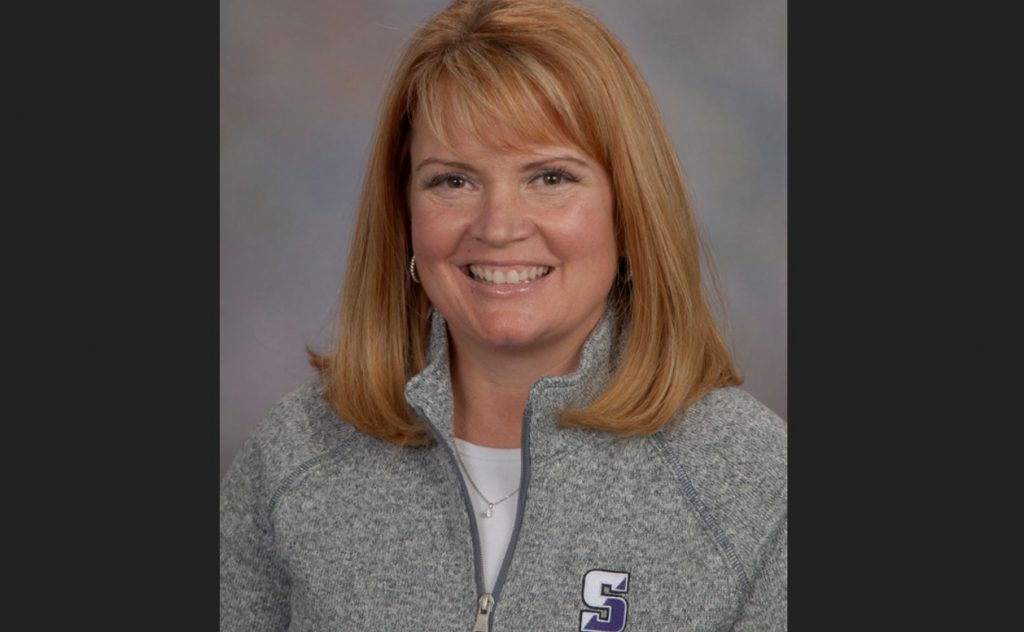 Chris Whitney understands the feeling of not quite knowing what career path to follow.

She majored in language and literacy education at Pennsylvania State University after graduating from Blue Ridge High School but said she “had no idea” she’d end up guiding students facing uncertainty like she once did.

“I feel like I always knew that I was going to do something to help students, but it just took years for me to figure out that I really wanted to help college students,” Whitney recalled. “And then it was about helping them to follow their path.”
Since 1995, the New Milford resident has worked in higher education, holding jobs in residence life, admissions and careering counseling. Whitney just marked her six-year anniversary at University of Scranton, where she works as director of the Gerard R. Roche Center for Career Development.

“It’s really nice to be back working and serving my alma mater,” said Whitney, who earned a master’s degree in school counseling there.

In her graduate studies, Whitney focused a lot of her research papers on career counseling and transitions. Now, she applies that knowledge in helping students panicking about what to do with their lives. She pulls out her “counseling toolbox,” which she said involves encouraging them to be more introspective and try experiential learning, such as internships, to figure out what they like. Internships are like dating your career, she said.

Whitney aims “to reach in some way or shape or form all of the students that graduate,” she said.

“I think that all students should in some way reach out to their career coach … at their college or university so they can just feel really good about their decisions,” Whitney added. “They shouldn’t just jump into the first thing they were offered.”

Whitney sees one major difference in the attitude of today’s students compared to her own Gen X-ers, and it’s a change she loves.

“They make decisions based on what’s important to them and how do they feel about the (company’s) mission,” she said. “We X-ers, we would say, ‘Well, we just need to make more money and the rest of it will shake out,’ as supposed to, ‘Let’s make sure we’re happy.’”

At orientation, Whitney and her colleagues encourage parents to have their kids visit her office early in college to help discern their career paths. She praised the faculty, too, for inviting her department into classrooms to meet students in person. It all helps set them up for success, she noted.

Whitney joked that she has “thousands of kids” whom she coaches “the same way I coach the ones that God gave me” — her daughter, Laurren Hewes, 24, and son, cClayton, an 18-year-old freshman at U of S. For better or worse, she noted, she is “just very straightforward” with everyone.

“It’s the same way I am with my own children — just honest and open with them,” Whitney said.

And her work with students doesn’t stop when they receive their diplomas. Alumni also have free access to all of the services available to current students.

“It’s very much the same thing when you’re working with alumni — people who … maybe chose their undergraduate degree or their path for the wrong reason, not something that motivated them,” Whitney said. “They reach back to us and say, ‘I need to make a change. I don’t know why I chose this.’”

This year, she and her colleagues also started a workshop series aimed at alumni that will focus on subjects such as revamping resumes, making career changes, going back to school and interviewing in the virtual age.

It irks Whitney when people complain about not liking their jobs, she said, because she knows others who would love to have those gigs.

For a few years now, Whitney also has shared her expertise in the classroom, teaching courses in the counseling department.

“That’s been really cool to be able to teach and get to know students on that level,” she said.

“I was just figuring out different ways that I would be able to face-to-face interact with and get to know students,” said Whitney, who also has delivered food to students in quarantine or isolation because of the coronavirus.

She appreciates the support she gets from the university, too, which she believes sees “the value in career development in their students” and has supported her all the way from the top.

“When I had the opportunity to come back to the U of S, it was really about working for a mission-driven institution,” Whitney said. “I’ve had wonderful experiences at the other schools but … I really believe we are working toward a mission, not just numbers. But because we work toward the mission, we get the numbers.”

Whitney had a couple other forays into education, as she and her husband, Glen, who recently retired from the Pennsylvania State Police, owned Back Mountain Day Care & Preschool and Endless Mountain Learning Center, which they sold in 2005 and 2008, respectively. They opened the facilities “to serve families the way we wanted our children to be served,” she said, and she feels glad she has left a mark on the community, as both facilities continue to operate.

“We approached from perspective of parents, not always as business owners,” Whitney said. “I’m sure we could have made a lot more money with the other mindset, but it was more important to feel good about what we were doing for families. That is something I’m proud of.”

Whitney expects to work for about another dozen years, and she hopes in that time to write curriculum focusing on career development preparation that could be used university-wide. Once retirement comes, she hopes to write, focusing on transitions and how they impact people at different stages of life. In the meantime, she stays busy enjoying outdoor activities with her husband, and spending as much time as she can with their 2-year-old granddaughter, Eva May.

While her job as director means she focuses more on strategy and management than one-on-one interaction with students, she still feels proud to have played a part, however miniscule, especially when she sees some of the great things alumni have gone on to do.

“Even though many of the kids will never know my name, I know that I have been some tiny part of their experience,” Whitney said.