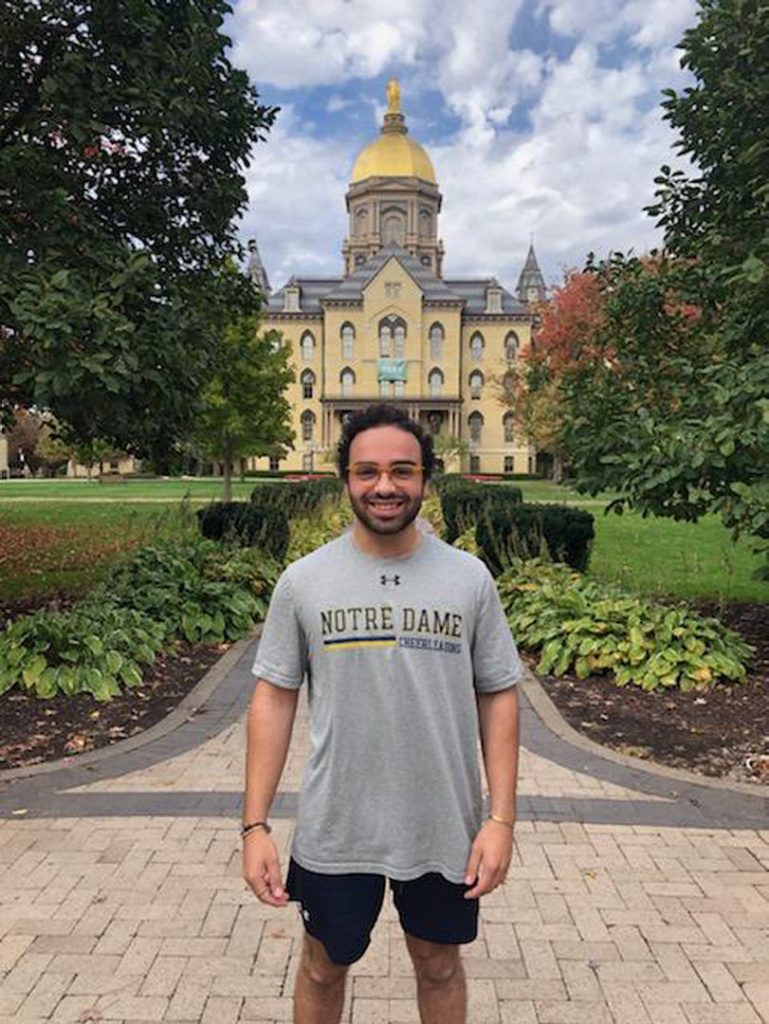 Gabriel Ramos will get to show off his fighting spirit and hometown pride this school year as one of the University of Notre Dame’s famed leprechaun mascots.

The Covington Twp. native and 2018 graduate of North Pocono High School is one of four students at the Indiana school who will don the green suit and encourage school spirit at special events in this most unusual year.

“It’s like I’ve been given the greatest gift in the world,” Ramos said.

Ramos, 20, faced stiff competition when trying out for the role. The candidates had to prove their merit academically and athletically with letters of recommendation from teachers and coaches in addition to submitting a form stating they were physically fit to become the face of the Fighting Irish. Once candidates made it past this stage, they had to prove their devotion to the virtues Notre Dame holds dear. In interviews, tryout videos and even a pep rally-style audition, Ramos had to show his commitment to excellence in academics, athletics and service.

“I tried out because I adore being able to share happiness with others,” Ramos said. “The idea of being given a platform … to join my predecessors in showing the world who Notre Dame is, who we will be and who we’ve always been is one of the most powerful and exciting responsibilities I will ever have the privilege of having.”

The audition process differed this year because of coronavirus concerns, but the stakes were just as high as ever for the candidates. In past years, students would have packed the gymnasium to watch the final rounds of tryouts, but this year, only 11 masked judges were permitted to watch the performances.

Ramos learned he’d nabbed the role in a Zoom meeting when a coach held up a leprechaun hat to congratulate him. With the pandemic impacting large gatherings and sports, though, Ramos believes the soonest fans will get to see him in action is in the spring.

Nevertheless, the importance of the leprechaun role on campus has not diminished, and for Ramos, the opportunity offered another meaning.

“As a Latino person (who grew) up in Irish America, funnily enough it took me moving 700 miles and to an entirely different landscape to finally find myself rooted in the people of my hometown,” he said. “So I really, really count myself truly privileged to be a part (of) shaping such a big part of the culture of the place I adore.”

For Ramos, though, earning the leprechaun role is just the latest in a long string of accomplishments he’s forged since childhood. A classically trained opera singer and classical and flamenco guitar player, he sang for the Choral Society of Northeast PA. He became a Wildlife Leadership Academy-certified wildlife conservation ambassador and earned his Eagle Scout rank in the Boy Scouts at just 13.

By the time he graduated, Ramos had logged more than 750 hours of community service, having earlier committed himself to follow in the footsteps of his heroes, Pope St. John Paul II and St. Teresa of Calcutta. Ramos was involved with his church, St. Catherine of Siena in Moscow, where he served as a youth representative for the parish pastoral council, and sought to devote his time to serving his community.

“When Pope Francis declared the year of mercy (in 2015), I wanted to do something in the charism of Mother Teresa,” Ramos said. “I found out that the most underserved community specifically in our local area is actually homeless women because they fear abuse (from) going to shelters.”

Determined to make a difference, Ramos began making blessing bags for these women out of donated purses and bags then filled with food, clothing and personal care items. Ramos has recently tweaked the idea to reach homeless veterans as well and has converted the work into a nonprofit.

While he is excited to root for Irish athletics this year and represent both his hometown and college town in the role, Ramos was most excited by the opportunity to better embody Notre Dame’s commitment to service.

“Because Notre Dame is so driven by a passion for service and a passion for doing good in the world, I think that … being a representative of the school is awesome and gives me a really important place to do good for the people around me,” he said.

“Once he arrived at Notre Dame, it was like he always belonged there,” said Ramos’ father, Dr. Julio Ramos, a rheumatologist with a practice in Avoca.

He believes taking up the mantle of the leprechaun is his son’s greatest achievement yet. 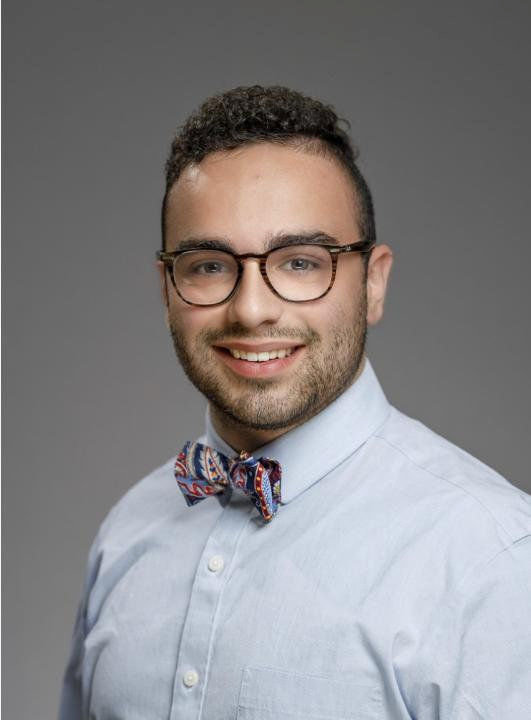 “He’s had so many accolades, but this by far surpasses any of the accolades he’s gotten because it recognizes the inner being of what it is to work hard,” Julio Ramos said.

Retired Judge Joseph Cosgrove of Pittston portrayed the Notre Dame leprechaun during the 1976-77 school year, when the Fighting Irish counted Joe Montana and Ross Browner as members of its football team.

“It’s difficult to describe what a fantastic experience that was,” said Cosgrove, who traveled the country with a basketball team that made the Final Four and a football team that won a national championship. “I hope that (Ramos’) experience is as rich and rewarding as mine was and remains.

“You don’t stop being a leprechaun. It stays with you forever, and he will find that out. And we welcome him to the club.”

And when Gabriel Ramos reflects on his family history, the position has an added personal importance. His grandfather, Ramon Anibal Ramos, immigrated to the United States from the Dominican Republic with $7 in his pocked but “really managed to pull off the story of the time,” the younger Ramos said. Ramon Ramos eventually was able to bring 12 siblings to the country and later support his wife and six children.

Moving to Notre Dame helped Ramos find himself “rooted in the people of his hometown,” he said, and he’s “never felt more Irish” – not in terms of portraying the leprechaun but rather that Irish “mindset of grit.”

“It’s the ability to fight past fear or failure, and that is really what makes somebody part of the Fighting Irish,” Ramos said. “It’s not where your family grew up, and it’s not about where you’re going. It’s about being part of the long-standing tradition of fighting for what you believe in and allowing others to harken your call and really building a movement of fighters and a movement of people who care about the world.”