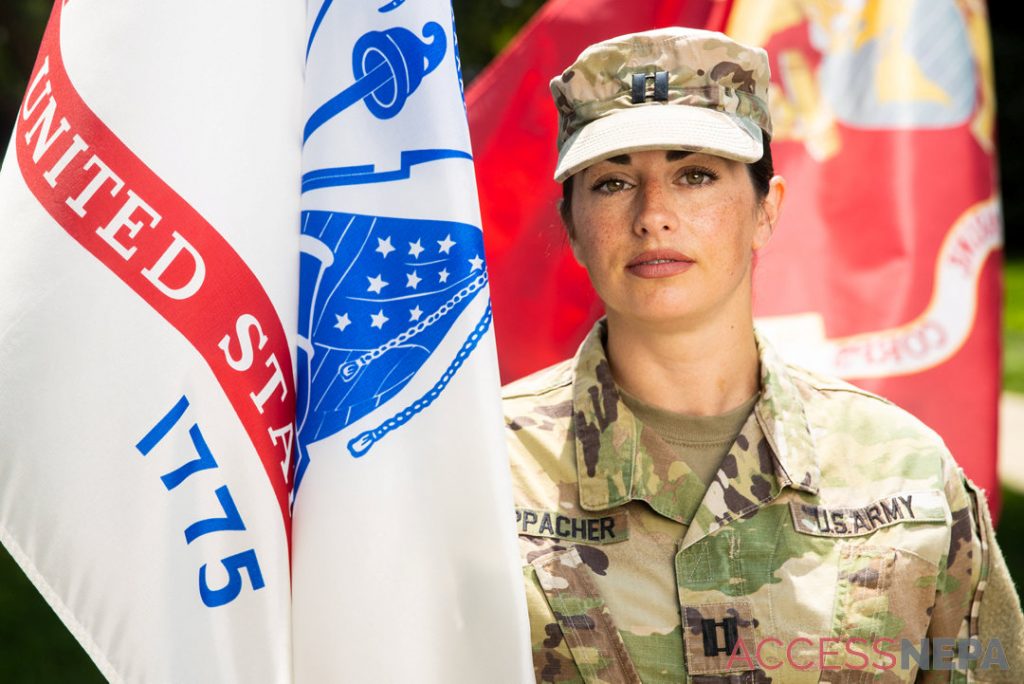 Capt. Mary K. Steppacher and Wonder Woman have a lot in common.

Not only do the two share features like light eyes and dark hair, but they both also are dedicated to doing good. Unlike the fictional character, though, Steppacher makes a difference in real life.

She joined the Pennsylvania Army National Guard 18 years ago and today is personnel officer/adjutant 1st Battalion, 109th Infantry Regiment, 2nd IBCT. She is principal adviser to the battalion commander on all matters relating to personnel, human resources, force management, public affairs, recruiting and retention, and mobilization preparation and planning.

“The first time I put my uniform on, I knew I was meant to be exactly where I was, and am,” said Steppacher, who lives in the Scranton area. “Every day I serve is the greatest honor.”

Growing up in the Green Ridge section of Scranton with a Marine veteran father and schoolteacher mother, Steppacher was destined for a life of service. Then 9/11 happened, and it moved Steppacher to serve her country in the military. In high school at Scranton Preparatory School and Bishop Hannan High School, she researched each branch and concluded that the National Guard was the best option for her. She could make a difference at home and abroad as well as reap all it had to offer, including a host of job opportunities beyond combat plus educational and other benefits, like sign-on bonuses and paid college tuition.

When Steppacher made her decision, she hit the ground running in 2003. With her parents’ full support, the then-17 year old was able to enlist before she was a legal adult. She joined as a tracked vehicle mechanic, completing her training while in high school.

At 19, she deployed to Iraq for her first tour overseas and realized she had found her calling. Steppacher was assigned to an entry control point for a city and saw the same family come through every day for about a month. It included two little girls and, on an especially hot day, the girls approached Steppacher with cold bottles of water for her and her teammate.

“They wrapped their little arms around me and looked up with tears in their eyes and said, ‘Thank you,’” Steppacher said, remembering they were especially grateful they could get to school safely with the soldiers’ help. “That is when I knew that my choice to serve made an impact not only on my community but a whole other nation. Not bad for being 19.”

Steppacher also knew she wanted to help out at home. Upon returning from her tour, she entered the Municipal Police Officers Training Act 120 Program at Lackawanna College. She worked nights as a police officer and went to school full-time during the day, using her National Guard benefits to pay for her police certification and associate degree. She continued to serve in the National Guard in drill status and was eventually promoted to staff sergeant.

When her unit mobilized again, she returned to active duty. After another tour, she earned a degree from University of Scranton and then attended Officer Candidate School. She ended up commissioned as an ordnance officer after about a decade in the National Guard.

Steppacher has a full-time federal job while simultaneously serving in the National Guard, which has opened her life to countless career opportunities. After her commissioning, Steppacher took a position with the National Guard as health promotion officer and master resiliency trainer, which led to her civilian jobs. She worked for the Pennsylvania Department of Military and Veterans Affairs, the Deputy Under Secretary of the Army, Naval Supply Command Weapon Systems Support, Tobyhanna Army Depot and Naval Supply Command Headquarters.

She’s also served in different units of the National Guard and has returned to active duty as mobilization project officer.

“At first, from what I remember, I was planning on serving for an initial tour and seeing where life took me,” Steppacher said. “After my first re-enlistment for another six years, I knew I was going to make a career out of it. I loved serving and the benefits, both, which now and in the long run cannot be beat.” 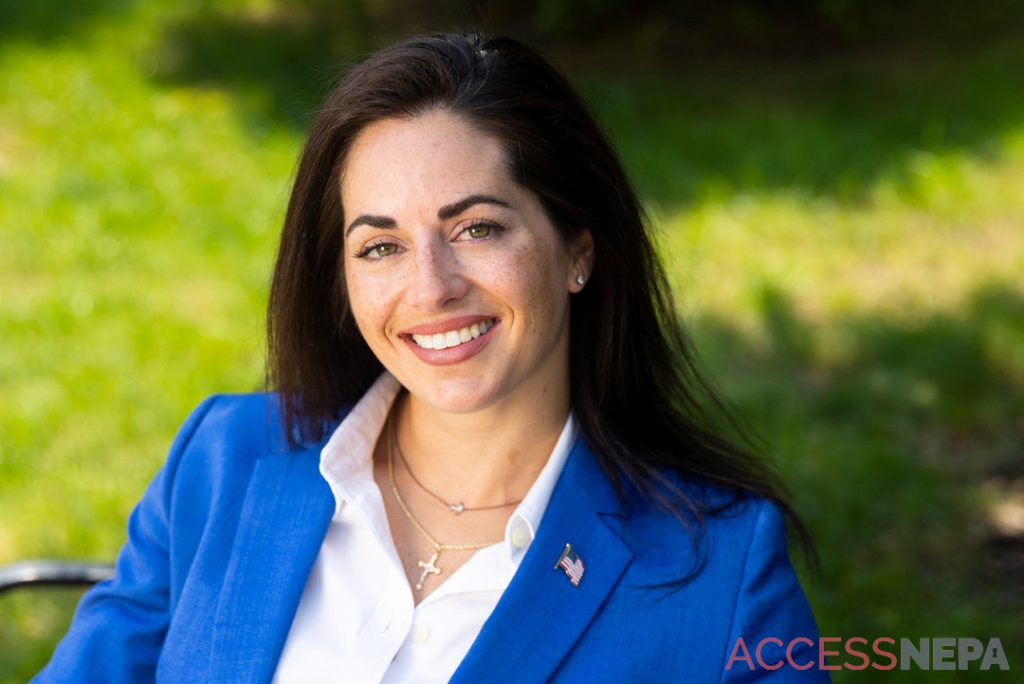 CHRISTOPHER DOLAN / STAFF PHOTOGRAPHER
Growing up in the Green Ridge section of Scranton with a Marine veteran father and schoolteacher mother, Capt. Mary K. Steppacher was destined for a life of service.

There is nothing like the ability to serve, Steppacher said, especially with colleagues like she has. They’re selfless and dedicated to their country and communities but also to each other. They treat one another like family, she said, even hosting a big drive-by celebration for her preschooler son’s birthday during the coronavirus pandemic. Even though they come from different creeds, they treat everyone with respect and compassion.

“We look out for each other and take care of each other,” Steppacher said.

In her downtime, Steppacher enjoys riding her motorcycle (she belongs to Gouldsboro American Legion Riders Post 274), singing in the choir at St. Paul’s Church in Scranton and spending time with her son. He’s convinced his mom is a real-life superhero.

“He tells everyone I’m Wonder Woman,” she said, laughing.

No matter what Steppacher has done for others, though, it can’t compare to what the National Guard has done for her.

“I have been able to go to school and educate myself, earn benefits for my son and family’s future, and serve the greatest community and nation alongside some of the most incredible people,” she said.