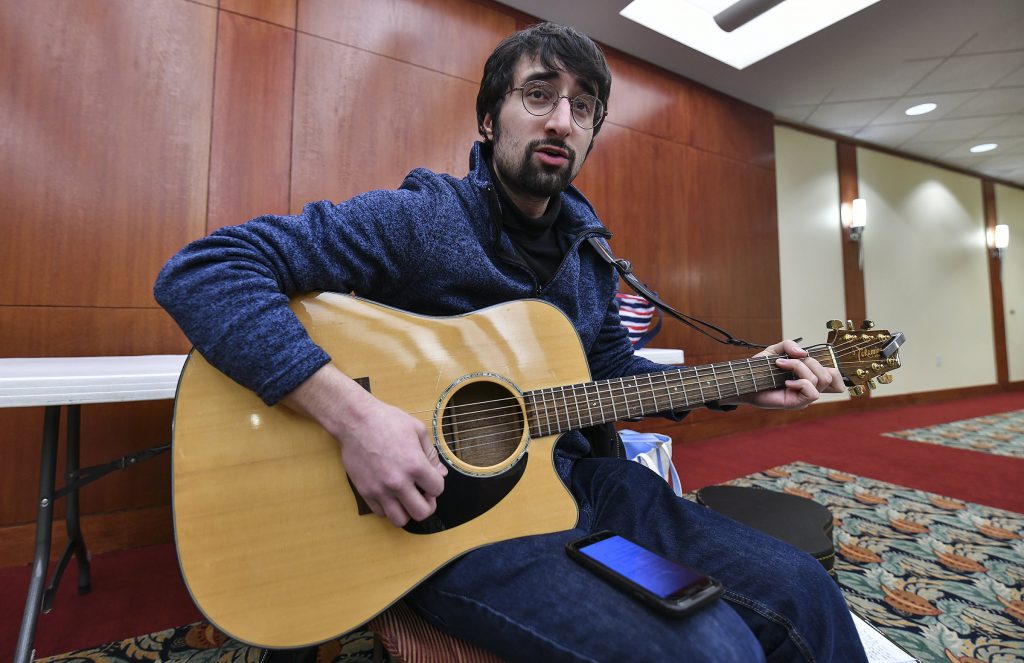 To continue those supports, the Jewish Home of Eastern Pennsylvania at 1101 Vine St. in Scranton received a $40,000 grant from the Robert H. Spitz Foundation, through the Scranton Area Community Foundation, to help fund its comprehensive Parkinson’s program.

The funds will go toward the Jewish Community Center’s music therapy program at the Jewish Home in Scranton, Elan Gardens personal care residence in Clarks Summit and other Parkinson’s programs open to the community, said Nicole Lipinski, senior director of community engagement.

The Jewish Home, which offers a variety of programs for Parkinson’s patients, is an underserved population in the community, she said.

“They do get their therapy, and when their therapy is done they don’t have anything to do in between,” Lipinski said.

It has been shown to help with voice and speech, as well as increasing muscle strength for better breathing and swallowing, among other life quality and health benefits. 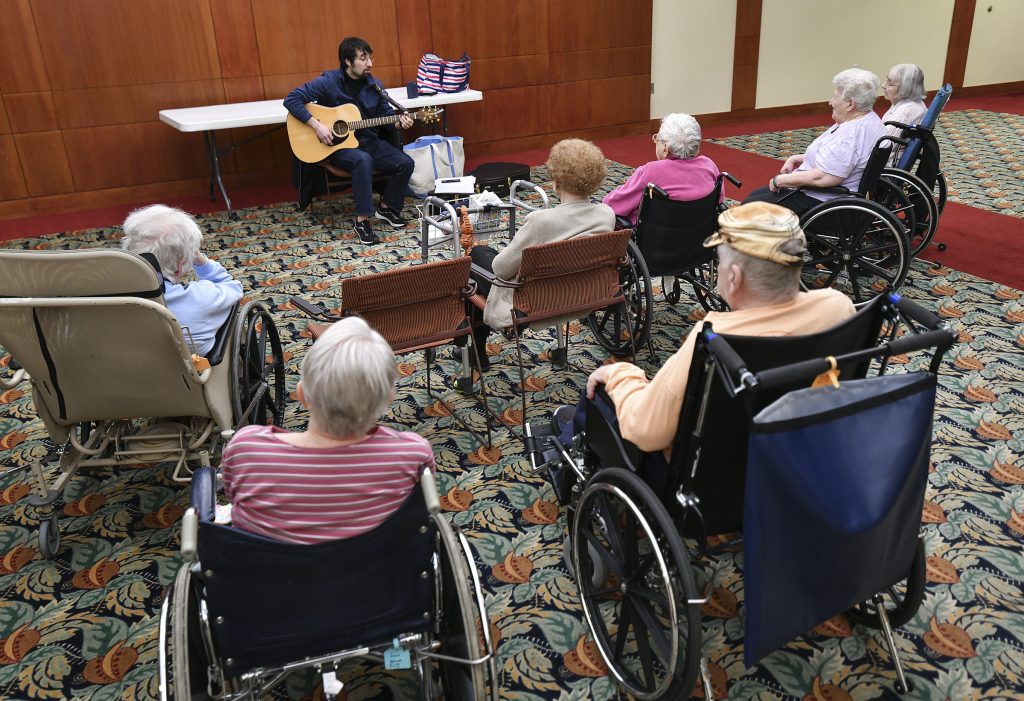 JASON FARMER / STAFF PHOTOGRAPHER
Sean Boland performs for seniros at the Jewish Home of Eastern Pennsylvania on Wednesday, March 4, 2020. The Jewish Home received a $40,000 grant to support its music therapy for Parkinson’s for the residents of the Jewish Home and community members.

During the program, music therapist Sean Boland works with patients for an hour on voice and speech — either one-on-one or with a small group of about 15 patients.

Boland usually plays guitar with the patients, who sing along and play other instruments.

On any given day, Elvis, the Beatles and John Denver are among the artists on the group’s playlist.

The patients benefit even if they never played an instrument or sang before, Boland said.

“That’s the beauty of it, you don’t need to be musically trained or skilled,” he said. “No matter what, music crosses all boundaries.”

Boland, a Marywood University graduate, said patients suffering from Parkinson’s, or even dementia, are often in their own bubble because the disease robs them of their own realities.

“Playing familiar music helps them kind of become more grounded,” he said. When they hear a familiar song from their childhood, expressions change on their face.

Lipinski said programs like music therapy help the patients manage the effects of the disease.

The Parkinson’s programs, which include dance therapy and tai chi, are free to the patients.