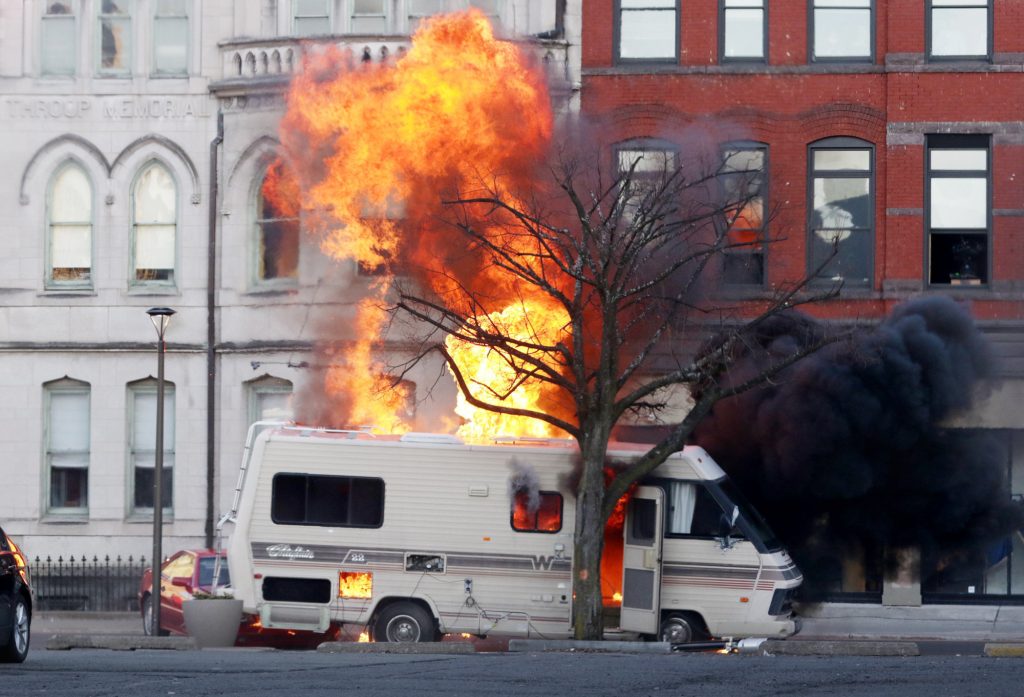 Those who watched an explosion on Wyoming Avenue earlier this year may have a chance at seeing it on the big screen sooner rather than later.

“The Virtuoso” — starring Anthony Hopkins, Anson Mount and Abbie Cornish — is in post-production and may be finished by the end of the first-quarter of 2020, the film’s director, Nicholas Stagliano, said.

The film centers on a hit man, played by Mount, who will kill a man from his upper-story perch in the former Dime Bank building at 400 Spruce St.

The hit man aims at a victim in the Hotel Jermyn.

In April, film crews blew up an RV on the 200 block of Wyoming Avenue — the climax of a scene in which a Mercedes-Benz speeds down the street.

A plot synopsis teases a story about how a “lonesome stranger” must track down and kill a hit man to satisfy a debt.

The film’s crew shot other scenes at Doc’s at the Rocks, a Lake Ariel restaurant.

“I always felt that we have such an amazing backdrop for movies,” Evans said. “We have historic buildings, great neighborhoods, great character.”