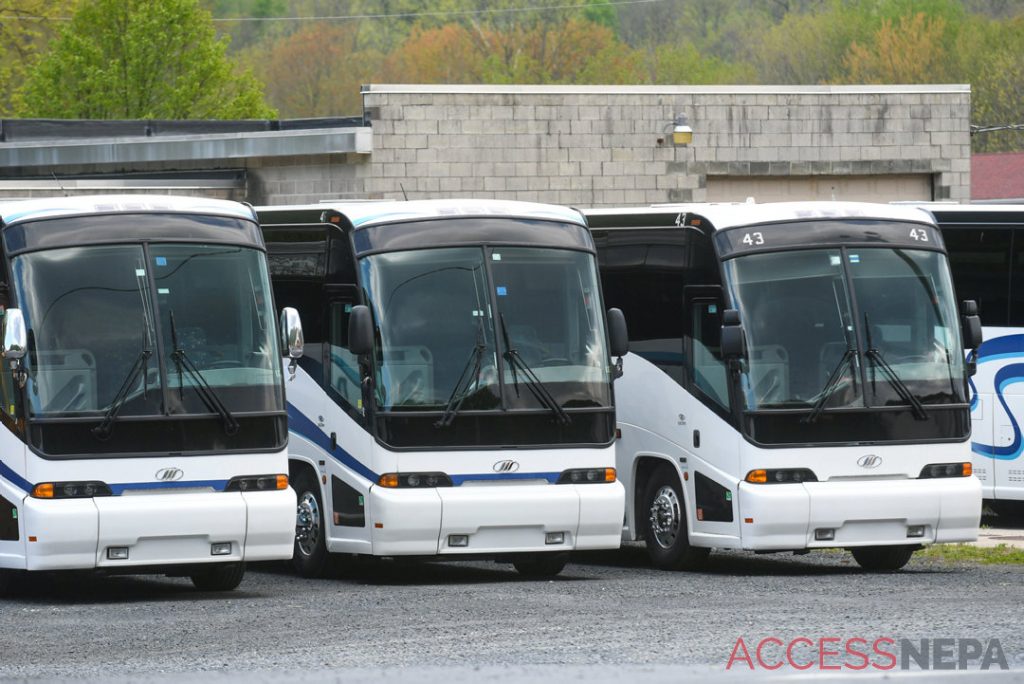 The coronavirus pandemic has put the brakes on the motorcoach business.

Jay Newswanger, president of R&J Transportation and Tours Inc., Cressona, said that since March 16, everything has been shut down at his facility and the company has sent 600 refund checks to customers whose trips were canceled.

R&J canceled 125 charters scheduled between March and June, he said.

The company employs 113, including school bus drivers. R&J had to lay off some workers, but was able to call them back with assistance through the federal Paycheck Protection Program, he said.

“Profit-wise, our margins are very slim,” Newswanger said Monday as he stood in front of his business, which marked its 40th year in operation in April and runs nine motorcoaches.

Although some of the entertainment venues have not yet reimbursed R&J, Newswanger said his company has still refunded customers’ entire payments.

Even if R&J gets the green light to travel, Newswanger said if customers decide they no longer want to go on a trip, they will also receive their money back if requested.

To raise awareness about the industry’s status, R&J joined the “Motorcoaches Rolling for Awareness” trip May 13 to Washington, D.C. More than 1,100 motorcoaches were part of the one-time event coordinated through the American Bus Association and United Motorcoach Association. Newswanger and three members of his office staff took R&J’s 56-passenger MCI motorcoach, leaving Cressona at 3 a.m. to join the tour. The bus had been designed about a year ago with an American Eagle image surrounded by stars and stripes. 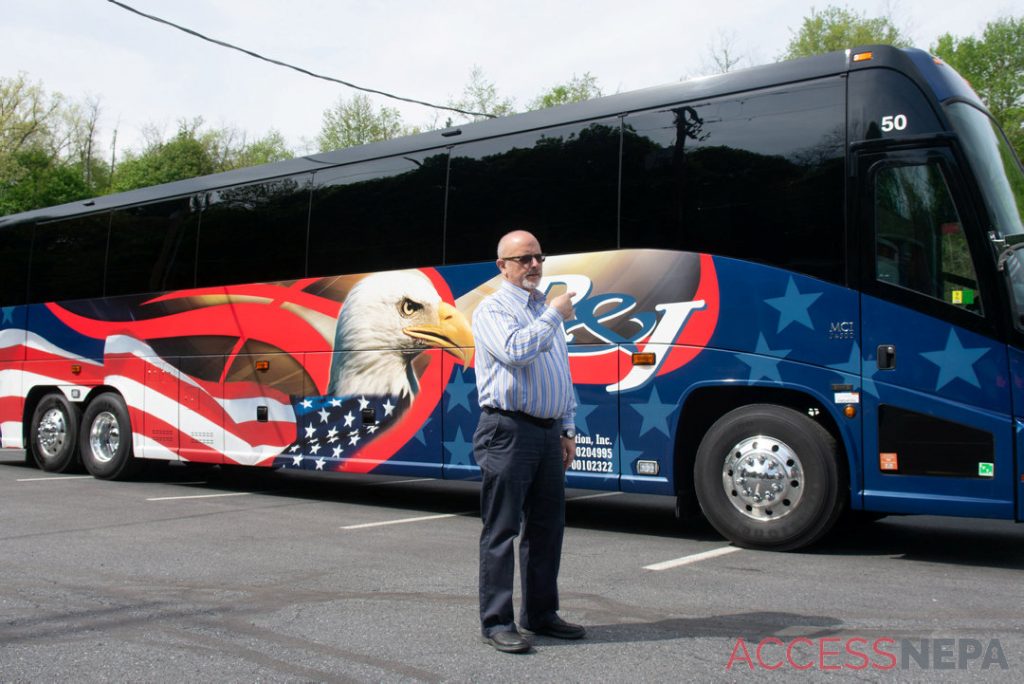 DAVID MCKEOWN / STAFF PHOTOGRAPHER
Jay Newswanger, R&J Transportation and Tours Inc. president, talks Monday about how the Cressona company is dealing with the effects of the COVID-19 pandemic.

“The ABA and UMA, they got together to organize this in about two weeks to show unity for our industry,” Newswanger said.
According to the associations, there are more than 3,000 motorcoach companies across the nation, with 36,000 motorcoach vehicles. The industry generates $237 billion in tourism and travel revenue and transports more than 600 million people annually, Newswanger said. Fifteen billion is what the industry needs to recover, the ABA and UMA reported.

Every R&J motorcoach is sanitized between each trip, a process that can take 2 1/2 hours.

“All essential areas, everything that is touched, is wiped down,” he said.

The company is awaiting word from the federal Department of Transportation in regard to further guidelines for bus drivers and passengers, and other safety measures.

The next scheduled tours are in late June. R&J was also planning a customer appreciation trip to Gatlinburg, Tennessee, in August.

For now, the buses remain parked.