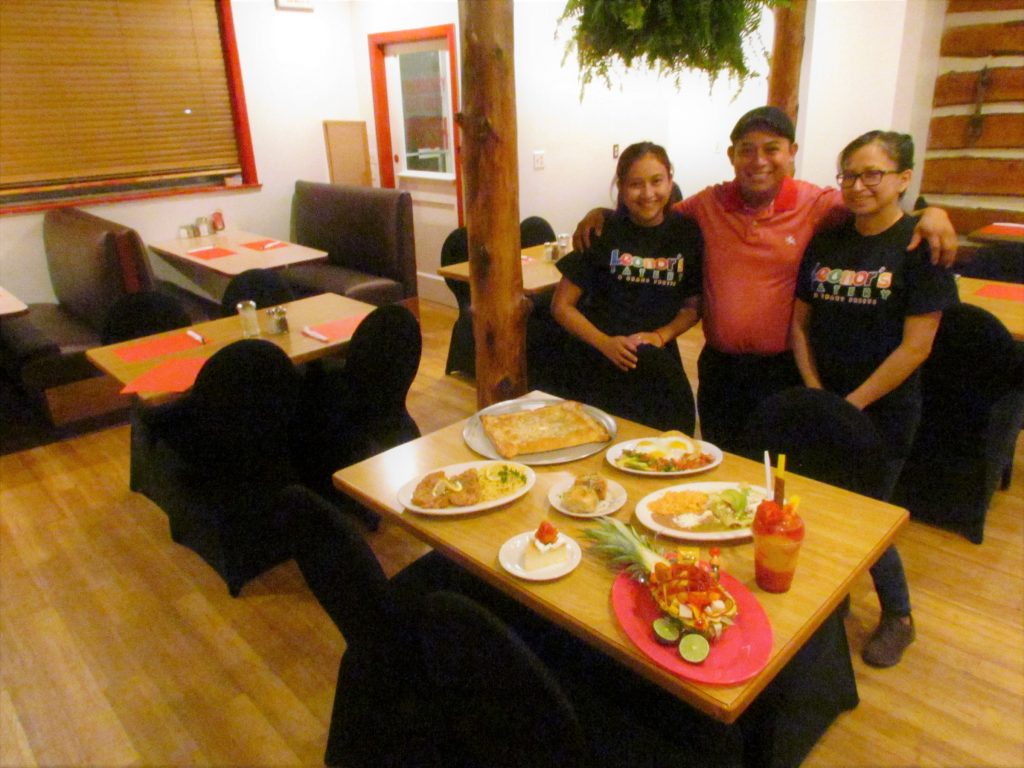 Moscow’s Leonar’s serves up a mix of Mexican, Italian cuisine plus frozen treats

Nasario Damian wants to bring something crazy to the table with his latest restaurant venture.

Damian, along with co-owners Massiel and Mayte Vargas, set up shop at Leonar’s Eatery and Crazy Fruits in downtown Moscow last month. Together, they seek to provide the area with a unique menu and atmosphere.

Damian realized he had found his career 20 years ago, when he learned how to cook in New York.

“It’s the only thing I really like. I enjoy doing it,” he said.

Then, he came to Pennsylvania, where he spent years cooking at longtime Daleville staple Mendicino’s Pizzeria Ristorante. Damian eventually sought a place of his own where he could customize the menu and really let his inspirations run wild. He looked all over Scranton for a building, but when he saw the location on North Main Street in Moscow, he fell in love. Having worked in the area while at Mendicino’s, he felt right at home.

The building’s layout allowed Damian to approach the restaurant with a unique vision. Upon entering, an ice cream parlor-style counter greets customers. Here, people can pick up their to-go orders and enjoy grab-and-go coffee, fresh-squeezed fruit juices and desserts. Customers also can order health-conscious drinks such as the Green Juice, which consists of kale, green apple, celery, ginger and spinach. Manning’s Ice Cream and milkshakes also are served.

Then, “crazy fruits” come into play, thanks to Mayte Vargas’s expertise. Smoothies, fruit salads and Mexican-style mangonadas (a type of smoothie that combines mangos and other fruits with a spicy-sweet sauce, lemon and salt) are prepared to- order with fresh fruits such as peaches, strawberries, bananas and, of course, mangos. Slices of fresh fruit rise from the top.

“If you go to New York or New Jersey, they have this crazy stuff,” Mayte Vargas said. “I wanted to bring it down here.”

“(We’re) not just a regular ice cream stand,” Damian added. “We want to give the customer something different, like spicy desserts.”

The other side of the establishment houses the dining room, where guests can enjoy a sit-down meal. Breakfast includes authentic Mexican platters such as the Huevos Rancheros, which features sunny-side up eggs on a crispy tortilla with sides of refried beans, queso fresco, avocado and fresh pico de gallo. Breakfast classics like sandwiches and pancakes are offered as well.

The lunch and dinner menu includes salads, deli sandwiches and a full list of hot and cold hoagies. Leonar’s pizza, which Damian described as falling somewhere between Sicilian and Old Forge styles, is made with fresh dough and a blend of three cheeses. The restaurant offers double-crusted pizzas as well.

While classic Italian dinners are available, Damian is most excited about Leonar’s authentic Mexican offerings, including tacos, burritos, quesadillas and more. Mexican dinners also are available, such as Costillas en Salsa Verde, slow-cooked spare ribs tossed in homemade green sauce, served with rice, beans and tortillas on the side. Massiel Vargas’ homemade chorizo sausage also can be found in dishes throughout the menu.

“I want to include everybody,” Damian said. “(We’re) not like a diner that has a couple things. Breakfast, lunch, dinner — I got something for everybody.”

He expressed that making so many items from scratch can be difficult and more time consuming, but it is an important aspect of his craft as everything is made to order.

The feedback from the community has been positive toward the Mexican cuisine, Damian said, and people appreciate the large variety across the menu. He hopes customers embrace variety, different cultures and exciting changes coming in the future for his restaurant.

“We’ve got crazy ideas all around,” he said.