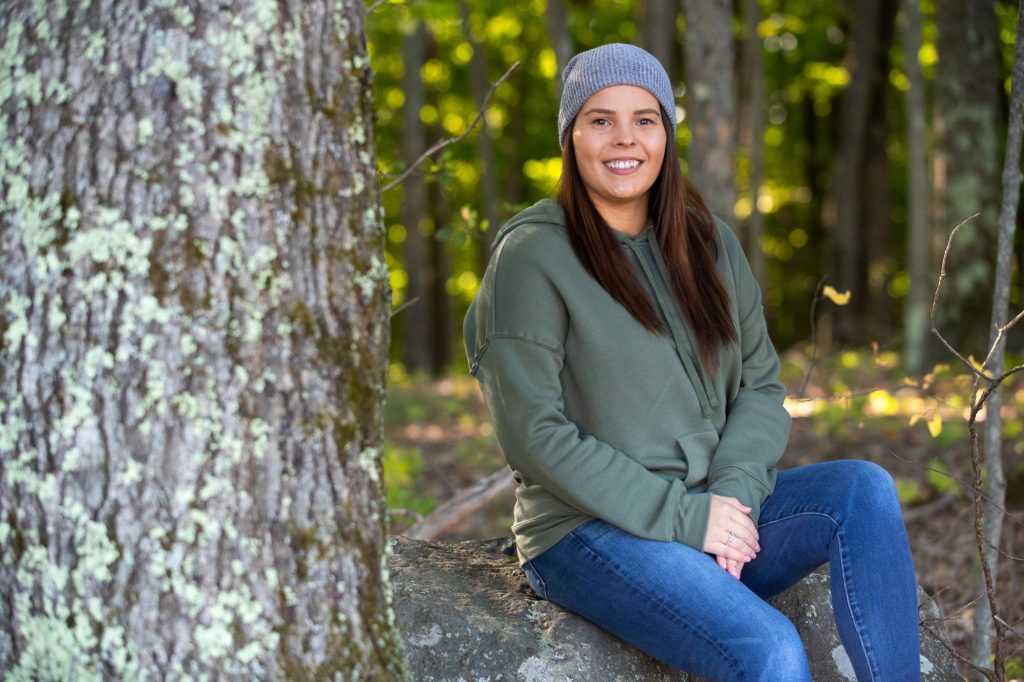 Kelsey Ann Occhipinti found light in the darkness and wants to help others do the same.

The Dickson City resident battled mental illness through most of her life before taking steps to heal and discover self-love. A lifelong lover of writing, Occhipinti found an outlet to express herself through her blog, where she discusses her struggle with depression, discovering her sexuality, her journey in recovery and everything in between. Cathartic writing is her way of connecting with others experiencing the same things and ensuring they never have to hide who they truly are.

“I spent my whole life hiding everything I am. I always thought that what I was wasn’t good enough,” she said. “All I’ve ever wanted to do was change the world by helping people, and that’s what I did by sharing my story and showing people they’re not alone. I’ll share my struggles, and maybe they can share theirs, and let’s break down this stigma around mental illness.”

Occhipinti was about 4 when she began struggling with mental health issues. While she didn’t have the language or emotional maturity to say it then, she knew she felt different from her peers and experienced a constant pressure to fit a certain mold. Being a twin, Occhipinti also grappled with her own identity and body image. Societal expectations on how she should look and act put even more strain on her.

“I didn’t understand what was happening,” she said. “The people around, they wanted to help me, but they probably didn’t know how to, either. I pulled away and just turned everything inward. I learned to be silent.”

Her anxiety and depression as well as an eating disorder followed her throughout adolescence and into high school, even causing her to have severe suicidal thoughts. Finally, when Occhipinti was 18, she began the healing process by starting therapy, where she worked through all of the things that held her back for so long.

“It felt like I was finally able to see clearly,” she said. “I was able to get out of the darkness that was mental illness and love myself for who I was for the first time. It was eye-opening, and I just wanted to share that with people.”

Writing remained a constant form of self-care for Occhipinti, even during the darkest times. Whether she was journaling or writing poetry, it was easier for her to write down all of her thoughts and feelings than speak them aloud. She began her blog,kelseyannocchipinti.com, in 2016, where she writes openly about her journey through recovery, relapses and triggers, finding happiness, starting over and more.

Through writing and sharing her own experiences, Occhipinti hopes to help others and has received positive feedback from friends, family and even strangers, who have thanked her for her openness.

“I never imagined that so many people would reach out to me, but it’s been amazing to know that just by sharing my story, I could have helped someone who felt like me,” she said.
Also through her healing journey, Occhipinti discovered her own sexuality and realized she was gay. Coming out felt like an invisible weight had lifted off her shoulders, she said, and she finally felt comfortable in her own skin. She used words as a way to connect with others again when she published her first book, “All the Things I Didn’t Say,” this past April. Inspired by Occhipinti falling in love, the book features poetry and more, all about the ups and downs of a first love. She aims to become a voice for the LGBTQ+ community.

“I wanted to write a story where a girl was talking about another girl,” she said. “Not her best friend she falls in love with, not where it had to be hidden because they were both girls, but just a love story. I really want to write these stories and normalize same-sex love and, hopefully, allow every single person to maybe see a piece of themselves on the pages.”

In addition to writing more novels and poetry, Occhipinti keeps up with her blog, though it’s not always positive stories. While she does use it as a way to share her milestones and inspiring anecdotes, she also is candid about the setbacks she’s encountered. Her writing is always real, open and honest, however, and in line with her recovery, which she must continue to work on and fight for every day. She keeps the Roman numeral of the day she “started over” – the day she began her path toward better mental health – tattooed on her arm to remind her of everything she’s overcome.

Occhipinti ultimately heals by helping others. If she could help or inspire even one person with her story of learning and growing, then it’s worth it.

“There’s the stigma around mental illness that people try to hide it, but they shouldn’t,” she said. “They shouldn’t be afraid to be who they are, imperfections and all. I just hope that by sharing my own story and being so open, I can show people there’s nothing wrong with them and this is something they can overcome. I want to give people hope.”

Meet Kelsey Ann Occhipinti
At home: Lives in Dickson City
At work: Service coordinator at Allied Services Waiver Coordination, Taylor
Inspirations: People who remain kind and resilient regardless of the circumstances in their lives
Aspirations: To become a voice for this generation within the LGBTQIA+ and mental health community, “letting people know they are perfectly made just the way they are and there is nothing to be ashamed about,” she said. “They should embrace everything that makes them who they are.”; to write novels about mental health and normalize same-sex love stories; and to start a nonprofit mental health organization.
Diversions: Writing, poetry, photography, hiking and helping others
Aversion: People who are ignorant and closed off to being open-minded about the way others see the world
Quote: “I don’t want to be just another face lost in the crowd. I want to be someone to remember. We are all capable of changing the world. I want to be remembered as someone who tried.”