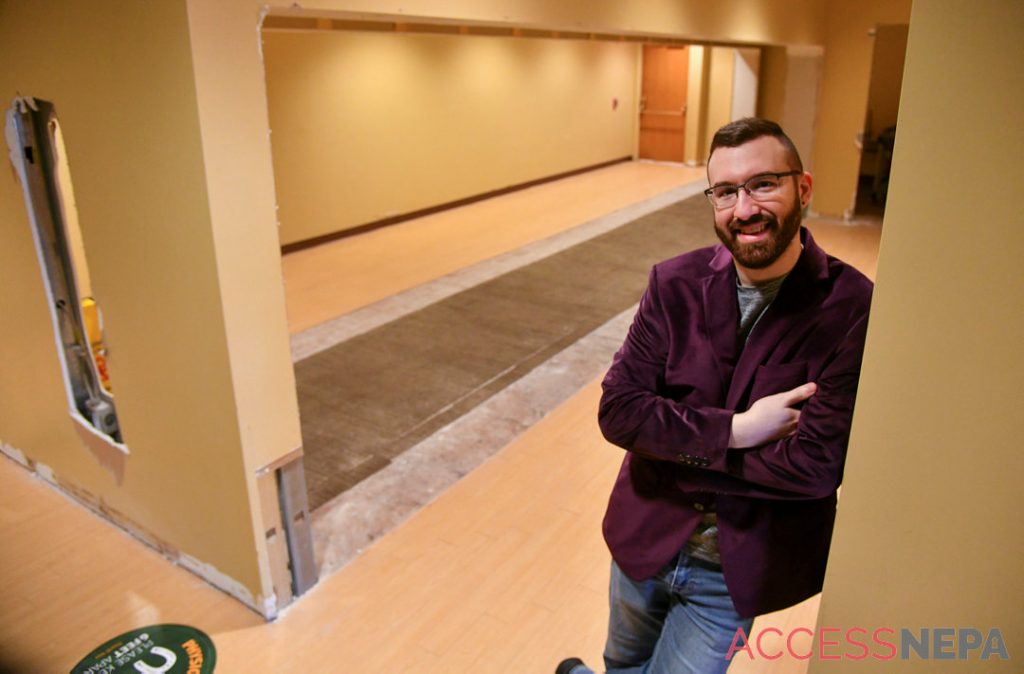 He walked away anyway. From the relative certainty of his job as a digital assets administrator at Penn Foster. Toward a future that, even then, even to a self-described dreamer, seemed uncertain.

Today, the 26-year-old is where he only hoped he’d be, and that’s a testament to two different things that have always been somewhat interconnected: His tenacity, and the burgeoning popularity of college esports. In February, 11 months after he quit his job, Marywood University hired Capoccia to be its Director of Esports, making him the man who will not only lead the Pacers’ newest athletic venture, but hopefully take it to heights he was the first to imagine it could go at his alma mater. To make his gamble on himself pay off.

“I really had to look at myself and say, ‘How bad do I want to prepare myself to be an esports director at Marywood someday?’ Capoccia said.

Three years after Lackawanna College started the area’s first collegiate esports team, Marywood plans to start competing in three of the more popular games being played around the country: Overwatch, League of Legends and Rocket League. The university hopes to have its own nearly 2,000-square foot, state-of-the-art arena open on the first floor of the Nazareth Student Center by August, with its art and communications majors playing as big a role in building the program as the student-athletes.

Marywood director of athletics Patrick Murphy said that, when he interviewed for his job in August of 2019, university president Sister Mary Persico, IHM, asked him his thoughts on competitive video gaming. Admittedly, Murphy was lukewarm on the idea, but a little more than a year later, Persico said the university was moving forward with plans.

Now, there’s something you need to know about the Dunmore native. He didn’t quit his job to pursue a career as an esports director. He did that because he wanted to be Marywood’s esports director. That campus is ingrained in his hometown. It’s where he went to college and where, while getting started on a master’s degree in the spring of 2016, he was encouraged to enter a business plan competition in which he’d have to organize a plan to start a business about which he was passionate.

He wrote that plan about starting a competitive esports program at Marywood.

He finished second in the competition, but it got the longtime gamer thinking: The plan didn’t seem all that crazy. So he pitched it to Marywood.

And even after some early “We’ll think about its,” he kept pitching it to Marywood. Even as his own patience waned.

By the fall of 2019, he was working as an unpaid, volunteer coach at Lackawanna under the Falcons’ program administrator, Teddy Delaney, because he knew he had to get started somewhere. That’s why he quit his job and spent 2020 doing, well, a little bit of anything he could find that had to do with gaming.

Essentially, when all his initial plans were squashed by the pandemic, he wound up coaching a rec league esports team; one that had so little clout in the industry, its name would mean nothing even to die-hards.

But, a member of that team knew a guy who ran a semi-professional team named Third Impact. And Third Impact needed a commentator.

“I kind of fell in love with it,” Capoccia said. “That kind of opened a world of networking that was really incredible and got me going. It was one stroke of luck and one good recommendation after another.” 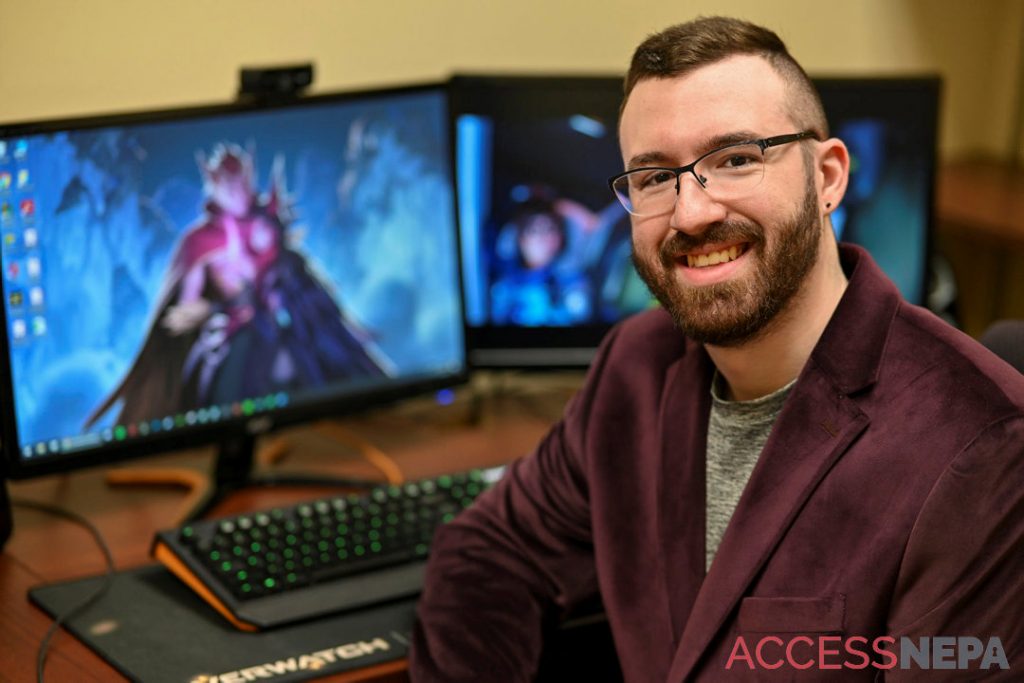 When Persico and Marywood finally decided to give esports a go late in 2020, Capoccia knew he had to apply. After a year of scraping by financially and piling up hopes quicker than prospects, he saw what he had always considered to be the flickering light in the distance.

He applied. A lot of people like him did. But Marywood’s esports committee circled back to the alum who kept coming back to them.

“What really struck me more than anything was Paul’s passion for Marywood University,” Murphy said. “I was thinking myself as I was going through this, ‘If he is this passionate, and he loves this university so much…’ Like anything else we’re doing here, we’re looking for a return on our investment. How could he not go out in the community and speak highly of Marywood and our esports program and try to attract students to come to Marywood for that?”

For all the talk about its overseas popularity and the droves of young fans who flock to internet sites to watch the best gamers in the world compete for championships, that’s really the driving force at the college level.

Like they did at Lackawanna and Keystone College, which offers a bachelor’s degree in esports and gaming management, the goal of esports is as much to draw attention from talented, prospective students outside of the traditional footprint. Marywood wants students who otherwise never would have heard of Marywood to consider furthering their education there.

It’s fitting for Paul Capoccia, really. Because this is where it all got started for him. This is where a worldwide journey pursuing an unconventional career brought him back. This, he knows, is where he always wanted to be. This, he hopes, is where esports will convince so many other students of the same.