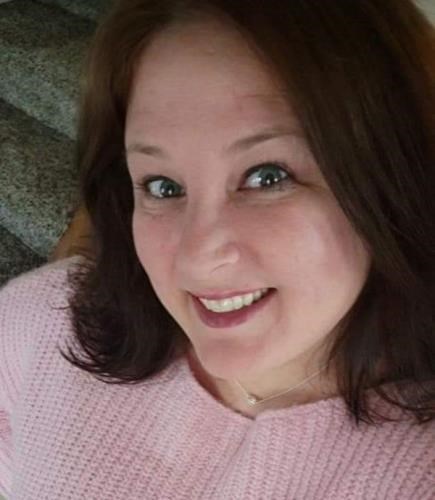 Who: Spending time with family and friends was what Tracy Bogdon lived for, said her cousin, Raynele Traveny. Originally from Lake Winola, Bogdon was the daughter of Nancy and Sam Farinella and late Wyoming County Commissioner Ronald Williams and Ellen Williams. She later moved to Larksville, where she lived with her husband of 20 years, Christopher, and their sons, Michael and Brayden. Traveny called her cousin “an amazing woman, mother, wife, and daughter.”

“Tracy had a presence that lit up a room when she walked in,” Traveny said. “She would easily befriend even the shyest person. Trying to resist her outgoing, happy personality was like trying to stop a wall of water.”

Bogdon simply loved life, Traveny said, and she looked out for others in her career. A registered nurse, Bogdon worked as a health inspector for the Borough of Plymouth and as an appeals analyst for CGS Administrators.

What: In late April, Bogdon entered Wilkes-Barre General Hospital’s COVID-19 intensive care unit but developed pneumothorax while undergoing treatment for the virus. This required her to have a chest tube, and after several weeks in the ICU, she developed what Traveny described as “major complications,” and doctors intubated her.

With her condition now severe, Bogdon was taken via helicopter to the Hospital of the University of Pennsylvania in Philadelphia, where she was put on an ECMO machine (a device that helps patients in respiratory distress) and was evaluated for a lung transplant. She remained heavily sedated and missed her son Michael’s graduation from Wyoming Valley West High School.

In late July, Bogdon’s family learned that she “had developed an antibody that would make getting a match for transplant extremely difficult,” Traveny said. Her loved ones continued to hope and pray, and they were by her side when the 45-year-old died on Aug. 9.

Why: Bogdon’s death has left her family in shock and their hearts shattered, Traveny said.

“Tracy’s mother, Nancy, lost her only child as well as her best friend,” she added. “Her husband, Chris, lost his rock and the love of his life. Her sons, Michael and Brayden, lost the most loving and devoted mother. I could go on and on as to all the lives that Tracy touched with her time here on earth.”

In addition to dealing with such an intense grief, her family also must face the mounting medical bills related to her care.

How: Bogdon’s loved ones have organized a fundraiser for Saturday, Sept. 25, at 3 p.m. at the Lake Winola Fire Company outdoor pavilion, 1204 Route 307, Factoryville. Tickets cost $15 and include a choice of soup (Roasted Red Pepper and Bleu Cheese Bisque, Chicken Noodle, Creamy Potato or Chili), sandwich (Turkey and Cheese or Ham and Cheese) and dessert (a cupcake or an Entenmann’s pastry). Bottled water, iced tea and lemonade also will be available.

The event also will include live entertainment by Bryan Banks, Dashboard Mary and Ronnie Morgan; a 50/50 drawing; a gift card punch board, raffle baskets; and a T-shirt sale. Guests can participate in a cornhole tournament, too; entry costs $50 per team and $10 per person. There will be payouts for first and second places.

Anyone interested in donating money can send contributions by mail to Chris Bogdon, 337 Mountain Road, Larksville, PA 18651; through Paypal at @Rtraveny; or through Venmo at @Raynele-Traveny.

In her own words: “Tracy would be the first one to support another family member or friend in need. This support and donations I hope will give Tracy’s family something less to worry about. I want them to be able to focus on all of the wonderful memories of Tracy and her legacy.” — Raynele Traveny, cousin