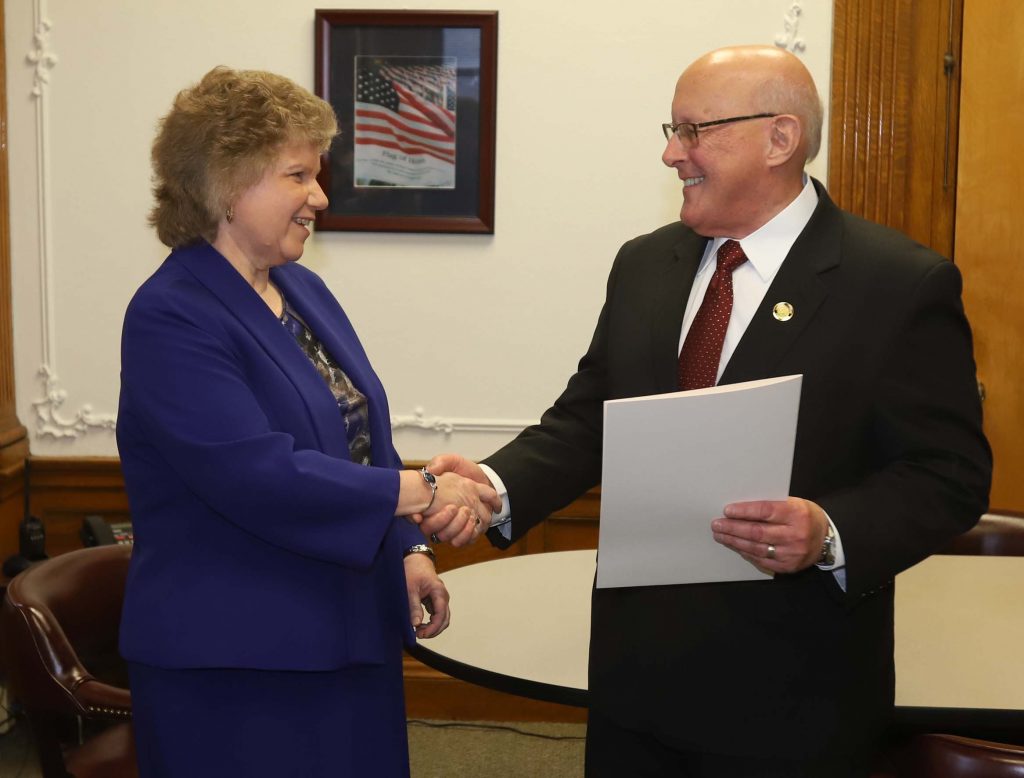 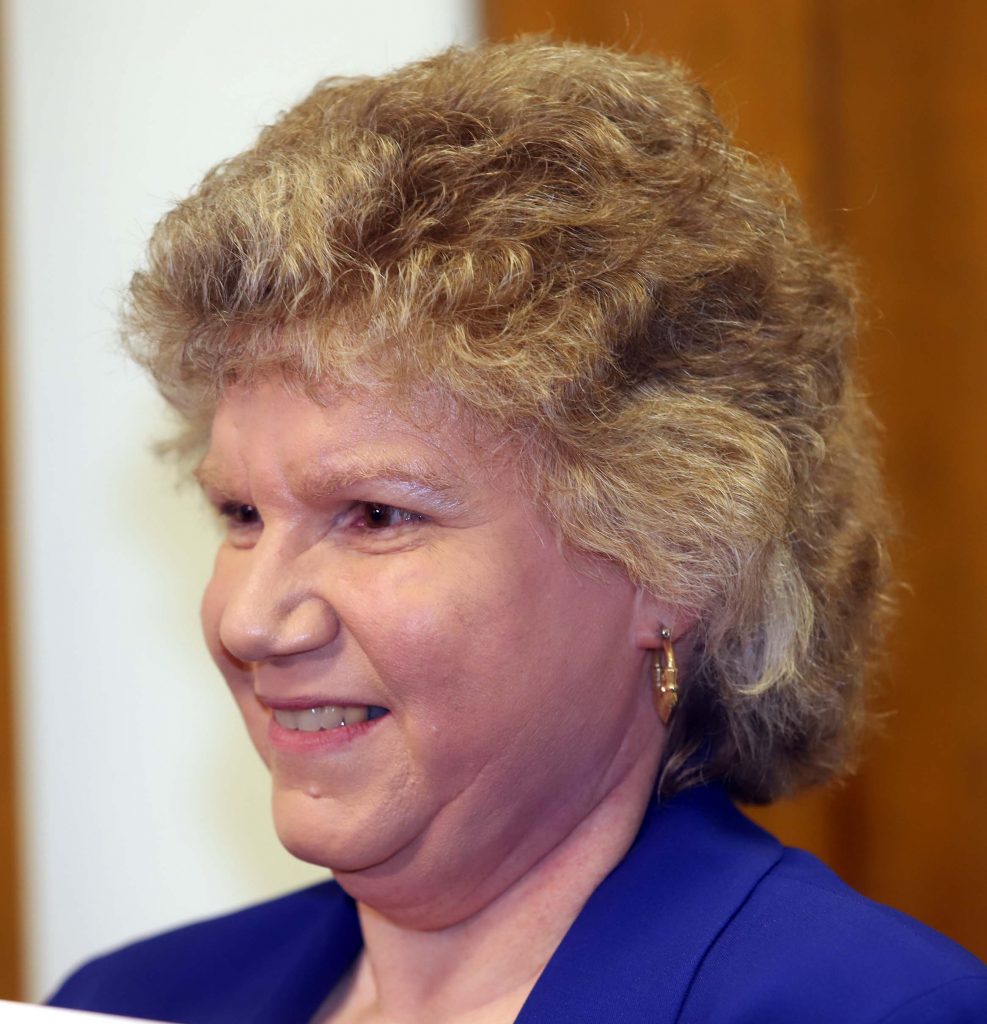 A lifelong city resident, longtime volunteer and a woman forever proud of her Irish heritage will be grand marshal for Wilkes-Barre’s 2020 St. Patrick’s Day Parade.

Mary Ann Amesbury, president of the Ladies Ancient Order of Hibernians Pennsylvania State Board, received the honor during a presentation in Mayor Gorge C. Brown’s office on Monday.

Amesbury thanked Brown for the honor. She said she was shocked when she received a phone call Friday asking her to accept the distinction in leading the city’s 40th annual Irish-themed parade.

“I’m looking forward to serving Wilkes-Barre as the grand marshal,” she said after noting that the Wilkes-Barre chapter of the LAOH also is celebrating its 40th anniversary this year.

She said she’s been celebrating St. Patrick’s Day since “the day I was born.”

She joined the Ladies Ancient Order of the Hibernians, St. John Neumann Division 1, Wilkes-Barre, in 1999 and was named Hibernian of the Year in 2002 for her outstanding and dedicated service to the order. She was appointed publicity chair for the LAOH state board in 2005 and won every election for the post at the next six conventions.

The LAOH is a charitable organization of Irish Catholic women.

Now, as president of the state board, Amesbury is responsible for 36 divisions and six county boards.

Active in her community and church, Amesbury served as a volunteer for the American Red Cross for 20 years. With her LAOH division, she has volunteered at St. Vincent de Paul Kitchen and participated in the Great American Cleanup, picking up trash along the Susquehanna River.

She is also a member of the Donegal Society.

Amesbury’s mother and her sister, Nancy Amesbury, attended the presentation with her.

Maureen Lavelle said she was ecstatic her daughter received the parade honor.

“I was really, really happy for her. I’m very proud. I think my brothers, her aunts, her uncles all will be very proud. We’ve been in this city since the 1850s when my great-grandfather came over,” Lavelle said.

“We ‘re just very proud of our Irish-American heritage. We fly the Irish flag during the month of March, but we also make sure the American flag is out there,” Lavelle said. “I told them since the time they were children, we’re Americans first, Americans of Irish descent.”

The parade is scheduled to begin at 2 p.m. March 15 from the intersection of South and South Main streets. It will proceed from South Street to and around Public Square and will continue north to Union Street.