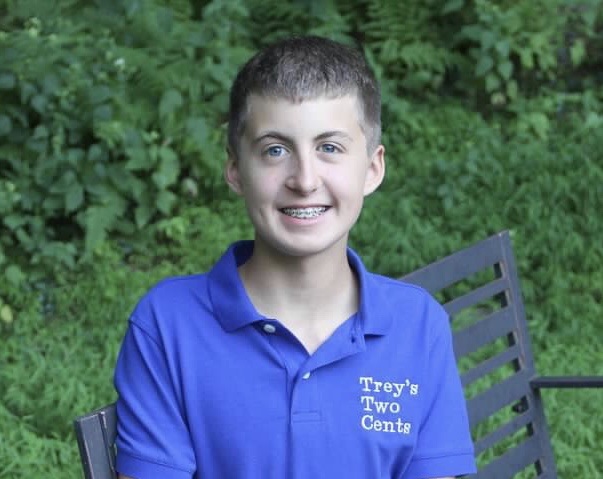 Trey DelGrosso could have sat back in his seat and just absorbed the negative remarks his classmates cast his way. Instead, the then sixth-grader with autism turned it into a chance to educate his peers about the disorder, an effort that launched him onto a public platform of advocacy and earned him a national award.

Now 13, the Pocono Mountain East Junior High School student and Swiftwater resident said he feels excited to accept a Yes I Can Award from the Council for Exceptional Children in Oregon next month. “I was like, ‘Oh my God, I won this award,’” Trey recalled. “I almost lost it. I was so excited. I was telling all my friends at school the next day. It was pretty awesome.”

Trey has had a tough journey to the winners’ circle, with his health issues beginning at birth and leading to one after another, said his mother, Jennifer DelGrosso. His struggle to eat as a newborn led to a hospitalization and a diagnosis of a cleft palate, forcing him to use special bottles because he could not form the necessary suction to eat out of traditional ones.

A “difficult” surgery at Children’s Hospital of Philadelphia corrected his palate at 9 months, DelGrosso said, noting her son could not use a pacifier and had to wear arm braces to keep him from putting his fingers in his mouth as he healed.

But even as an infant, she said, Trey showed himself to be a fighter.

“All of the things that he’s been through, he never complains,” DelGrosso said. “He never gets down on himself.”

Trey also had surgery to correct one of his eyes, which was turned inward at birth, and required ear tubes. He was late to develop with walking and talking, had constant stomach pains and acted aggressively, DelGrosso said. When he was 2 1/2, doctors discovered Trey had celiac disease.

“Once he got on the gluten-free diet, his whole demeanor changed,” his mother said.

Trey, who had low muscle tone, received physical and speech therapies, and occupational therapy addressed some of his sensory sensitivities. Ultimately, doctors diagnosed him with autism at 3, and today he is considered to be on the high-functioning side of the spectrum. 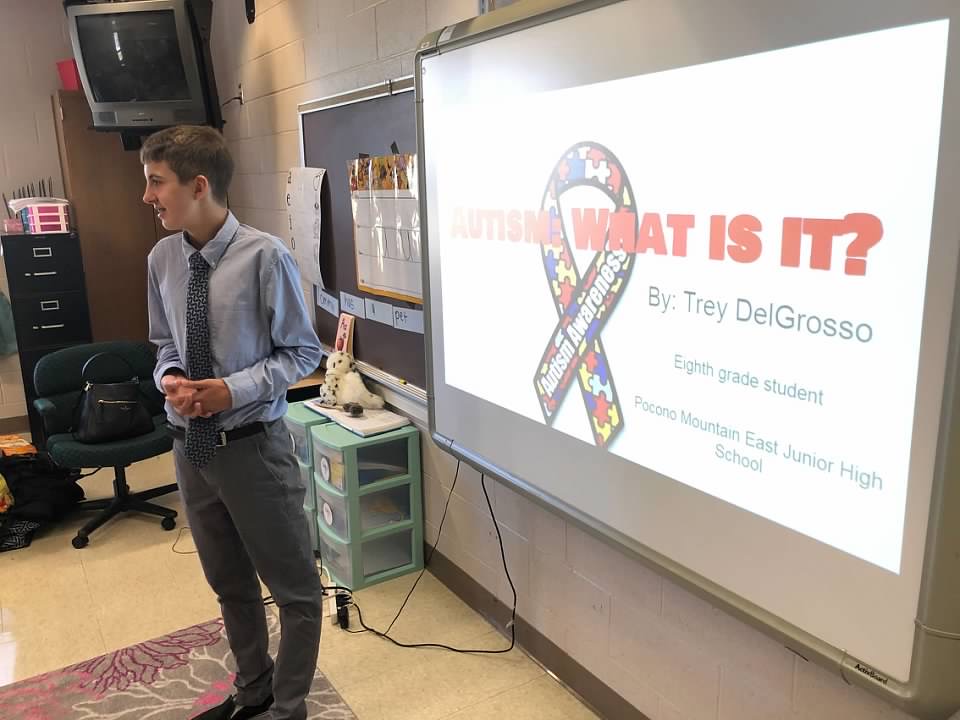 SUBMITTED PHOTO
Trey DelGrosso gives a presenation about “Autism: What Is It?”

He takes medication for anxiety and focusing, and a paraprofessional works with him at school. Some of Trey’s mannerisms — which include jumping, clapping and squeaking — drew the attention of his classmates, but that ultimately brought Trey to his current path.

“They would stare at me,” Trey recalled. “They would make mean comments, and I would just feel very, very bad. I was so sad.”

He felt he needed to do something about the situation, and his developmental pediatrician recommended that he give a presentation about autism to his classmates. Trey and his paraprofessional created the talk, which he gave to two classes.

“They were so interested,” Trey said. “They shared their own stories. It was pretty awesome.”

Trey had great teachers who assured him everything would be OK, DelGrosso said, and it actually ended up even better. Trey noticed the change in his classmates.

At first, DelGrosso didn’t think Trey would go for giving a presentation, since he tended to shy away from even using the word “autism” before. Now, though, he lives by the mantra “There’s nothing wrong with me” and shares it throughout the community. After those first school presentations, Trey started getting invitations to speak from Boy Scout troops, 4-H Clubs, colleges and disability organizations.

He has given 16 talks so far, including at a conference at Kalahari Resort in the Poconos where he spoke to 300 people, his largest group to date. Trey also has spoken about his celiac disease at CHOP and can tailor his talk to various groups.

“He’s kind of been all over the place,” DelGrosso said. “He kind of takes any opportunity he gets.”

Audience members tend to share their own stories with Trey as well and tell him that he has inspired them.

“They get emotional and … it makes my heart happy,” Trey said.

Even the occasional bump along the way just seems to emphasize Trey’s wider message. He had one talk where his anxiety caused some gagging issues, but DelGrosso, who stays with Trey at the talks, pointed out that “the presentation is ‘Life with Autism,’ and this is life with autism.” 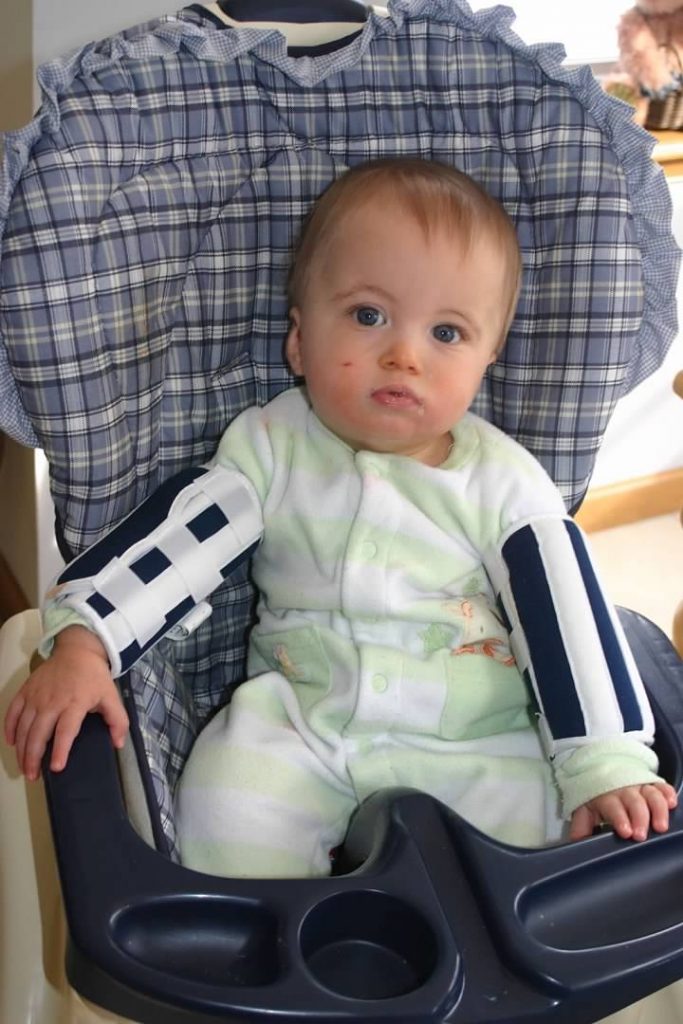 Since he has started public speaking, Trey’s confidence “has gone through the roof” and helped him find his place in the world, his mother said. They also have enjoyed making connections with families new to autism diagnoses and giving them “a glimpse into what’s possible,” DelGrosso said. On the Trey’s Two Cents Facebook group and Instagram page, they share details about his speaking engagements and work in the community.

Last year, DelGrosso decided to nominate Trey for the Yes I Can Awards after learning about them through a cousin who works with adults with special needs.

“When I read about them, it seemed like a perfect fit for what he was doing, and he works super, super hard. … I never dreamed that he would win, but I thought for all the work he did, it was at least worth a try,” she said.

The application involved an essay and video, and the DelGrossos learned in September he had won in the category of self-advocacy for his public speaking and would receive the award at a February conference in Portland.

Outside of the spotlight, Trey is a typical teenage boy, interested in cars and video games. He loves spending time with his family and supporting his 12-year-old sister, Tessa — who works the computer for his talks — at her sporting events. Trey also is working on starting a podcast focusing on autism, celiac disease and his challenges but also will include interviews with other people who have overcome their own troubles.

“I don’t know that you’d ever meet a kid with a kinder heart or just someone who wants to connect with people or learn about people,” DelGrosso said. “And it’s not easy for him, but it’s important to him, and he’s worked really hard to make what’s important to him happen.”

As a teacher, she said, she sees how unusual it is “for a child of his age to be so comfortable in front of people.”

“I’ve watched him through all these presentations, and the bigger the crowd, the more life he seems to have,” she said. “We all talk about what our strengths are. He’s very personable. … I hope he can find a way or we can find a way to turn this into a career for him.”

Overall, DelGrosso said, Trey is “doing fantastic” and has come so far in the decade since his autism diagnosis. She hopes people will learn that “autism is not a label.” It might be part of Trey, she said, but it’s not who he is.

“I couldn’t be more proud of him for all he’s been through and how hard he works,” she said. “Of course we still have challenges and struggles every day, things we work through. When you look at where he was and where we are, I couldn’t be more pleased.

“We were very blessed along the road with just amazing people … the therapist, doctors at CHOP, persons at school. We’ve been very, very lucky that we haven’t been taking this journey alone.”

While public speaking might not end up being a full-time job, Trey sees it as something he could at least do on the side.

“We’ll see where life takes me,” he said.