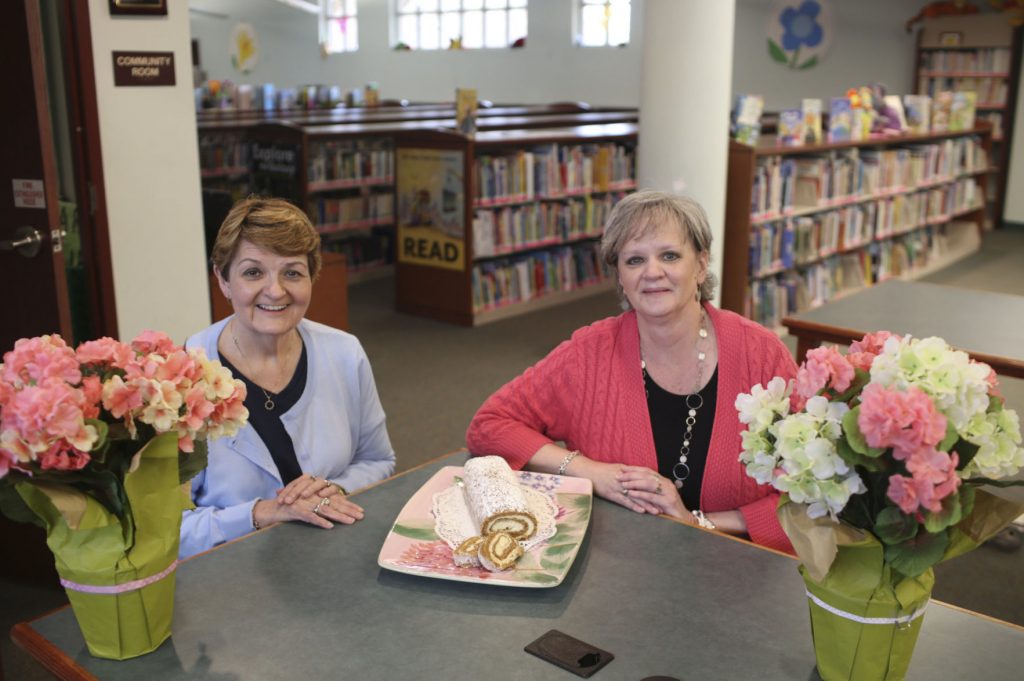 Library finds a hit in sales of pumpkin treat

Taylor Community Library came up with a sweet fundraising idea that turned into a tradition.

In 2007, libraries across the state lost funding, and staff and volunteers were forced to get creative with fundraising, library Director Jeanie Sluck said. Mary Wickizer, the children’s librarian and an avid baker, came up with the idea to make and sell pumpkin rolls. After finding a recipe, the staff members each contributed their own touches to create a new pumpkin roll recipe, which yields the perfect treat, Sluck said.

When it was time to start selling them, no amount of money was too small, and they priced the rolls at $8 each, expecting to only sell about two dozen. By the end of the first sale, Wickizer made 112 pumpkin rolls. This turned out to be one of the library’s most popular fundraisers, and the beloved pumpkin rolls are still known by library patrons, who often would buy two — one to share and one for themselves, Sluck said.

“People just went crazy for it,” she added. “We never in a million years thought this would be such a hit, but people loved these pumpkin rolls. … God bless Mary. She was working every day, up to 10 hours a day, just baking. It was a lot of work.”

Wickizer, with help from staff, created the treats in the library’s small kitchen. To make the job easier, she set up stations for flouring, rolling, kneading and more to speed up the process. However, she only was able to make two rolls at a time. It was a huge undertaking, but those involved with the library were a tremendous help, including the several staff members who ran to the grocery store to pick up supplies and the board member who did the dishes.

Wickizer advised bakers to sprinkle some powdered sugar on the cloth used to roll the dessert so it doesn’t stick. She also cuts off the ends of the rolls so every bite is full of cream cheese filling. Finally, Wickizer and Sluck both stressed the importance of watching the pumpkin roll after it comes out of the oven. It cannot be too hot or cool down too much before adding cream cheese filling.

While the coronavirus pandemic has made food-based fundraisers like the pumpkin roll sale difficult, Wickizer and Sluck don’t rule out the possibility of it returning at some point. However, staff has kept busy with programming and more. The library has hosted virtual events throughout the pandemic, including cooking classes with Wickizer, story times and raffles. It will host a Mother’s Day raffle next month as well as participate in Scranton Area Community Foundation’s NEPA Gives on Friday, June 4, which invites residents to donate to nonprofit organizations across the region.

Fundraising is a huge part of the library, Sluck said, and being able to offer the community something special in return for its donations is what it’s all about.

“We’re here for them, and they support us,” she said. “It’s a beautiful relationship.”

Preheat oven to 375 degrees. In a bowl mix together eggs and sugar, then add pumpkin. Mix together baking soda, cinnamon, and flour. Slowly add to pumpkin mixture. Using a jelly roll pan (15 x 10 inches), line with parchment paper and grease with shortening or spray with cooking spray. Spread batter evenly in pan. Bake 10 to 15 minutes, until a toothpick inserted into the center comes out clean. Dust a thin, cotton kitchen towel with powdered sugar. Let cool for a minute or two, then turn cake out onto the towel. Remove parchment paper. Roll cake up into the towel, (starting with the short end) let it cool seam side down on wire rack. While the cake is cooling, beat cream cheese, butter, powdered sugar, and vanilla until smooth. Unroll completely cooled cake and spread evenly with cream cheese filling. Re-roll the cake into a log. You can cut off the ends of the log to make it even if you would like. Wrap in plastic wrap and refrigerate for an hour until chilled. Dust pumpkin roll with powder sugar before serving.