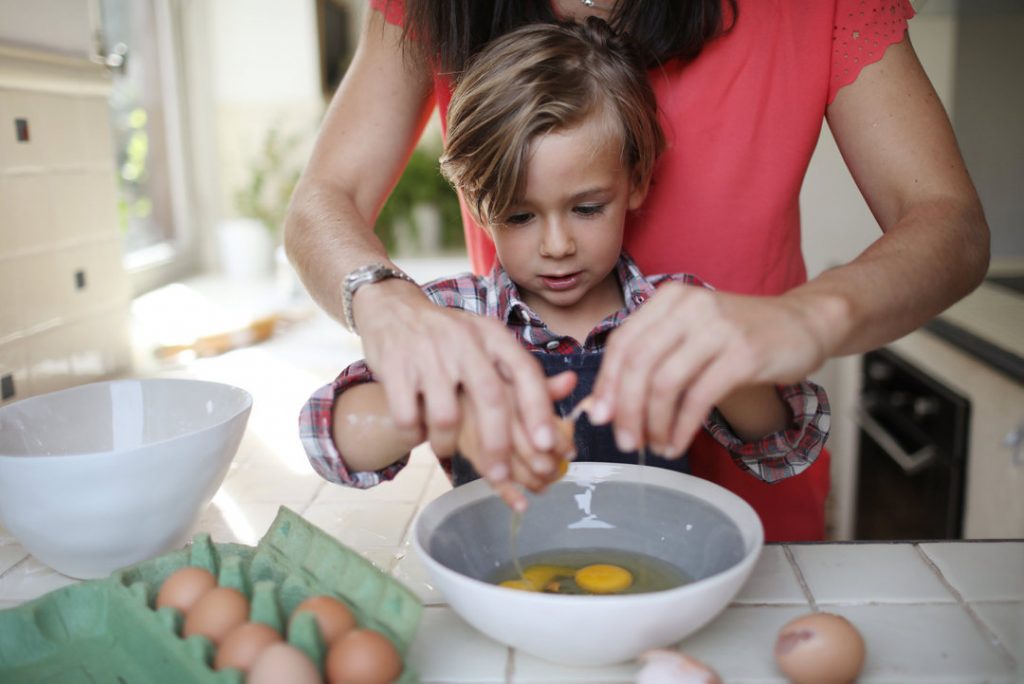 Learn to sew, cook and more in locals’ virtual lessons

With children itching for new things to keep them busy and adults finding themselves with more time on their hands, this makes for the perfect time to learn some new crafty skills.

Local and national businesses and organizations have taken their lessons online to conduct classes for sewing, cooking, crafts and more.

Sandi Graham, proprietor of the Sewing Room and the Vintage Kitchen in downtown Scranton, has held online courses including such topics as “Hemming 101,” “Sewing Machine Basics” and “Skillet Lasagna.”

She initially offer the courses through private Facebook groups and then moved to the Zoom video platform. Her first cooking class focused on using ingredients participants had in their home and making different sauces to give dishes variety, Graham said, and it went well, with Zoom allowing for interaction among her and the participants.

“It was a nice, quick meal. They’re cooking as I’m cooking,” she said. “It’s not like you’re just watching a video.” 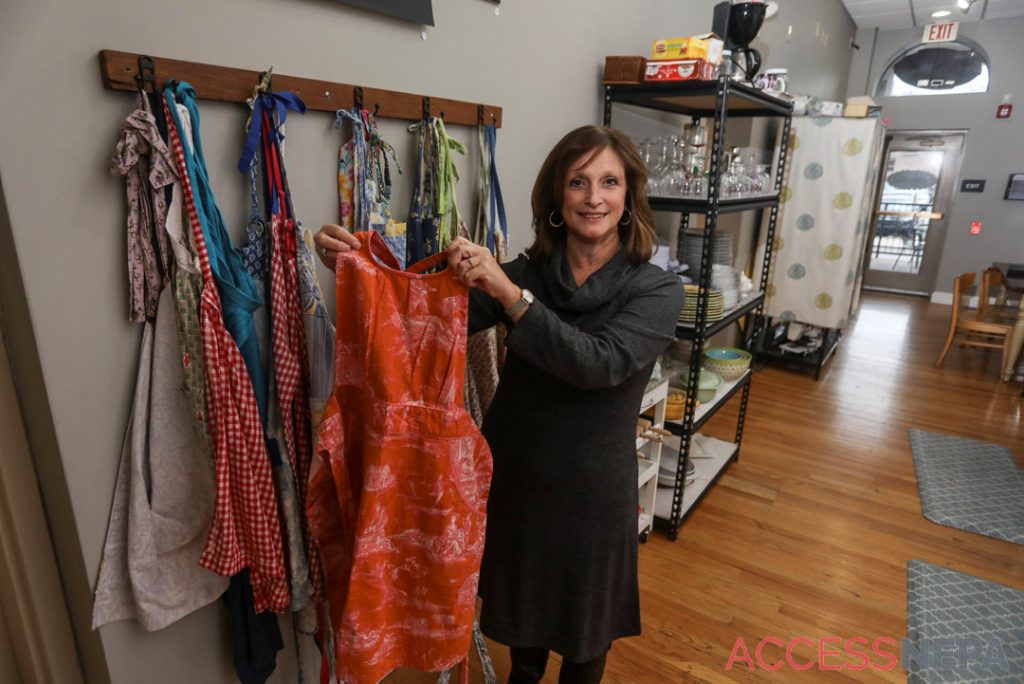 It also inspired her to set up a “Happy Hour” online cooking class where participants can sip along at home as they learn how to whip together dishes such as dips and appetizers.

Graham additionally posted various “quarantine challenges” on Vintage Kitchen’s website, encouraging the public to tackle tasks such as taking a tea break, making soup and getting creative with homemade pizza.

The online courses “remind people we’re still there, to have some kind of a presence yet while there’s nobody coming in,” Graham said, and also give small businesses much-needed income while their brick-and-mortar properties remain closed.

Colleen Munley, owner of the Art School of NePa in Archbald, initially thought she’d just have to close her school for a couple of weeks. And then word came that most businesses would shut down indefinitely.

“I thought, ‘Oh my gosh, what am I going to do?’ because, honestly, within 48 years I had no income,” Munley said.

So, she came up with a Plan B — offering online classes through Zoom. Munley typically has around 65 to 70 students during normal operations, and she has about 35 right now in the online-only lessons, both children and adults.

“I really like (Zoom) because it’s interactive, so I can watch the kids as they’re drawing, or I can say, ‘Am I going too fast?’” Munley said. 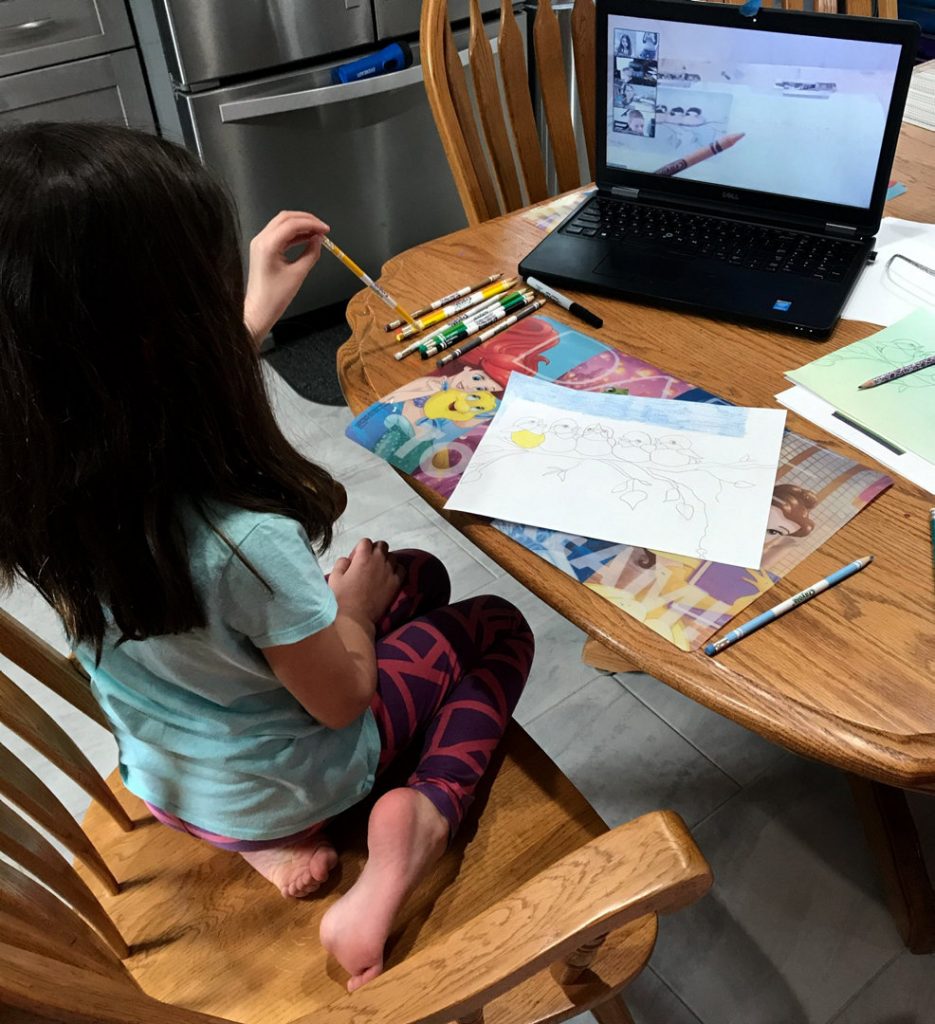 SUBMITTED PHOTO
Riley Zavislak participates in an online lesson through the Art School of NePa.

Since students work from home, they don’t have the higher-end supplies they would at the studio, so Munley said she focuses on projects where they can use basics such as colored pencils, crayons or regular pencils.

Munley also recorded a portrait class so she could share it with students who couldn’t make the live broadcast. The students watched the video later and sent her images of what they worked on that week so she could give them feedback.

“That seemed to work out really good,” Munley said.

Munley offers what she calls a “sneak peek class” where students can take a lesson to see if they like it before committing to a multi-week class (classes cost $20 an hour and $40 for a two-week lesson).

“I wanted to make sure that they felt comfortable enough to try one class and see what it was all about,” she said.

With schools closed for the rest of the academic year, Munley noted parents are looking at online courses like hers as a way to continue their kids’ education. They seem “thrilled they had something to look forward to,” she said.

“That part of it is even more important … just to be able to say, ‘OK, we’re going to snatch a little bit of normalcy back. We can still see our art teacher,’” Munley said.

As the mom of a 10-year-old, Kelly Davies, owner of creative space/studio Wonderful in Covington Twp., said she realizes the importance of kids having “daily interaction with children their own age.” Through online classes, she aims to keep her students connected to one another while physically apart.

“Also, art as a form of therapy to ease these children’s minds, anxiety and give them a (slice) of normality during this time was also at the forefront of my thoughts,” Davies explained by email. 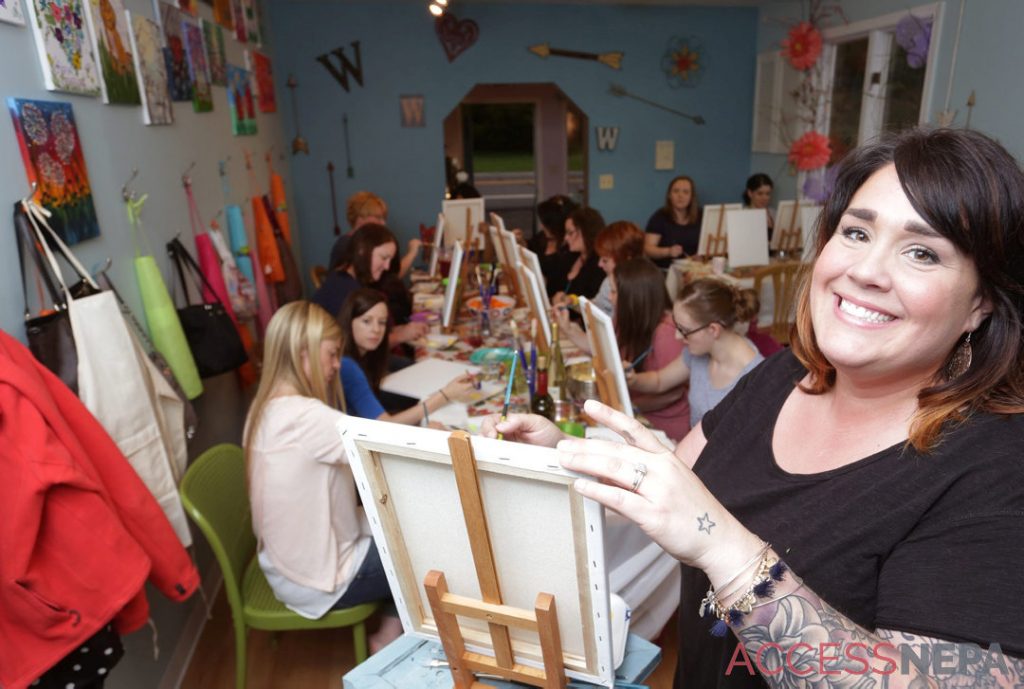 Davies had just celebrated her business’ fourth anniversary when she, like the others, had to close shop. She described Wonderful’s after-school art club as “the backbone of my business” and knew losing that would hurt not only the kids who participate but also her bottom line, so she moved instruction online. She now runs a class from her home studio weekdays at 4 p.m. on Zoom. The $8 class lasts an hour and requires basic art supplies like paper, glue and crayons. Davies also offers longer private sessions for $25.

“My work days look a lot different than they did three months ago, but I’m working, and my business just might make it through this after all,” Davies said.

Several national stores have instructions for DIY activities on their websites as well. At Lowes’ website, grownups can find more serious home-improvement lessons as well as instructions for crafty ways to say thank you to those on the front line of the pandemic. Kids, meanwhile, can learn how to build fairy gardens, make self-portraits using wood scraps and create funny-looking stress balls. At the Home Depot’s website, youth-focused projects include building birdhouses and bird feeders, pressing flowers and making a terrarium out of a fish tank.

And on its Facebook page, Valley Community Library of Peckville posts the “Get Crafty with Kristen” series, where followers can learn how to make such projects as a cardboard cat house, shaving cream marbling and snow globes.

Davies said she could never thank her patrons enough “for their continued support throughout these past weeks.”

“I’ve had clients reach out and ask if they can drop off groceries, send money, buy art supplies, purchase gift cards,” she explained. “It’s been an incredibly humbling and eye-opening experience. … They have shown me what family is all about.”