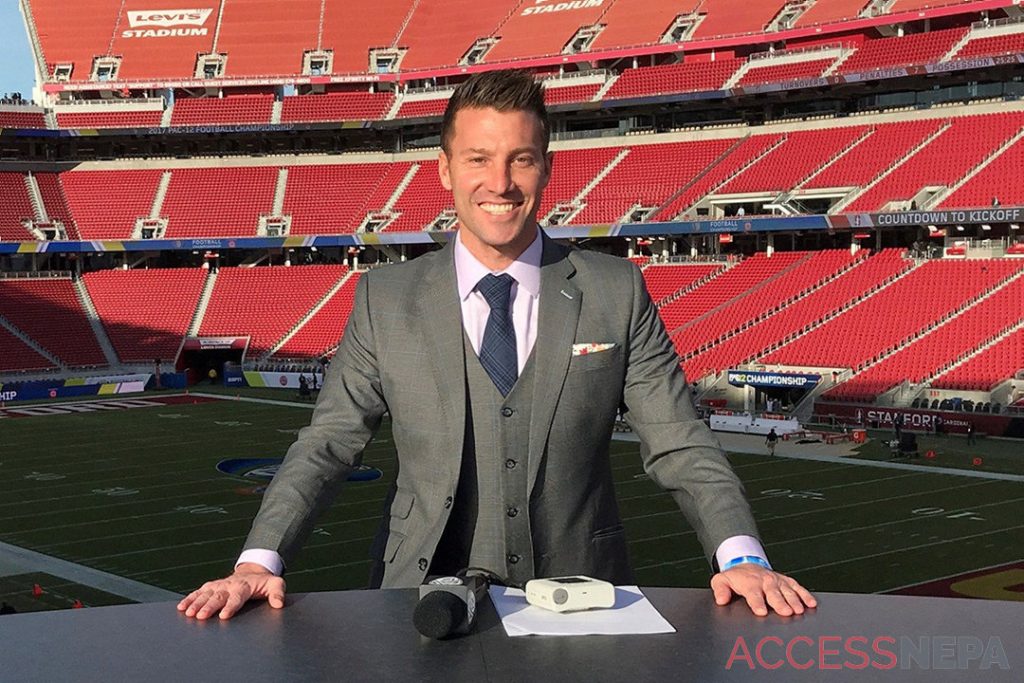 When Yogi Roth walked across the graduation stage at Lackawanna Trail in 2000, he was ready to face the world.

Now, more than 20 years later, the former Lion has reinvented himself every few years, peaceful in whichever path he finds.

Roth cannot be pigeon holed into one description, as he has been a player, coach, author, broadcaster, podcast host, filmmaker, speaker, and now television host of a new CW show called “All American Stories.”

His journey as a storyteller began before he ever played a down, shot a free throw, or shagged a fly ball as a three sport athlete in the red and white uniforms for Trail.

“Some assume my name, Yogi, is a reference to Yogi Berra, but they would be assuming wrong,” said Roth. “My parents gave myself and my siblings one Hebrew and one Indian name each. Yogi is a reference to the inner peace and calmness needed to be balanced.”

“My mom was a refugee of Germany and Israel- both of her parents were Holocaust survivors- and she always reminded us to make something out of ourselves,” he remembered. “One time, in elementary school I brought home my first bad grade and was upset about it. My mom said to me, ‘Dude, it isn’t about the “A”, it is about being American. You get to go to school.’ That hit me. She was heavily optimistic, never critical.”

As he went through the halls of the Tunnel Hill school, the current Los Angeles resident said that he and his teammates, including current Seattle Seahawks linebacker coach John Glenn, had something to prove.

He said, “In our era, I feel that our town of Dalton kicked out a bunch of athletes. We had a chip on our shoulders. It was about proving ourselves.”

From Dalton, Roth walked onto the University of Pittsburgh football team as a wide receiver, after people said he wasn’t good enough. But then he was playing in the second game as a freshman, starting as a sophomore. After the completion of his second season, he was granted an athletic scholarship.

Competing at Pitt, according to Roth, was more difficult than high school, as he was on his way to a communications and rhetoric degree, but playing at the highest level of NCAA football connected him with incredible people.

“From like ages 13-22, football was my life. I slept with my football. I missed out on a lot of things, but I was always trying to prove others wrong, instead of proving myself right. When I speak to college athletes now, I tell them to enjoy it. Every minute.”

Roth has also reached out to Trail coach Steve Jervis, and was part of an alumni video produced for the 2018 Lion’s team sending encouragement and well wishes as the team headed to the state championship game in Hershey.

“I like Coach Jervis, he is doing really well with the team. They are on social media and I check in on them from time to time. I have not had a chance to attend a game, I am usually busy all fall with the PAC 12 games, but Coach and the players have restored Lion pride in our community. Sports have the ability to do that, especially with his dramatic success.”

“I’d love to get back there,” he added wistfully.

He did return to the East Coast briefly, as his mother passed away and he spent some time in New York City and Dalton, reconnecting with family.

“It was a blessing to be back here during the pandemic,” he said. “I was able to see my family, and being here in the fall, it was very nostalgic. I usually only get back once or twice a year. I was able to follow the Lions’ few games in the newspaper, and see how things were going.”

Roth’s website declares he has been broadcasting college football, as well as other sports, for the last decade on the Pac-12 Networks, Fox, ESPN, Turner, Sirius XM, Bleacher Report and more. He is also in the fifth season of his podcast, “The Yogi Roth podcast: How Great is Ball.”

All while producing, directing, and starring in over 20 films and productions.

A writer first and foremost, Roth says he recorded his memories so he has a legacy to offer his sons, and to be able to recall his coaching days and stories.

Extending from his writing experiences, Roth is now onto his newest project, the CW network’s “All American Stories,” a concept he has been pitching for 15-20 years to various outlets.

“This speaks to me more than anything I have done,” he proclaimed.

“All American Stories” is based on the CW series “All American,” which tells a fictionalized account of Spencer Paysinger, a high school football player from LA who overcame his own obstacles to make it to the NFL.

Roth and Paysinger will travel around the country, telling the stories of inspiring athletes, and of those that have beat the odds.

“This is the reality TV version of its sister show,” he added.

“We started out with over 170 stories, and whittled it down to eight. All of these stories are amazing, there are so many, with different variables to narrow down,” Roth explained. “We created these two hour-long specials, the first airing on Jan. 11 and the second on Feb. 1. From there, they will be available online.” 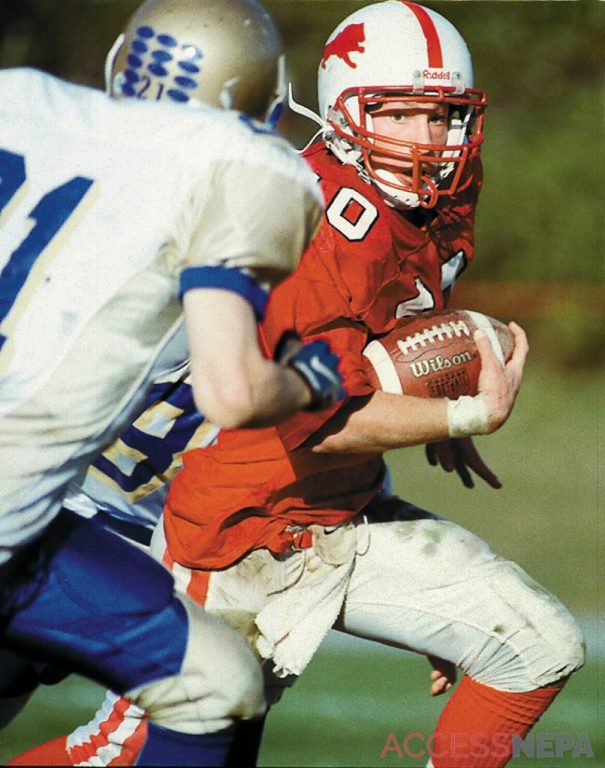 The episodes, which essentially have been packaged as short films, are cinematically brilliant. According to Roth the raw stories are powerful and have been incredibly received, basically telling themselves.

“This is the healthiest experience of my career,” he proclaimed. “I get to sit on the 50-yard line with Spencer Paysinger and watch and react as he relates his life to the story in front of us. Then we go over those stories together.”

The combination of Roth’s experience in sport, Paysinger’s life experience, and the production company Blue Ox, “All American Stories” would seem to be Roth’s swan song into a relaxing retirement.

“A big part of losing a parent in this pandemic, as well as having a baby, is being offered a new perspective,” he explained. “A yogi offers perspective and goes deeper. I dig deeper in my work, into the humanity of sport and stories, and am able to be deeper in my time with my wife and children.”

He added, “Do I miss coaching? Yes. A lot of my friends are at the point where they are entertaining and receiving coaching opportunities, and for a minute, I stop and think, ‘Hey, I could go back there,’ but then I look around and really enjoy where I am- talking about college football five months of the year. I get to bring my kids with me on set, my oldest has been holding cameras and taking it all in, and they get to meet some world class athletes.”

“I recognize that I get to do what I love. I get to write and talk about sports. I love being around teams, with the concept of togetherness, unity, and family. I get to tell the stories, and go deeper.”