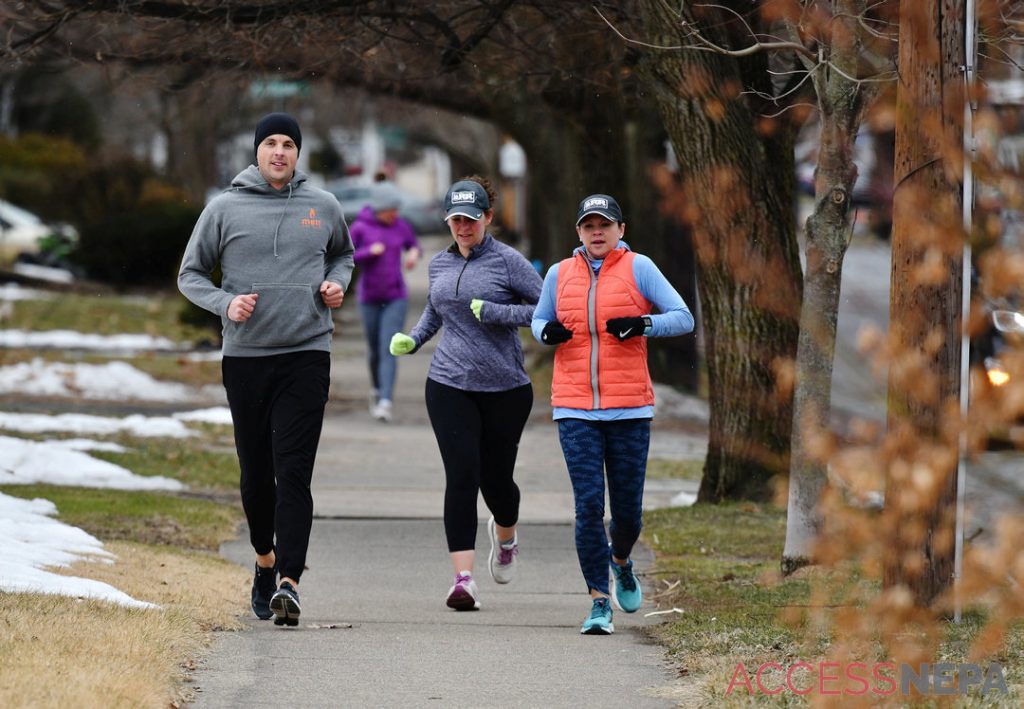 When Danny Kovalski recalls being struck by a vehicle five years ago, he pictures the spot where it happened. He remembers seeing pictures of the accident, what people have told him and what he read about it.

Last weekend, Kovalski finally put it behind him.

“It’s very emotional, but it’s also very impactful that I’m here today to be able to get by it,” Kovalski said. “Everytime that I ran by there, I’d pick up my pace and speed by knowing I’m able to get by it and that it’s past me.”

The Wilkes-Barre native participated in the David Goggins 4x4x48 Challenge, where he had to run or walk for 4 miles every 4 hours for 48 hours, from Friday through Sunday.

It wasn’t until recently, Kovalski said, that he was looking for a way to give back, and when he came upon the challenge, he focused on it. He decided he was going to raise money for Ryan’s Run Foundation – a nonprofit organization dedicated to helping children and adults dealing with disabilities and which directly funds Allied Services Integrated Health in NEPA. Following his accident, Kovalski spent about a month at the John Heinz Institute of Rehabilitation Medicine in Wilkes-Barre – an Allied Services facility.

As of Tuesday, Kovalski raised more than $10,900 through a GoFundMe set up for Ryan’s Run and donations made directly to Allied.

“It’s amazing to see the amount of support I had, but some amazing results have come from it,” Kovalski said. “And what I was able to raise to be able to give back to an amazing organization that not only helps me but has helped so many others? Yeah, the numbers are astounding.”

Kovalski’s planned route purposefully took him past the site of the accident that left him with a traumatic brain injury and other lingering physical effects like aches, pains, and instances of severe vertigo. Beginning in South Wilkes-Barre, Kovalski ran first on Pierce Street before crossing the levee onto Market Street, then made his way over the bridge before ending up back where he began.

The route was about 4.25 miles in length and paced at about 45 minutes. Kovalski said although he started the challenge with energy, that slowly ebbed away as the hours ticked by and the mile total went up.

“The challenge had an element of physical exertion beyond average,” Kovalski said. “You don’t realize how much your body needs to sleep.”

He began Friday at 11p.m., and ran every four hours until he finished his final leg at 7:47p.m. Sunday. Kovalski tried to take care of his body over the course of the weekend by stretching for 15 minutes before and after running, drinking water, sleeping when he could, and fueling mainly on bananas and fruit (and a piece of pizza from Jerry’s). But fatigue and shin splints settled in, which made the challenge more difficult. 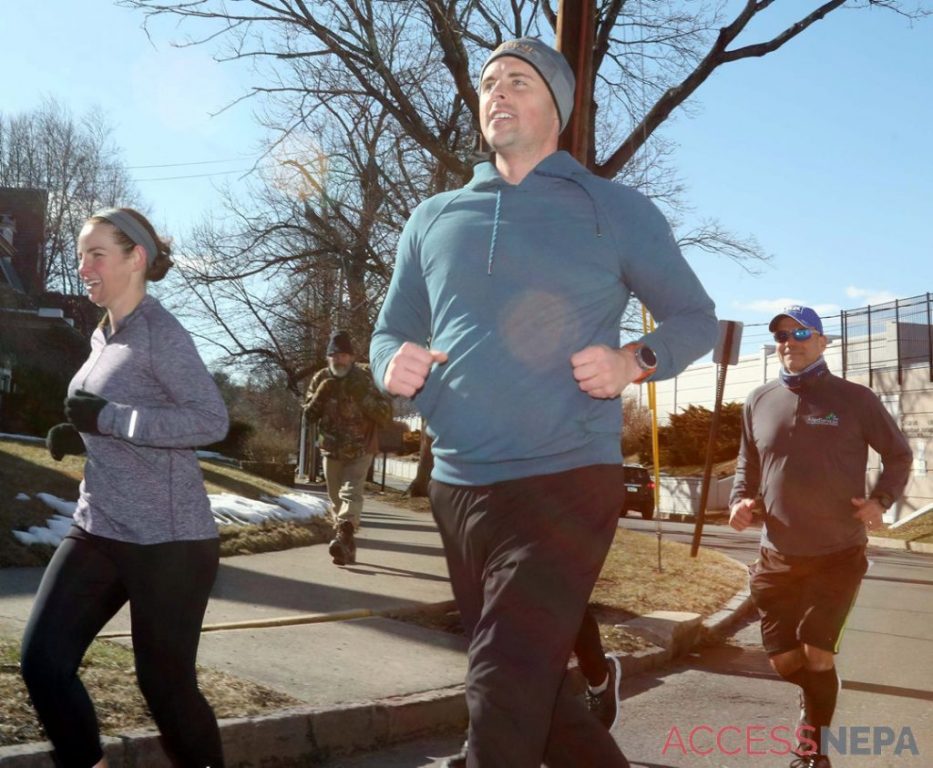 In addition to his wife, Maggie, his four daughters, and other family members, Kovalski had the support of friends and members of Allied Services Foundation, who also ran with him on individual legs of the challenge. Kovalski was posting to social media while completing the challenge, and said there was a ton of support and messages of inspiration sent from people all over the country through texts and messages on Instagram and Facebook.

As he finished the challenge Sunday night, Kovalski’s journey came to a full circle – he ran the final block with his pregnant wife and their four daughters into a circle of cheering friends and family.

“It was a great way to finish the 48 hours,” Kovalski said. “It is very rewarding. Going through it, suffering, knowing that all bad things come to an end and we sometimes just have to get by it.

“As much as it hurts, and it will always be very impactful to me, I know that I’ve come a long way and there’s no stopping me or anybody that has come through any challenge.”