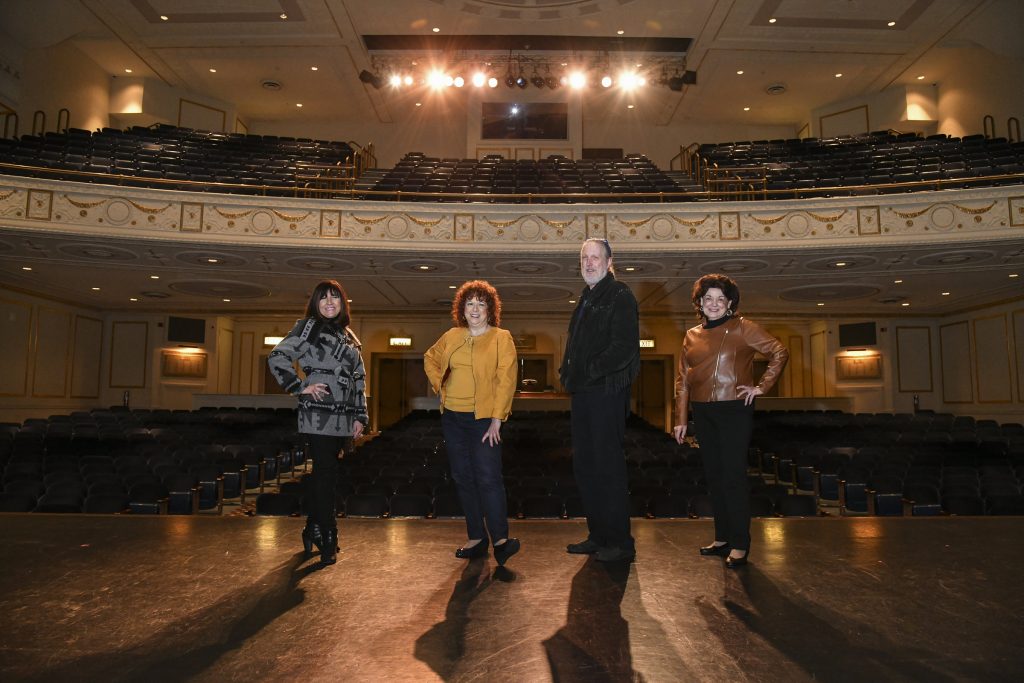 For the second year, the Italian American service organization will host a high school choral competition, an event that not only gives students a chance to show off their skills but also raises money for scholarships and charities.

Set for Sunday, March 1, at 2 p.m. at Peoples Security Bank Theater at Lackawanna College, 501 Vine St., Scranton, the program will include performances by Scranton, Dunmore, Abington Heights, Mid Valley and Valley View high school students, up from three schools at last year’s show. That inaugural program “went quite well,” said Michele McDade a former Scranton kindergarten teacher who came up with the idea for the competition and co-chairs it with Toni DiDizio and Cathy VanNort.

“The community — the audience — really enjoyed the performance, and we were just delighted that we had those three schools to start out with because now we have six groups performing,” she said. “It just grew, and we’re happy. … People were awed by what they had listened to and seen, and I’m telling you, to me it was like Broadway, that’s how great it was. I think the word got out that it was such a fabulous event and was a wonderful time with the performances.”

Abington Heights, Mid Valley and Valley View participated last year, and Lisa McConlogue, director of choirs at Scranton High School, feels glad her students can join them this time. She plans to bring a small female chamber choir as well as the Knight Rhythms show choir, a competitive group that typically spends January and February performing across the East Coast, which kept them from participating in last year’s UNICO show.

Getting to see and experience the skills of other local performers is rare for her students, McConlogue said, and she sees the UNICO competition as a chance for them to work on their skills and see what nearby students are learning, too.

“In a situation like this, we’re getting to actually socialize and be with choirs from this area and basically talk shop and compare notes, (which) is really a wonderful experience,” she said. “And the fact that it’s local is wonderful.”

The two-tiered competition will see the three larger school groups competing against one another and then the three smaller groups going head-to-head. Each will perform a classical song and a Broadway hit for the three judges, Erin Malloy, Lucy Sassi and Dr. Paulette Merchel. The audience also will vote for a people’s choice award. Tony Nicosia, former Broadway Theatre League of Northeastern Pennsylvania executive director, will serve as stage manager.

Tickets cost $10 for adults and $5 for students and are free for children 5 and younger. The groups that place first in each tier will receive $500, McDade said, and proceeds from the competition will go toward local charities and scholarships to graduating high school seniors.

McDade praised the directors for their ability to take adolescents and get them performing at the levels they are.

“If you saw these performers last year, they would have knocked your socks off because that’s how good they are,” McDade said.

As school budgets tighten across the state, arts programs, including music, have found themselves facing cutbacks, and those in Northeast Pennsylvania are no exception. McDade sees the choral competition as a chance to “encourage other schools who have released those kinds of programs to look at it again and say, ‘You know what? This is something that should be in our curriculum because what it does not only for individuals but also the community (is) it keeps the kids active in a positive way.’”

“Music programs are so important to a school’s curriculum,” she said. “It has been said that music leads to better brain development and can even relieve stress. It instills values like social skills, discipline, self-worth and can provide a positive attitude. I am of the opinion that music programs help keep students going to school. It keeps them involved, and it may be their one happy place where they can express themselves and shine.”

In Scranton School District, recent budget shortfalls led to a plan to reduce students’ exposure to art and music, among other cutbacks.

“For so many people, ‘Save the arts’ is lip service. … When we touch on the nitty gritty, if something has to go, then something has to go,” McConlogue said. “In this (show), then the public actually gets to see what our kids learn and what they can do with performances.”

Her students learn lessons about teamwork and how to present themselves in situations where they might not feel comfortable or sure of themselves. And they don’t just perform — they use their skills “for the betterment of the community” through various acts of service, such as performing at a Martin Luther King Jr. Day event, she noted.

“The public needs to see what they’re learning and then embrace the skills,” McConlogue said.

For directors like her, the choral competition also offers a chance to gather some outside input, which McConlogue noted helps her grow as a teacher. And for the students, the show gives them a glimpse of the true nature of the performing arts.

“Here in the schools, we try to simulate to the best of our abilities a professional show, if you will, but there’s only so much we can offer,” McConlogue said. “In a venue like Lackawanna College where they have all the bells and whistles … they get the idea of what it is like to be an artist and take their craft into a professional theater.”

The students thrive on performing, too, she added, and hearing positive feedback from someone other than their directors is beneficial for their self-esteem. The choral competition lets students shine in an age where they don’t often get such opportunities, according to McDade.

“One of the directors last year said, ‘Thank you so much for inviting us. We never get to showcase our kids, and this is one way to reach out and let the public know what we’re doing,’” McDade recalled.

“Music spans all ethnicities, all people, all thoughts, all imaginations,” McDade said. “It connects everybody, it makes us civilized, it’s just a part of our lives. It’s culture. Its our culture, so it’s important that we pass along that wonderful, beautiful way of life.”

Last year’s performances “just wowed me,” she said, and everyone who can should attend and receive “the gift of this wonderful performance.”

“These are quality performers … and it’s family entertainment,” McDade said. “You just can sit back and relax and enjoy the wonderful qualities that these directors have encouraged in their students.”