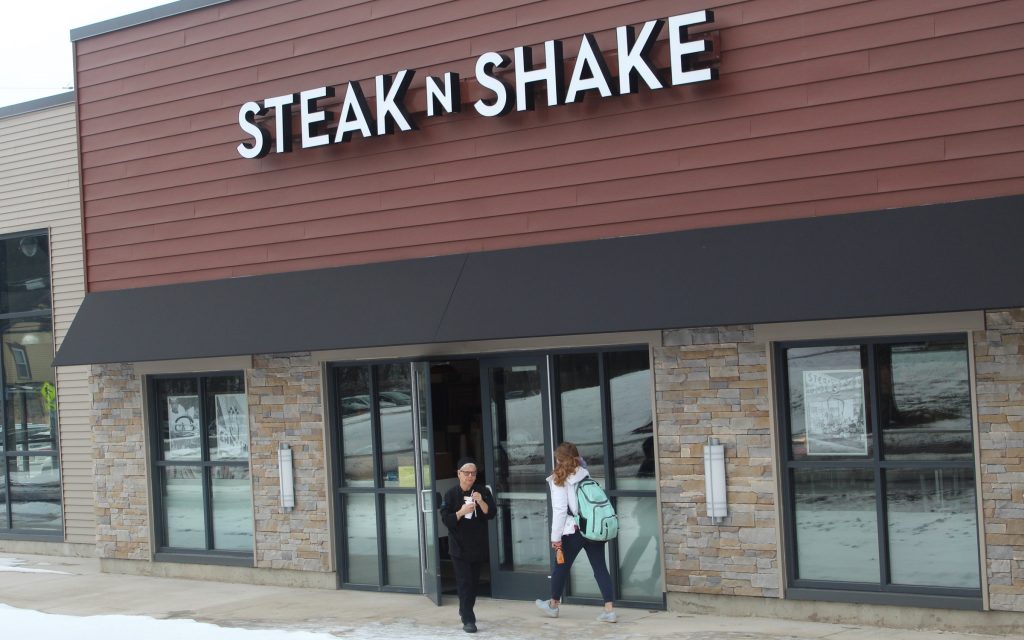 Keystone Commons a hub in Factoryville

The Keystone Commons at Keystone College has brought numerous business to the Factoryville area, and with it, job opportunities.

The new retail plaza has become home to a Steak ‘n Shake, the College Green Eatery & Market — which includes a Starbucks and the campus bookstore — Keystone Fitness and Penn East Federal Credit Union.

Sodexo, a food services and facilities management company, oversees all dining services at the college.

Steak ‘n Shake, an eat-in and drive-thru fast-food restaurant known for its burgers and milkshakes, has already hired about 35 employees but looks to bring on 10 or more.

The restaurant, which has a soft opening planned for Feb. 3, needs cooks, cashiers, supervisors and utility workers.

College Green has only brought on a handful of employees and looks to hire at least 20 more people. Available positions include cashiers, baristas and culinary staff.

In addition to housing the popular coffee chain Starbucks, College Green will also serve as a fresh food marketplace.

With the nearest grocery stores being miles away, Kishbaugh said the idea was to provide a convenient option for locals to purchase produce and other items.

With a trained culinary staff, he aims to have fresh foods such as soups and sandwiches prepared in house rather than totally relying on prepackaged items.

A soft opening for College Green has been planned for Feb. 10.

The former location of the Keystone bookstore in Hibbard Campus Center will be converted into a student lounge.

To apply for opportunities at Steak ‘n Shake and College Green, visit sodexousa.jobs and search for Keystone College.

Each position pays above minimum wage, with college students starting at no less than $9.50 per hour, Kishbaugh said.

“Folks that work for us are able to move up within Sodexo as well,” he added.

Sodexo plans to keep these establishments running all year long and may add more positions in the future.

“It’s a great way for us to expand and be a bigger part of the community,” Kishbaugh said.

Construction of the Keystone Commons began in early 2019. The college received $1.5 million in grant funding from the Pennsylvania Redevelopment Assistance Capital Program.

Manager Jason Gay said Keystone Fitness does not have any openings at this time, but always accepts applications for part-time front desk attendants at keystonefit.com.

Penn East spokesperson Katelyn McManamon said there aren’t any job openings specific to the Factoryville office, but the credit union is always looking for part-time tellers across its locations.

A grand opening for the Keystone Commons with a ribbon-cutting ceremony has been planned for Feb. 18 at 10 a.m., according to Keystone College spokesperson Fran Calpin.

Calpin believes the Keystone Commons is a “great addition to the campus” that will provide new opportunities for everyone in the area.

“We’re just really looking forward to it,” he said. “It brings a lot of excitement not only to the campus, but to the local community. This is really a very good example of cooperation between the community and the college, and we’re proud to be a part of it.”