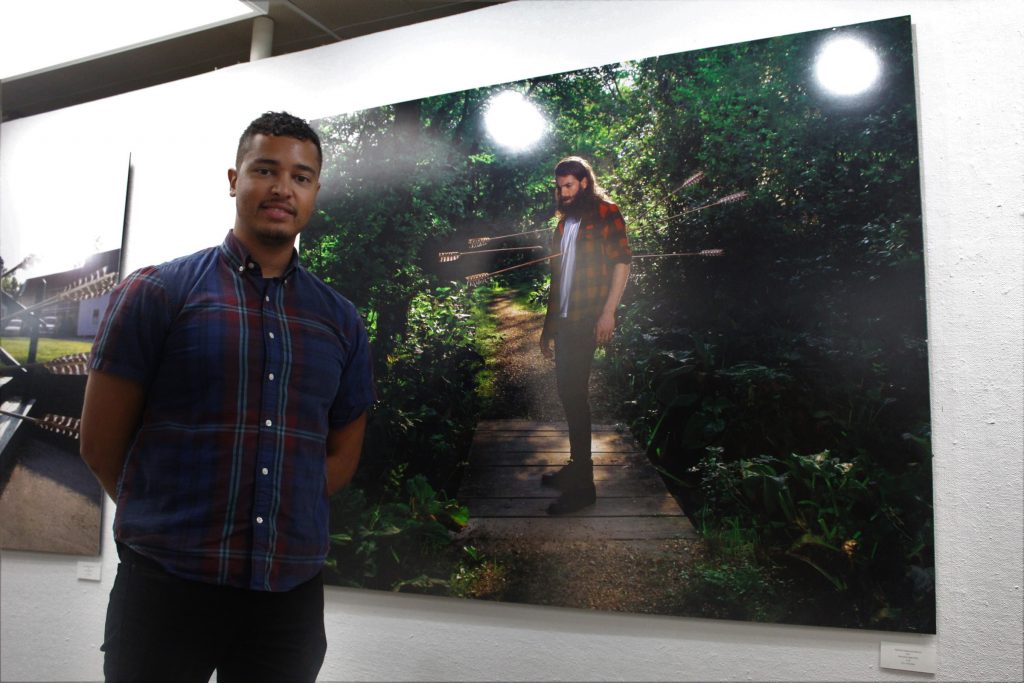 Artist Jeremy Dennis addressed a crowd at Keystone College last week ahead of the opening reception for his exhibition “The Promise of Idle Time.”

The exhibition features two series of his photography: “Nothing Happened Here” and “Rise.”

“It’s such an honor to have a solo exhibition at Keystone College,” Dennis said.

Before discussing his work on display at Keystone, Dennis shared his background and how he came to create “The Promise of Idle Time.”

“Eventually, I found myself producing digital photographs, which made the most sense to me,” he said, looking to photographers such as Philip-Lorca diCorcia, Cindy Sherman and Jeff Wall for inspiration. “All of the photographers I look up to for inspiration look at photography and visual art the same way we think of cinema and filmmaking.”

Their finished products often resemble a still taken from a film scene.

Borrowing a technique from Wall, Dennis also enjoys recreating memories. Rather than taking a photo in a moment, he might draw a sketch to remember it, then recreate the scene later on to photograph.

While taking art history courses, Dennis noticed the subject matter primarily revolved around western art, and he graduated pondering a question: “I really loved the work, but I wondered as an indigenous person, where are the Native American representations?”

Dennis has traveled all around New England photographing Native American powwows, and following his graduate education at Penn State University, he launched “On This Site” in 2016 with a Dreamstarter Grant from the nonprofit Running Strong for American Indian Youth. 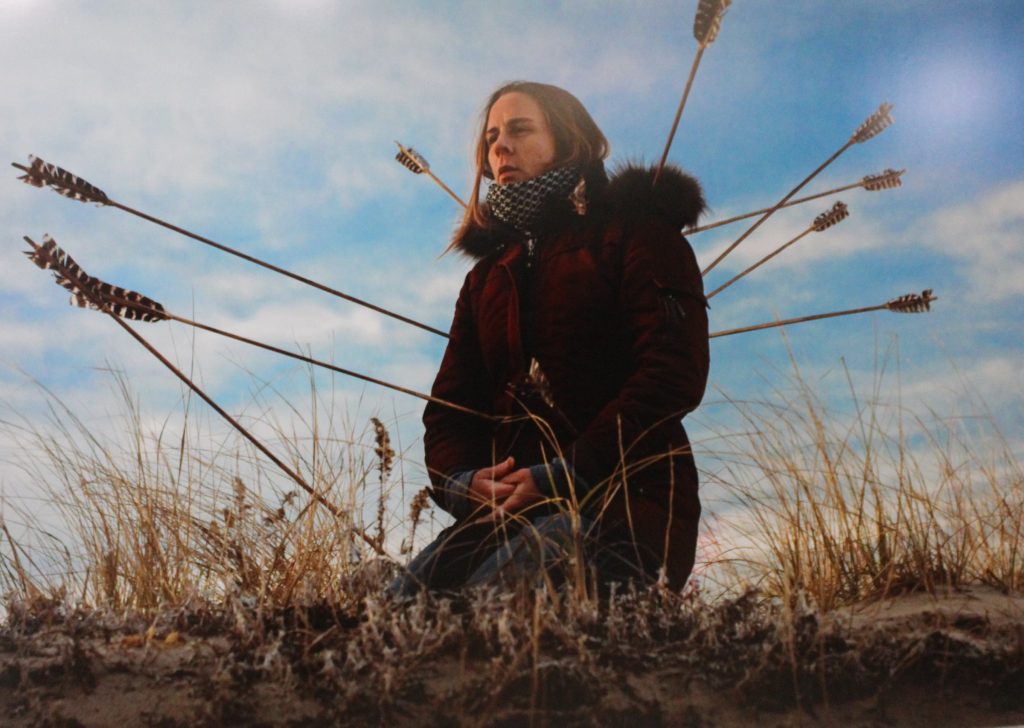 A piece from “The Promise of Idle Time” by Jeremy Dennis

“On This Site” features an interactive online map highlighting significant indigenous sites on Long Island and their history, some of which Dennis has photographed.

Through “Rise,” he reflects on the Pequot War of 1636, the King Philip’s War of 1675 and the fear of indigenous people in New England after this time period.

The series also focuses on the “ongoing subtle fear of indigenous people in the United States.”

“The title ‘Rise’ is important to me because when we think about indigenous people and contemporary time, I think that there is a compelling prospect that there could be rising or rebellion,” he explained.

The series also utilizes parallels with zombies and popular culture, he said.

The extensive research about indigenous history that has gone into Dennis’ work led him to another question: “Why is all this information new to me? Why is indigenous history something that we skim or dedicate a page to in our history books?

The title “Nothing Happened Here” was fitting for his intentions because the phrase seems to be a common narrative of America before perhaps the 19th century, he said.

Rather than acknowledging the presence of the indigenous people who were already there, he said people often imagine it as a blank canvas before colonization.

The photos depict people oblivious to the fact that they have been impaled with arrows, which Dennis said represent the physical burden of the history of colonization in America.

“By creating these images of people with arrows sticking out of them, I’m sort of proposing that same idea,” he said. “Nothing is really happening here and they might not even know it as well, if you look at their faces.”

Dennis said people may question why he created a series depicting white people being impaled, and assured that he does not carry resentment or anger towards them.

“I’ve always used art as a platform to talk about difficult issues and even in this series, I feel like there’s going to be some discomfort approaching the subject,” he said. “It is perhaps time to talk about reconciliation, reparation and land return.”

“The Promise of Idle Time” by Jeremy Dennis remains on display at Keystone College in the Linder Gallery located in the Miller Library until Nov. 23.

For more information about Dennis and his work, visit jeremynative.com.