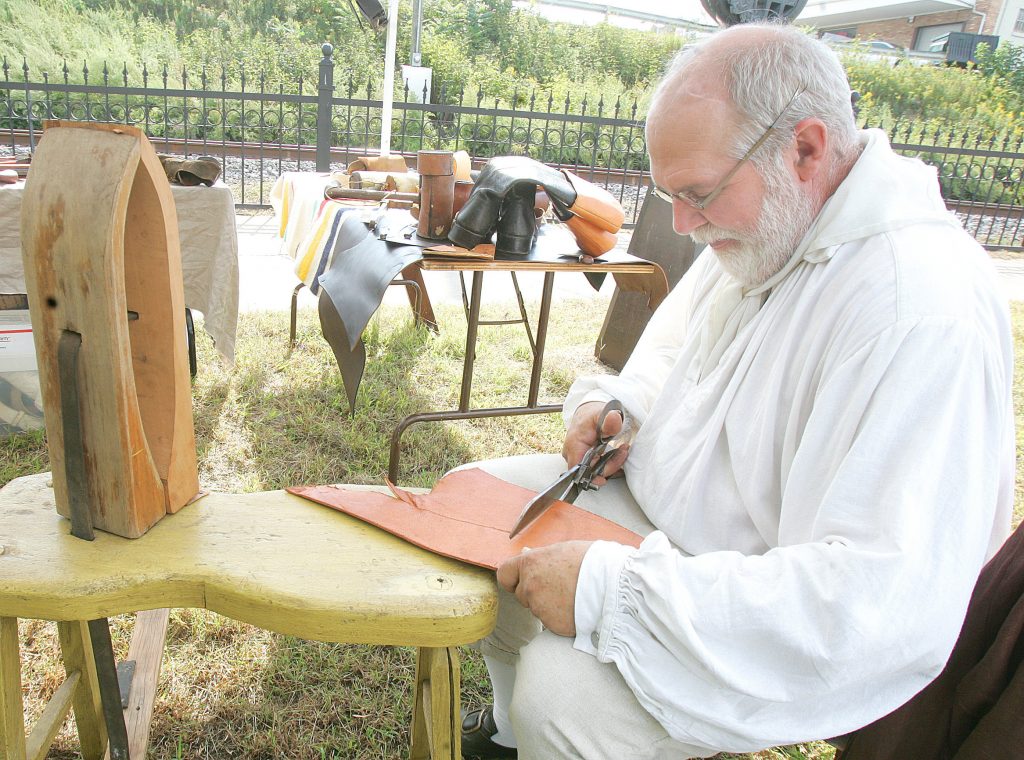 Journey to the past at Pittston Riverfest

In his second year as president of the Greater Pittston Cultural Coalition, Bob Price promises the 10th Pittston Riverfest on Saturday, Sept. 14, will be a blast. The Civil War re-enactors of the 47th U.S. Light Artillery Canons will be firing their canons over the river from Riverfront Park.

“They’ll be firing at least two times, maybe three,” Price said. The first canon blasts will be shot at noon.

Riverfest begins at 10 a.m. and runs to 4 p.m. The cannons are a new feature of the event. Also new is the location. All the vendors and entertainment will be set up in the former Cooper’s parking lot, rather than along the river, a move prompted by feedback from festival goers. The Riverfront will still host the canons and the wagon rides to the Knox Disaster and Eagle Shaft sites.

Pittston Riverfest was founded in 2008 by Joe Savokinis, then president of the GPCC. He’s no longer an officer, but still a volunteer worker. The annual event ran for three years, but was cancelled in 2011 because of the flood which inundated the Riverfront Park and Trail. The committee regrouped in 2012 and the festival has been running every year since.

A favorite feature of the event is the Five Mountain Bear Clan. A Native American group based in Wapwallopen, the Bear Clan will set up a teepee, display artifacts and demonstrate Indian ceremonies.

The overriding theme of the fest is history. Watch for historic reenactments by Civil War Generals and First Lady Martha Jefferson, wife of second president Thomas Jefferson. Robbie Flowers will show a mining history display with helmets, canary cages, tools, uniforms, other artifacts and will offer, as Price said, “a good explanation of the mines.”

The Frances Dorrance Chapter of the Society for Pennsylvania Archaeological will go deep into history with a display of finds from its dig in the Coxton area.

Kids will like panning for gems in a water flue with the Lucky Dutchman, Jan Lokuta’s Children’s Painting and the creatures from Endless Dreams Animal Rescue.

Along with Price, the other officers of the Greater Pittston Cultural Coalition are Keith Moss, vice president; Al Pesotine, treasurer and Helen Price, secretary.

“We’d like it to be more of a community event. We’re trying to get this thing to grow into some bigger and better things. We’d love to get to two days someday, but we’re not there yet.”

What’s holding back the growth? The usual culprits, volunteers and money. To help, visit gpccnow.org.