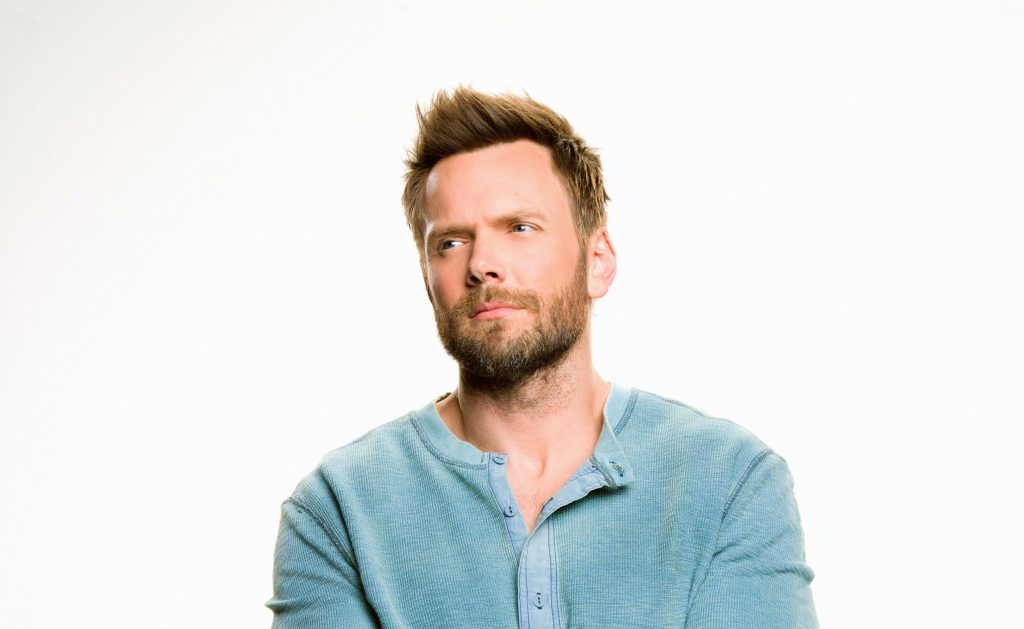 Before his stop in the region, Joel McHale already issued an apology to Northeast Pennsylvania audiences.

“Sorry I’m not from ‘The Office,’” he deadpanned during a recent phone interview from Los Angeles.

McHale, an actor and comedian best known for hosting E! Network’s “The Soup” and starring in television comedy “Community,” will be in NEPA on Saturday, Feb. 22, for a stand-up comedy show inside the Keystone Ballroom at Mohegan Sun Pocono, 1280 Route 315, Plains Twp. The show starts at 8 p.m.

While he never appeared on NBC’s workplace comedy set in Scranton, McHale knows the cast well and recently performed a benefit comedy show for Australia with some of its stars, including Rainn Wilson and Jenna Fischer. McHale also shared a network with the actors, as “Community,” aired on NBC for its first five seasons before Yahoo! Screen picked it up for its sixth and final one. The show’s cult following and McHale’s job hosting the satire clip show “The Soup” for 11 years helped him earn a reputation for sarcasm, self-deprecation and off-beat humor.

When it comes to his comedy show, he’s got big plans.

“If you’ve ever been to a Bon Jovi show in 1986 … feathered hair, pyro … it’s like nothing you’ve ever seen before,” he said. “What’s the show like? It’s me on stage telling jokes. I’ll be wearing jeans, a long-sleeved shirt, some type of athletic shoe. … It’s pretty innovative.”

McHale didn’t start his career as a comedian but as an actor. After nabbing some film and TV roles, E! called him in to audition for “The Soup,” which rounded up the oddest and most ridiculous television moments of the week. McHale continued to act throughout his time hosting, including on “Community” and in guest-starring roles on shows such as “Sons of Anarchy” and films including “Ted.” When both “The Soup” and “Community” ended in 2015, McHale had more free time but sought to continue working.

“I’m a workaholic, obsessive-compulsive and have ADHD, so I can’t stop moving. It’s weird for me to have a day off, and when I’m not working, I feel like I’m going to die,” he said. “So I have all these things I want to do, and I’m constantly working on them. It’s terrible for my family, and it might kill me one day. … I don’t know how else to do it.”

He used the newfound time to focus on varied projects such as “The Happytime Murders,” a black comedy mystery crime film set in a world where humans and puppets co-exist. He also played former “Community” co-star Chevy Chase in Netflix’s “A Futile & Stupid Gesture,” a film based on the rise and fall of “National Lampoon.” He released “Thanks for the Money: How to Use My Life Story to Become the Best Joel McHale You Can Be,” a book that’s part-memoir and part-self-help guide, and his own Netflix pop culture clip show, “The Joel McHale Show with Joel McHale.”

All throughout this time, he honed his stand-up act, traveling from city to city to perform, and his first comedy special, “Live from Pyongyang,” (actually filmed in San Jose, California) was released last August.

McHale continues to work on whatever projects creatively feed his soul. In the meantime, he enjoys seeing the country and sharing his stand-up with audiences.
Even though he’s not a former Dunder Mifflin employee, McHale hopes to make NEPA fans laugh.

If you go
What: Joel McHale
When: Saturday, Feb. 22, 8 p.m.
Where: Keystone Ballroom at Mohegan Sun Pocono, 1280 Route 315, Plains Twp.
Details: Tickets start at $25 and can be purchased at or the box office. Guests who buy tickets at the box office will receive one voucher per ticket for $10 in free slot play, valid on the day of the show.