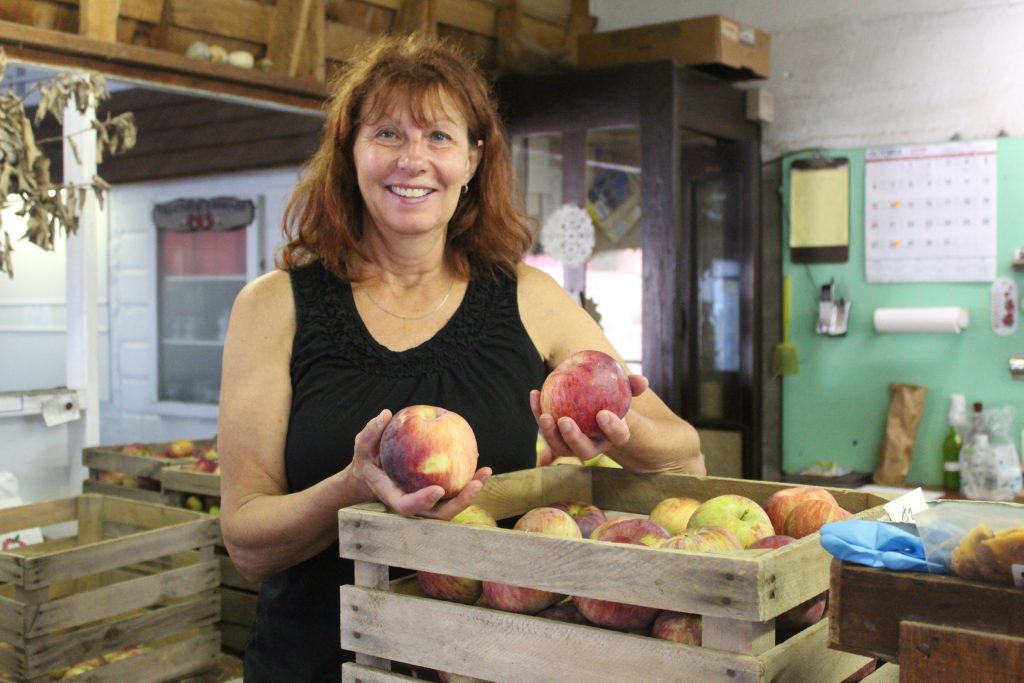 To most, the tree would appear insignificant. That is, until they learn it’s the only tree remaining from two generations ago when the Jayne family began harvesting apples.

Jeannie and her husband, Roger Jayne, operate the farm, which has been in the family for over 140 years.

In 1912, Roger’s grandfather planted the first trees, leading to the orchard eventually becoming an area staple.

“We’re into the third generation of trees,” she said.

Since its beginnings, the orchard has grown to harvest 50 acres of fruit, including peaches and cherries, both sweet and tart.

Monday through Saturday, Jaynes sells apples, homemade cider and other goods such as honey, jellies, jams and popcorn from 9 a.m. to 5 p.m., and on Sundays from 1 to 5 p.m.

Jaynes no longer offers apple picking to the community in the fall, though people could still visit during the summertime to pick cherries.

The apples can be purchased in different quantities, including mixed bundles.

Wet weather has impacted varieties such as McIntosh, as well as the orchard’s ability to produce the amounts needed for commercial buyers in the past two years. 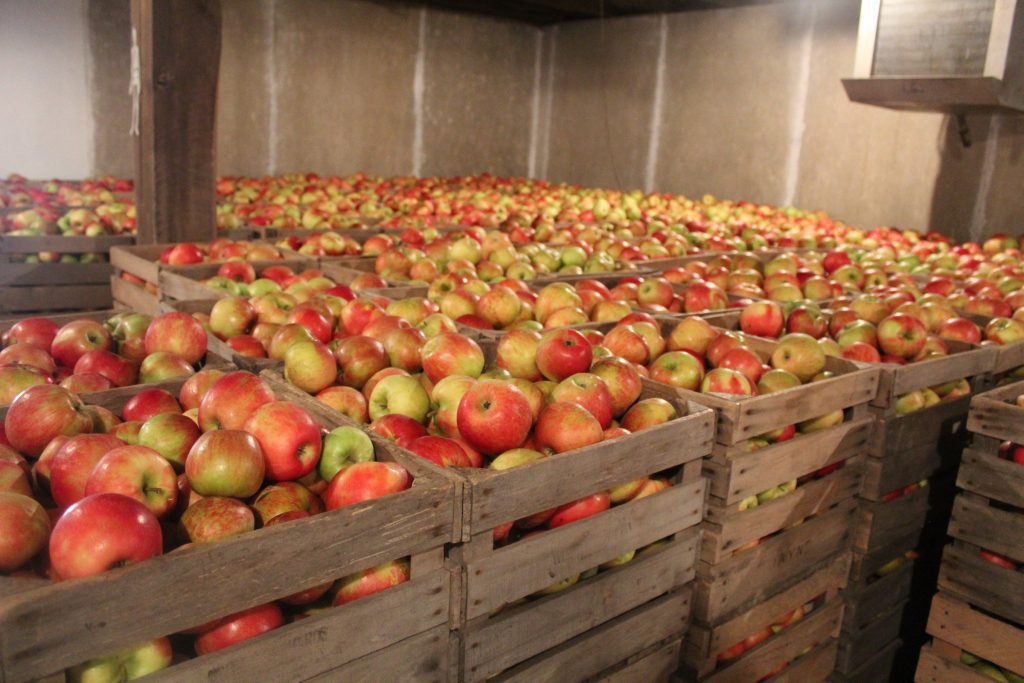 Instead, they have shifted focus to retail sales at the farm.

“We weren’t able to do certain things that we needed to do for certain varieties of apples,” she explained. “If people come in and we don’t have the variety that they specifically want, we do try to work with them. We’ll give them samples to see if there’s something else they might be willing to try.”

The Jaynes maintain the orchard all year round. This includes pruning trees during the winter if it isn’t too cold and the snow isn’t too deep.

During spraying season, it’s important to be proactive, she explained. Trees producing too many apples may also need to get thinned.

If necessary, the Jaynes plant new trees in the spring, with a harvest to follow in the late summer to early fall.

By the end of August, their peaches are ready, with apples beginning in September.

“Hopefully we’re giving them a good product,” she said. “A lot of the customers have basically seen me grow up and I’ve seen a lot of my customers pass on and their kids having kids, so I like to think we’re a family atmosphere.”

“I really feel a big part of my meaning here now is to educate children,” she said. “The stuff does not just magically appear in the grocery store, and there is a face behind the person who has touched this fruit to bring it to you.”

Growing up, her father did not have his own farm, so she appreciates the extensive history of Jaynes Orchard.

“I just love the fact that I’m able to be a part of something that’s been here for this long,” she said.

Her husband, Roger, on the other hand, started working at Jaynes right after finishing high school.

Over the years, he has witnessed the farm evolve, also hearing stories from the generations before him. For example, before bushel crates, the farmers placed the apples in barrels.

“They took them down to the train in Laceyville and sent them to Philadelphia, and a broker sold them for us,” Roger Jayne said.

Elk Lake second graders visited Jaynes Orchard in late September, which second grade teacher Danielle Baker said is a beloved tradition among elementary students, many of which had already visited before with their families.

“We always go on a Monday because that is the day they press the cider,” Baker said.

Rainy weather prevented the students from going into the orchard to pick an apple this year, but they were able to see the apple storage room. A worker also showed them the special bags used during the picking process to prevent bruising.

The Jaynes educated students about different types of trees and what could hurt them, as well as the importance of bees.

The school district, which has been planning field trips to Jaynes for at least 20 years, focuses on exposing students to different careers, and Baker believes meeting local farmers shows them an important aspect of their hometown.

“It’s just a really nice community experience for them and I think for Jaynes Orchard too,” she said.

The orchard is participating in “The Pumpkin Trail” with other local businesses on Friday, Oct. 18, and Saturday, Oct. 19, from 9 a.m. to 5 p.m. For information, visit facebook.com/pumpkintrail. Jaynes Orchard is located off Route 367 in West Auburn. For more information, call 570-869-1405 or visit “Jaynes Orchard” on Facebook.