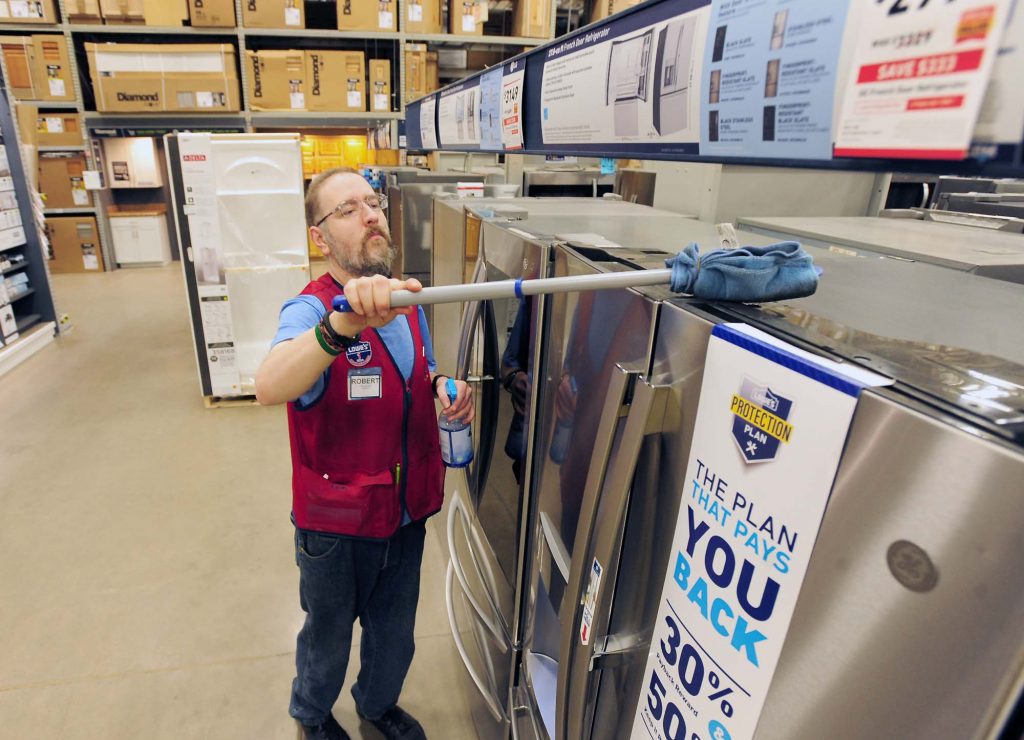 Home improvement retail giants Home Depot and Lowe’s are gearing up for their busiest season: spring.

Lowe’s is looking to hire 150 associates for the springtime rush at its stores in Luzerne and Lackawanna counties and about 80 at its distribution center in CenterPoint Commerce and Trade Park East in Jenkins Twp., said Lowe’s spokesman Sebastian Hale.

Officials from Lowe’s distribution center were at the Great Northeast Job Fair Wednesday at Mohegan Sun Pocono in Plains Twp. looking to fill full-time and part-time positions. Flyers at the job fair advertised a starting rate of $14.78 with extra pay for shift differentials and a retention bonus of up to $1,000.

Nick Bindo, manager at the Lowe’s store in the Arena Hub in Wilkes-Barre Twp., said the stores also will hold hiring events on Wednesdays called “Walk In Wednesdays” when people can apply for full-time, part-time and seasonal positions.

Interviews and on-the-spot job offers for full-time, part-time and seasonal positions were offered at hiring events. 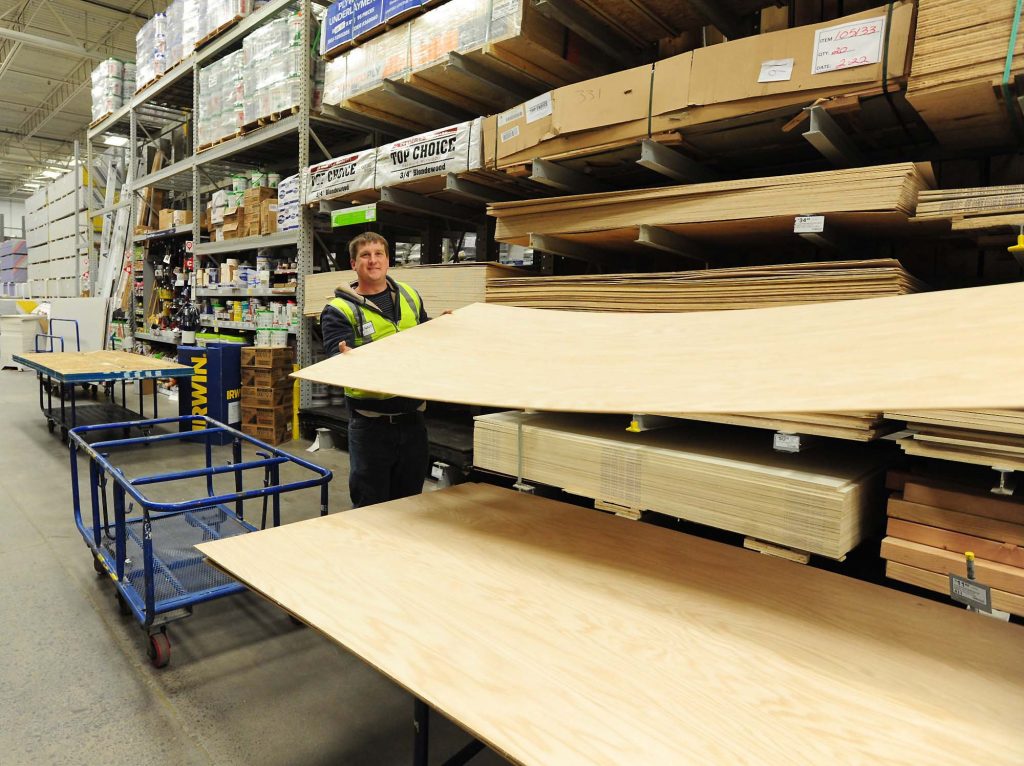 Across the U.S., Lowe’s plans to hire more than 53,000 associates this spring, the busiest season for home improvement projects. It’s busier earlier this year since the weather has been warm, Bindo said.

“Spring is absolutely our busiest time of the year, so we have to get ramped up and hiring,” he said. “The traffic has increased since we didn’t get much snow this year, so we’re looking to get them hired as soon as possible.”

Lowe’s officials said their peak period of spring is similar to the Christmas season for other retailers. “This is like Christmas times 10 for us,” Bindo said.

While seasonal positions for spring last about 90 days, Bindo said employees could apply for full-time or part-time jobs at Lowe’s after that. According to employment-related search engine indeed.com, the average salary for a Lowe’s cashier throughout the U.S. is more than $12 an hour.

According to a press release from Lowe’s, all hourly associates are eligible to participate in Lowe’s quarterly bonus program and benefit from competitive pay and a 10% employee discount. Last year, about 50% of seasonal hires transitioned into permanent part-time and full-time positions.

This spring, Home Depot plans to hire 66 new associates for its Wilkes-Barre store and 45 in Dickson City, according to Home Depot spokeswoman Caitlin Harvey. 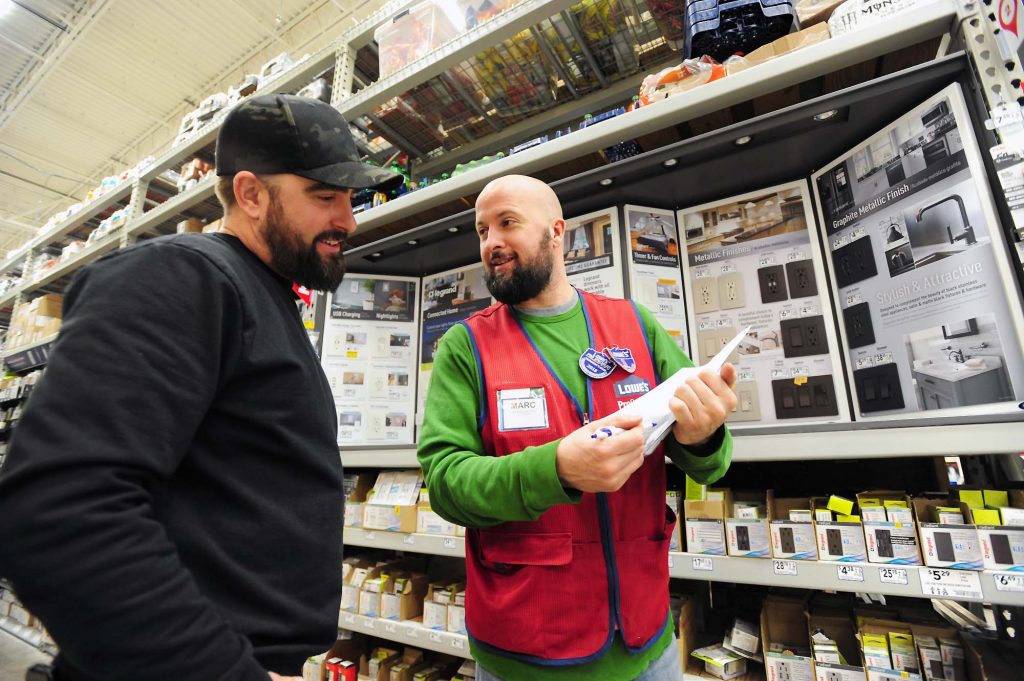 Benesky would only say the wages are “competitive.” According to a press release from Home Depot, the home improvement retailer provides benefits for part-time and full-time associates, including tuition reimbursement, backup dependent care for children and elders, and discounts on items such as cellphones and laptops. Additionally, all associates are eligible for paid family leave after one year of service.

Home Depot’s competitive wages and benefits as well as its culture make it an attractive place to work, Benesky said.

Throughout the U.S., Home Depot announced it is hiring 80,000 associates for its busiest season of the year.

Many of the part-time positions will be staffed in Home Depot’s garden center, which gives associates a chance to work with their hands and help people start spring projects. The company also is hiring for overnight freight, merchandising and other customer service roles across store departments as well as warehouse associates.

“More than 90% of our store leaders began their careers here as hourly associates, which is a testament to our commitment to growing the careers of our people,” said Tim Hourigan, executive vice president of human resources for Home Depot.

Interested job seekers should go to careers.homedepot.com for an application or text JOBS to 52270 for a link to apply to local positions.