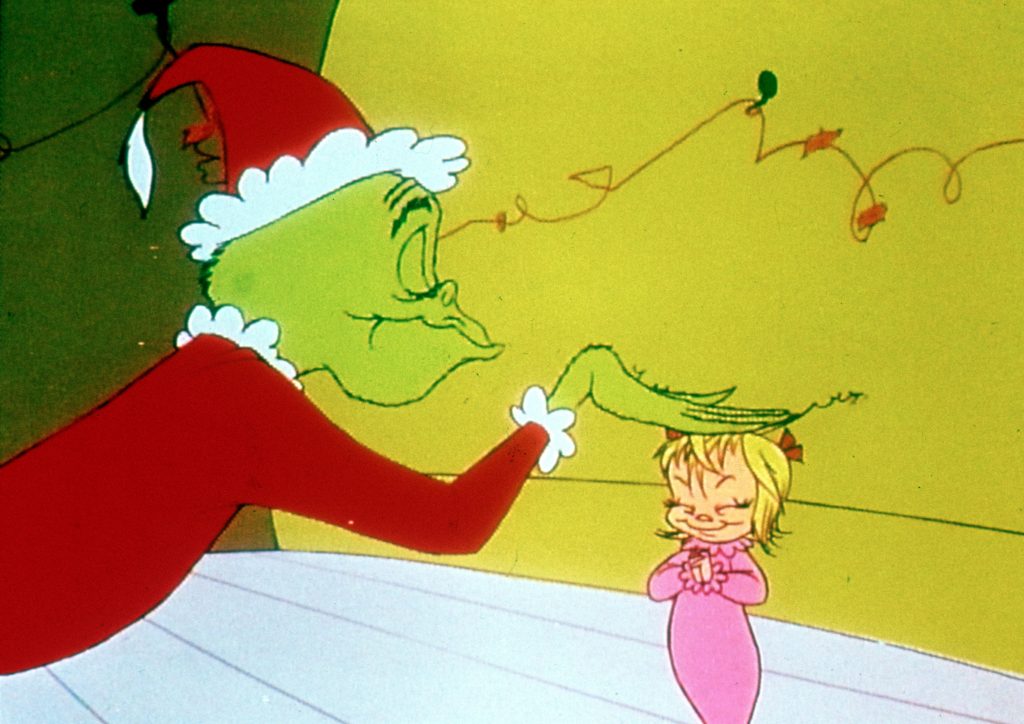 Holiday TV forecast: a sleighful of movies, music, a Grinch

There are enough holiday TV movies to overturn Santa’s sleigh this season, with Oprah Winfrey’s OWN channel and a new streaming service adding to the cargo. A more expansive view of the world also is part of the ride, with a lesbian couple included in a Freeform film and Hanukkah shout-outs on the Hallmark and Lifetime channels.

Other small-screen options are available to distract you from gift-wrapping and family squabbles, including the Grinch, the Brady Bunch and John Legend. Here’s a sampling from broadcast networks, cable and streaming services, all times EST:

— “Every Day But Christmas,” 9 p.m. Sunday, Dec. 1, Bounce. A writer (Timon Durrett) who’s cynical about Christmas finds his faith and the holiday’s meaning on a book tour. Antonique Smith co-stars.

— “Ghosting: The Spirit of Christmas,” 9 p.m. Wednesday Dec. 4, Freeform. When Jess (Aisha Dee) dies in an accident after a first date with Ben (Kendrick Sampson), her soul remains earthbound. It’s up to Jess’ pal Kara (Kimiko Glenn) and her partner, Mae (Jazz Raycole), to help.

— “Mistletoe & Menorahs,” 6 p.m. Saturday, Dec. 7, Lifetime. An executive (Kelley Jakle) who needs a quick education about Hanukkah to land an account and finds just the man (Jake Epstein) to help her in work and maybe love.

— “You Light Up My Christmas,” 8 p.m. Saturday, Dec. 14, Lifetime. Emma (Kim Fields) returns home to find the town built around her family’s Christmas light factory has lost its glow. Can an old flame (Adrian Holmes) help?

— “A Christmas Carol,” 7:30 p.m. Thursday, Dec. 19, FX. The dark new take on Charles Dickens’ tale stars Guy Pearce as Scrooge and Andy Serkis as the ghost of Christmas past, with the screenplay by “Peaky Blinders” creator Steven Knight. 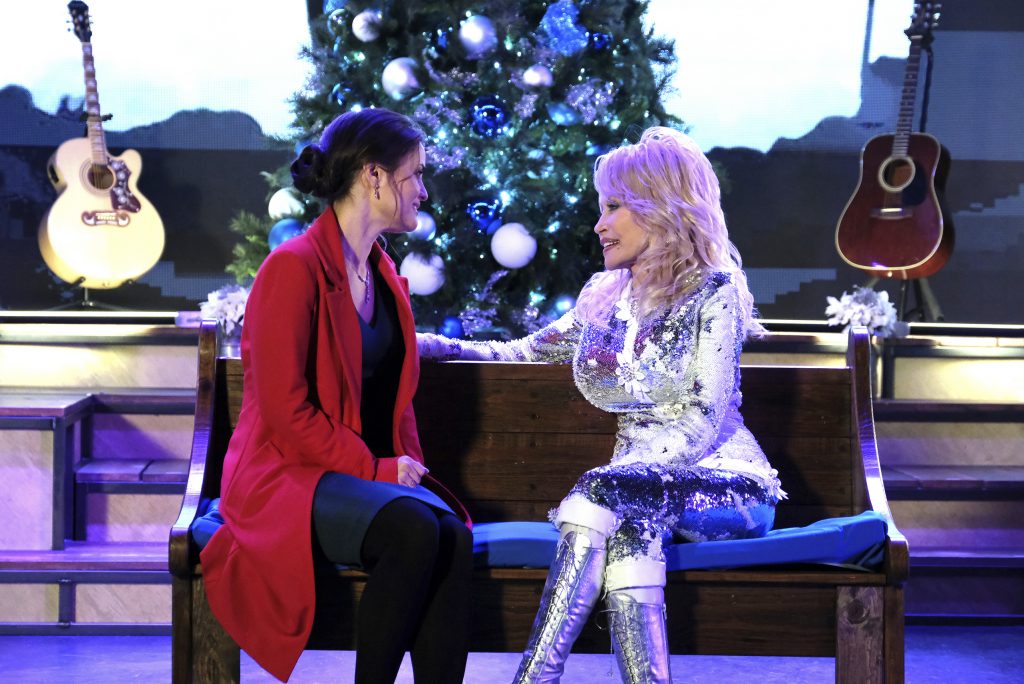 — “The Little Drummer Boy,” 7 a.m. Monday, Dec. 2, Freeform. Aaron, an orphan who finds solace only with animals, has a life-changing encounter with three wise men traveling to Bethlehem in the 1968 special narrated by Greer Garson.

— “Rudolph the Red-Nosed Reindeer,” 8 p.m. Monday, Dec. 2, CBS. In modern parlance, a reindeer who’s bullied for looking different finds joy and worth in being himself. Burl Ives narrates the 1964 special based on the Johnny Marks song.

— “How the Grinch Stole Christmas,” 8 p.m. Tuesday, Dec. 3, NBC. Boris Karloff, who played the monster in the 1931 film “Frankenstein,” provided the voice for another legendary character, Dr. Seuss’ infamous Grinch, in 1966.

— “A Charlie Brown Christmas,” 8 p.m. Thursday, Dec. 5, ABC. Holiday materialism has Charlie in a major funk and Lucy tries to help, but it takes Linus to save the holiday. Vince Guaraldi composed the music for the 1965 special about the “Peanuts” gang. 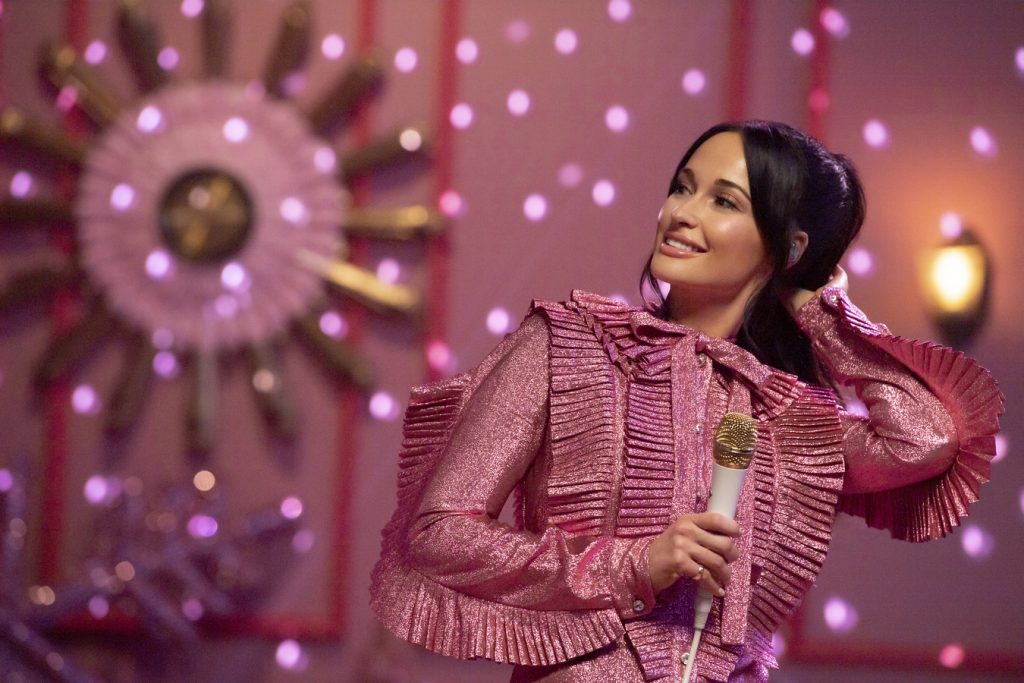 — “The Kacey Musgraves Christmas Show,” now streaming on Amazon. The singer-songwriter salutes holiday specials of the past her way and with help from guests including Camila Cabello, James Corden, Lana Del Rey and the Radio City Rockettes.

— “Christmas Under the Stars,” 7 p.m. Sunday, Dec. 1, BYUtv. John Legend performs classics including “Silver Bells” and “My Favorite Things” along with “All of Me” and other original songs in a concert taped in Utah.

— “Christmas with The Tabernacle Choir,” 9 p.m. Monday, Dec. 16, PBS, and 7 p.m. Thursday, Dec. 19 on BYUtv. Kristin Chenoweth joins the Tabernacle Choir and Orchestra for a night of classic carols and pop tunes, airing as an hour-long special on PBS and a 90-minute version on BYUtv.

— “Holidays with the Houghs,” 10 p.m. Monday, Dec. 16, NBC. A variety special showcasing sibling dancer-choreographers Derek and Julianne together and separately in musical performances and comedy sketches, with celebrity friends dropping by.

— “Top Elf,” 8 p.m. Fridays, Nickelodeon. Seven children from across the nation compete in a building and design contest to earn the title of best elf and benefit worthy causes in their hometown. The weekly series’ finale airs 8 p.m. Saturday, Dec. 21.