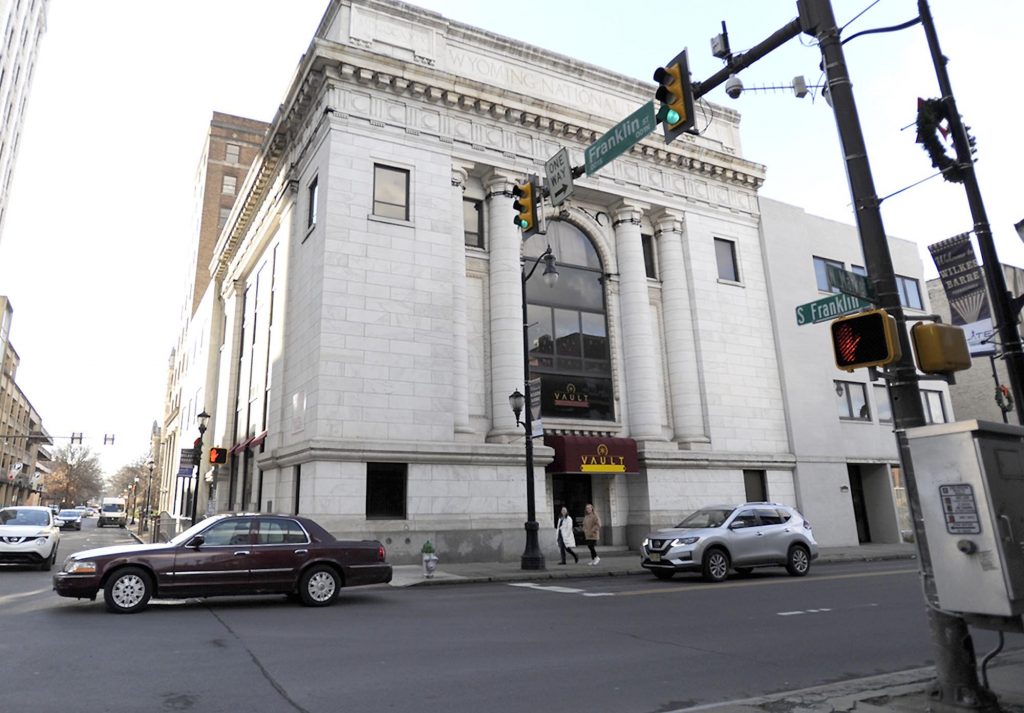 The Vault Grill & Bar in downtown Wilkes-Barre has closed but owner Sam Syla said the historic bank building will become a Brazilian steakhouse.

He is leasing the site to Edilene Falcon, who owns Broncos Brazilian Steakhouse in Philadelphia.

The new restaurant in a former bank building at 24 W. Market St. in Wilkes-Barre will be called Broncos Vault Brazilian Steakhouse, and Falcon expects it to open in February.

The closest Brazilian steakhouse is Ipanema Grille in Scranton.

She said she likes the atmosphere at the Vault Grill & Bar, which still includes the historic vault that remained from the former bank.

The upscale restaurant is opening in a site that was formerly the Wyoming National Bank and most recently Wachovia Bank before it closed about 20 years ago.

Falcon said she plans to complete some minor renovations but will keep the restaurant’s interior mostly the same.

“We like the atmosphere inside. It will be a very nice place where you can enjoy your food,” she said. “I think it would be something good for the city. It’s another kind of food for the people of Wilkes-Barre to enjoy and have a nice meal with their family.”

Falcon said she met Syla through a mutual friend and decided to partner with him in the project.

“He’s helping me the best he can to bring this culture to Wilkes-Barre because he thinks this will be a very good addition to the city,” she said.

Her other restaurant is promoted on its website as the “premiere steakhouse of Philadelphia,” which features Brazilian barbecue flavor and style with an exclusive selection of meats, Brazilian specialities and an extensive buffet plus desserts only found in Brazil.

Syla, who came here from Kosovo, bought the bank building for $285,000 and invested more than $2 million in private funds renovating it. He opened the Vault Grill & Bar in 2017. He also leased 33 high-end apartments on the upper floors of the bank building.

He said Monday that business at the Vault Grill & Bar was good but he is busy with other projects so he asked Falcon to take over the restaurant.

Among his real estate projects, he has been working with investors to bring a hotel/condo project to the former Hotel Sterling site called the “Gateway Center.” More projects also are coming soon, he said.