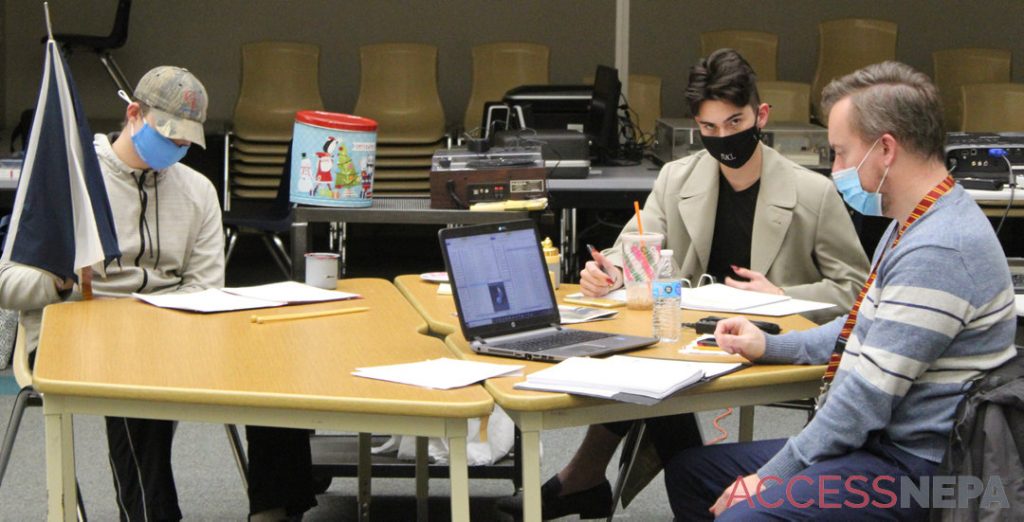 If there ever was a time for our world to hear messages of hope and promise, this would be it.

In that spirit, the Tunkhannock Area High School drama department brings “It’s a Wonderful Life” to the community not on stage but as a radio play. The free livestream is on the official TASD YouTube channel.

After the school’s spring musical was canceled because of COVID-19, director Jeremy Kelleher said he “was determined that, if at all possible, our students should have some theatrical opportunity open to them.

“Since we weren’t allowed to have an audience, we are not allowed to have singing, and we still had to maintain masks and social distancing, an old-fashioned radio play, where students could play their parts and speak their lines at approved distances, became the best choice,” he added.

The school aimed to perform the tale as a traditional radio play, so audiences will see “a looping slide show of photographs of cast members, with information one might expect to see in a traditional printed program,” according to Kelleher.

“Personally, I love the idea of our listeners recreating, in their own homes, the type of experience that early radio listeners would have,” he said. “Start a fire in the fireplace. Pop some popcorn and drink some hot chocolate. Sit, listen, and enjoy. There’s great potential for the sentimental joy and nostalgia of a traditional Christmas while listening to our radio play.”

The story of “It’s a Wonderful Life” shows that, in a world filled with anxiety, there remains an inherent goodness in looking after one’s neighbors and caring for your own ambitions, and you will discover that the most important things in life are, well, not things.

While the Dietrich Theater, 60 E. Tioga St., Tunkhannock, shows the movie version of “It’s a Wonderful Life” for free every December, Kelleher said most of his students were not all that familiar with the classic film, although many noted how family members “love and watch the film each year.”

“We’ve talked quite a bit about how our performance of the play is a unique,” Kelleher said. “We hope that the nostalgia of the film and the beautiful sentiments of this traditional Christmas story will please and entertain any who listen.” 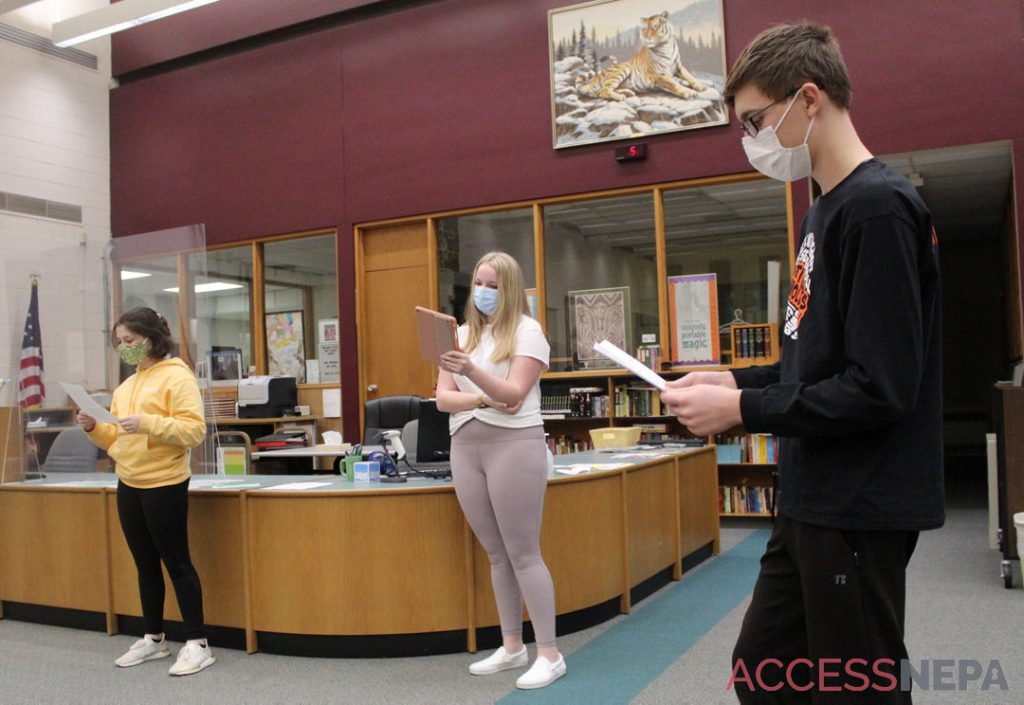 “I love this town, where people still care about one another and still say ‘hi’ when they see you in a store,” he said.

George, unashamedly extends people’s indebtedness in times of need and does so much to help others. Daniel sees the character as “very giving (and) something of a good role model we should all aspire to.”

The actors have also been good role models when it comes to dedication to their craft, Kelleher said.

“I have been grateful for a group of students who have consistently dedicated themselves to the telling of this story,” he said. “To be honest, it’s been a strange and difficult process for all.”

Kelleher noted it has been a challenge “to capture the same type of visceral storytelling that we would usually be going for,” but he’s proud of how the students pushed themselves despite COVID-related restrictions and put themselves into the characters.

“Even what seems inconsequential, like staying 6 feet apart from each other, has a huge impact on the emotion, energy and reality of acting and telling a story through the art of theater,” Kelleher said. 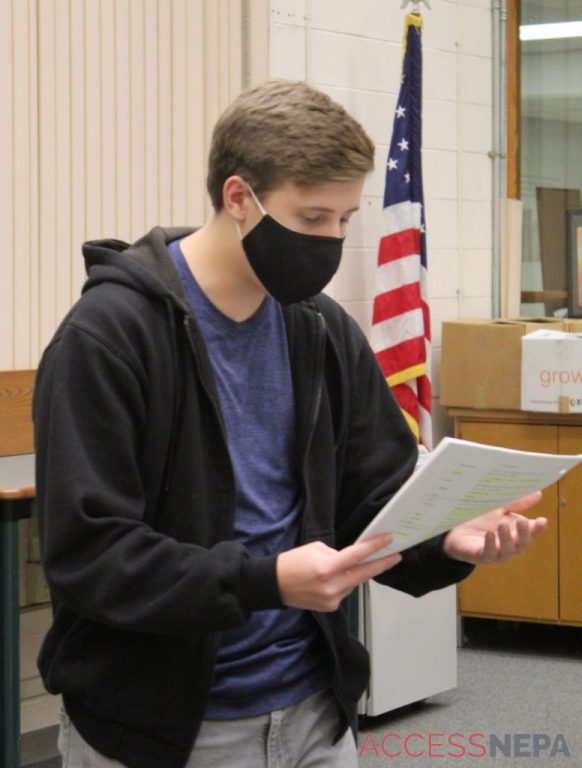 ROBERT BAKER / STAFF PHOTO
Daniel Sayre takes on the role of George Bailey in a rehearsal for “It’s a Wonderful Life.”

Why Kelleher didn’t “equate the types of anxiety felt by George and the anxieties due to this pandemic,” he does see how “the idea that an individual could feel so beat down by life that he or she questions purpose and meaning is a pretty universal feeling.”

“We’ve all wanted to grasp onto hope that our lives have a positive and essential effect on others,” he added. “Like George at the end of the story, I hope this pandemic will help teach us all how important every individual life is in the unseen rippling effect our kindness and generosity can have on those around us.”