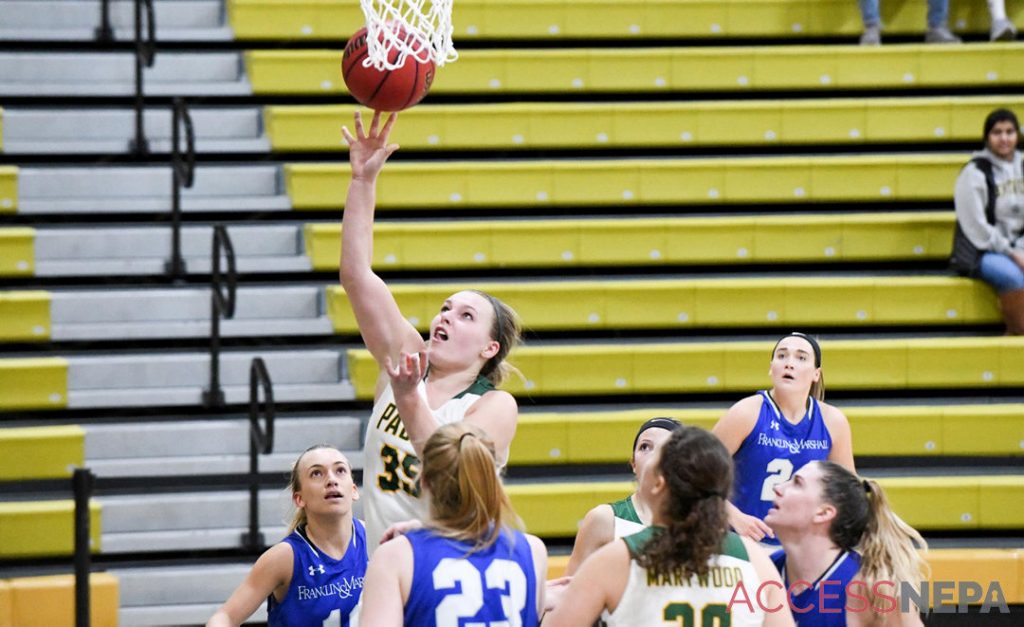 Hessling makes most of coaching opportunity at her alma mater

When the basketball was tossed up, former Marywood University standout Natasha Hessling took pride in being ready for anything.

Hard to imagine the 23-year-old Honesdale High School grad could have been ready for this.

Hessling was asked if she could take over the junior varsity coaching duties at her alma mater when a family illness forced Kari Kromko to move from head coach Ron Rowe’s assistant coach into a volunteer role.

Just 18 months removed from being named the Atlantic East Conference Defensive Player of the Year, Rowe asked Hessling to fill the void.

“I definitely wasn’t expecting it, but I’m very grateful to Mr. Rowe for offering it,” said Hessling, who tops Marywood’s record book in eight categories, and is the school’s No. 2 all-time rebounder. “He has a lot of confidence in me, which I really appreciate.”

There wasn’t a moment’s hesitation for Rowe, who led Honesdale’s boys for 30 years, and after a 10-year hiatus from head coaching, took over the girls program a year ago.

“When Kari first told me, my first question was what do you think about Tasha stepping into that position?” Rowe said. “She said, that’s who I’d recommend.

“There was no hesitation that Tasha would be able to do the job.”

“Kari said she would help out whenever she can,” Rowe said. “Not being there every day, it’s going to hurt us because she has such a great relationship with the girls also. Plus, her basketball knowledge is excellent.”

Kromko was the girls head coach at Western Wayne nearly 20 years ago, so filling those shoes isn’t easy. Yet Rowe knew what a valuable commodity he had when Hessling signed on as a volunteer assistant last season.

“The respect these girls showed her for her knowledge of the game, for her passion for the game.” Rowe said. “After practice, each of us would talk to the team and I’d ask her what she thought about practice. Everything was always spot on. What was good, what we need to work on.

“And the girls really get better, because of her interest in them, staying after practice rebounding for a foul shooter, working on post moves. It’s what makes a good coach.”

Hessling still had reservations, mainly because her full-time job at Microbac Laboratories in Pittston wouldn’t allow her to get to Honesdale when practice was starting.

Rowe quietly polled a few players to get a feel whether that would be a problem. It wasn’t, in large part because of Hessling’s ability to relate.

She also knew this was a golden opportunity to launch another avenue of her professional life.

“It was a great opportunity to really get my foot in the door with coaching and it’s something that I want to do for a long time,” Hessling said. “I just had to swallow my fears and say this is what I want to do and this is where it starts.”

She’s young enough to relate to players wearing the same uniform she donned from 2011-15 when the Lady Hornets won three District 2 Class 3A titles.

She adds a fresh perspective from what she learned in college, skills that made her a first-team all-AEC pick as a senior, averaging a double-double in points and rebounds.

And she adds a bit of an edge, which is a requirement for any successful rebounder. 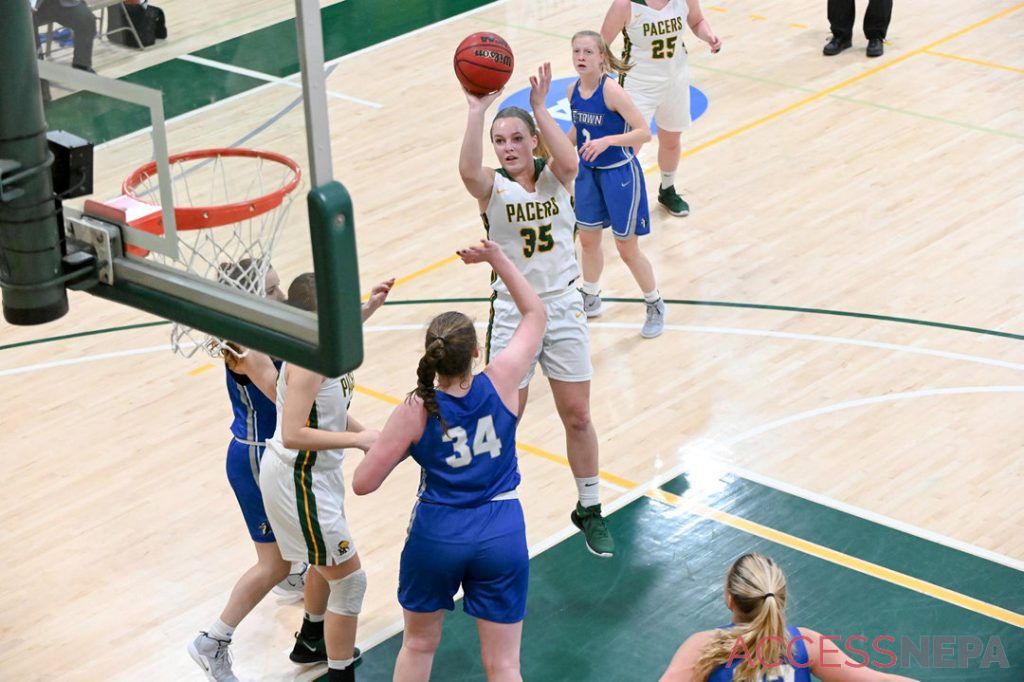 “I just had this sort of aggression toward whoever I was playing against,” Hessling said. “Not dirty, but you have to dig deep to find it. I tried to teach the girls, especially the big girls, you have to play like the other team did you wrong.

“A lot of the girls, I think they are so focused on their skill set, which obviously is important, but you need that emotion with it, too, in my opinion, and I think that’s what helped me a lot.”

Hessling is No. 1 in career defensive rebounding at Marywood, and also holds the single-season mark for field goal percentage (54.4% in 2017-18). She’s also third, fourth and sixth on that list, so what she says and does carries weight.

Especially when she jumps into practice and demonstrates exactly what she wants.

“They respect her so much for what she knows, her knowledge of the game, her knowledge of offense, defense, skills,” Rowe said. “She’s just a tough individual, mentally and physically. And that helped our girls in the post so much.

“She is so unassuming. She has no idea the impact that she had on our kids last year.”

Hessling first started coaching when she was a varsity player, helping out in the elementary school program at Honesdale. It was the first step in what could be a climb through the coaching ranks.

“It was always so fun, teaching them new things and seeing them get so excited about it,” Hessling said. “I just love the sport so much and was upset when my career ended.

“This is a way to be around it still, pass on what I’ve learned, and hopefully help these kids, because playing basketball was such a great part of my life. I hope I can make others like these kids see it, too.”