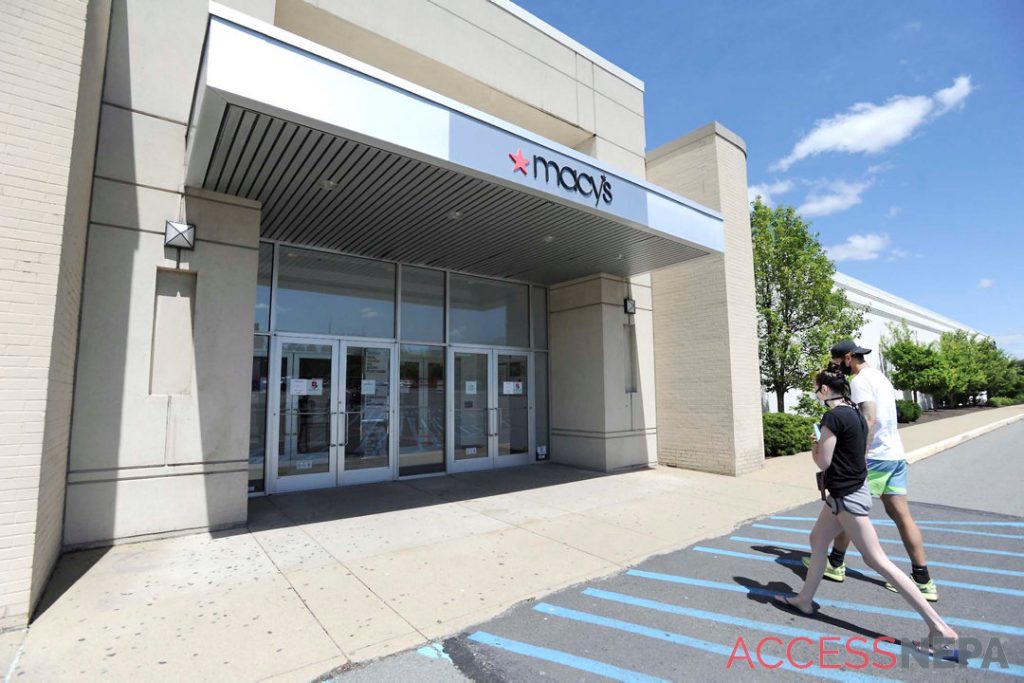 Empty tables and chairs dot the once bustling food court inside the Wyoming Valley Mall in Wilkes-Barre Twp.

Orange Julius is the only business open in the mall food court — already struggling before the coronavirus shutdown.

Dino’s Pizza shut down in March amid the pandemic and has since closed for good, said Dominic Buonsante, whose father, Gaetano Buonsante, started the business as Lucas Pizza in 1972 before it became Dino’s in 1975.

Dominic Buonsante, 45, said he worked at Dino’s Pizza in the food court since he was 13, washing dishes before he started Dino’s Pizza Express on South Main Street in downtown Wilkes-Barre in 2016.

Dino’s Pizza Express also closed permanently, and Buonsante continues to sell the last of his equipment.

His sister, Antoinette Buonsante, who operated Dino’s Pizza in the mall food court, will manage their mother’s business, Annarella Pizza & Pasta in Dallas.

Buonsante said the rent at the mall was too high and traffic has dwindled in the last few years and even more as a result of the pandemic. The lease at Dino’s was up and his sister chose not to renew it, Buonsante said.

“Before that, malls have been dying,” he said.

Dino’s Italian Restaurant, closer to JCPenney, has reopened as well as food options outside the food court, including Auntie Anne’s Pretzels and Cinnabon.

Buonsante said he believes mall food courts have become “a thing of the past.”

Business at the mall was already declining because of a shift toward big box stores and online shopping and the pandemic made things worse, he said.

“I think people are nervous about going out anywhere,” he said. “I think the new trend will be takeout, food already prepared and food trucks.”

Gertrude Hawk Chocolates also closed its store at the Wyoming Valley Mall, but a location on Mundy Street in Wilkes-Barre Twp. remains open.

Hawk said he believes the pandemic will further hasten disruptive changes for malls.

Gertrude Hawk Chocolates also has a store at the Viewmont Mall in Dickson City, and Hawk said business at that mall is thriving.

Pennsylvania Real Estate Investment Trust, or PREIT, owns the Viewmont Mall but it no longer owns the Wyoming Valley Mall.

Hawk said he hopes the Wyoming Valley Mall is repurposed like the Marketplace at Steamtown in Scranton, which now houses businesses like the Electric City Aquarium & Reptile Den, Delta Medix and Crunch Fitness in addition to merchants like Boscov’s and small vendors. 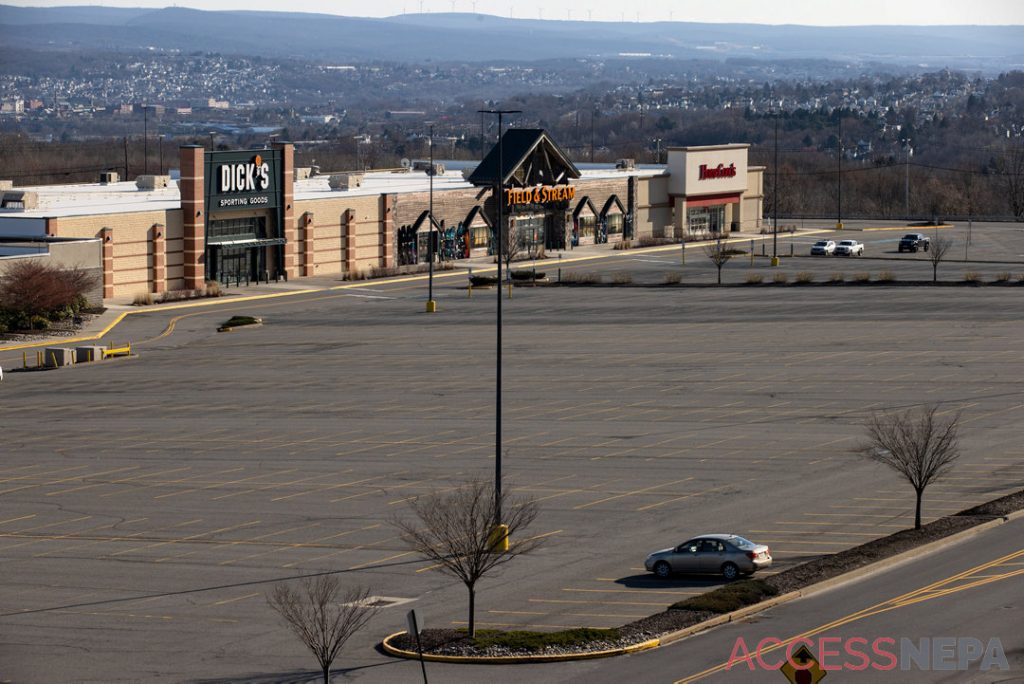 CHRISTOPHER DOLAN / STAFF PHOTOGRAPHER
The parking lot at the Viewmont Mall is early empty as stores are closed to control the spread of COVID-19 on Saturday, March 21, 2020.

The Viewmont Mall has been doing well since reopening, Bob Durkin, president and CEO of the Scranton Chamber of Commerce said after speaking with the mall’s general manager Tim McGrath.

“My take on this is that recent consumer confidence measures are up despite the expectation that both economic recovery and a medical remedy to COVID-19 will take some time,” Durkin said. “That should bode well for retailers from a macro perspective.”

Durkin said an important factor for consumer confidence will be how well retailers convey assurance that safety measures have been taken such as wearing masks, providing hand sanitizer and promoting social distancing.

If business owners and customers adhere to safety precautions, Durkin said he believes people will be comfortable with the new “and hopefully temporary” rules of safe behavior and “begin to revive our local retail and service economies.”

In the meantime, vacant storefronts and “for lease” signs fill the Wyoming Valley Mall.

The mall’s remaining two anchor stores, JCPenney and Macy’s, have recently reopened but are closing other stores throughout the country.

Macy’s announced it will close roughly 125 stores, a fifth of its locations, over the next three years.

JCPenney filed for Chapter 11 bankruptcy protection in May and expects to close 242 locations across the country.

JCPenney spokeswoman Kristen Bennett would not discuss the performance of individual stores, but she said “we are thrilled” that JCPenney stores have reopened in Northeast Pennsylvania and nationwide.

These precautions have included cleaning stores throughout the day and paying attention to high-touch areas, offering contactless checkout, providing masks to associates and plexiglass shields at open open registers and providing hand sanitizer for customers and associates to use, she said.

As JCPenney proceeds through its Chapter 11 bankruptcy, Bennett said, “We look forward to emerging as a stronger retailer and we continue to focus on creating engaging experiences for our customers.”

Victoria’s Secret announced it plans to close approximately 250 stores in the U.S. and Canada this year, but a location at the Wyoming Valley Mall recently reopened. A line of people wearing masks recently waited in a line outside for their turn to enter the store.

Other stores also have taken safety precautions such as limiting the amount of customers who can enter at a time.

A sign in front of Hot Topic, for example, notifies customers they should wait in line as employees assist other customers.

Bath & Body Works inside the Wyoming Valley Mall is still closed but it is set to reopen on July 17, according to the mall’s website.The retailer, which specializes in scented soaps, fragrances, lotions, shower gels and candles, announced it would close 50 stores across the U.S.

The Viewmont Mall and Wyoming Valley Mall have been operating with shorter hours since reopening after the shutdown. Both are open Monday through Saturday from 11 a.m. to 7 p.m. and Sunday from noon to 6 p.m.