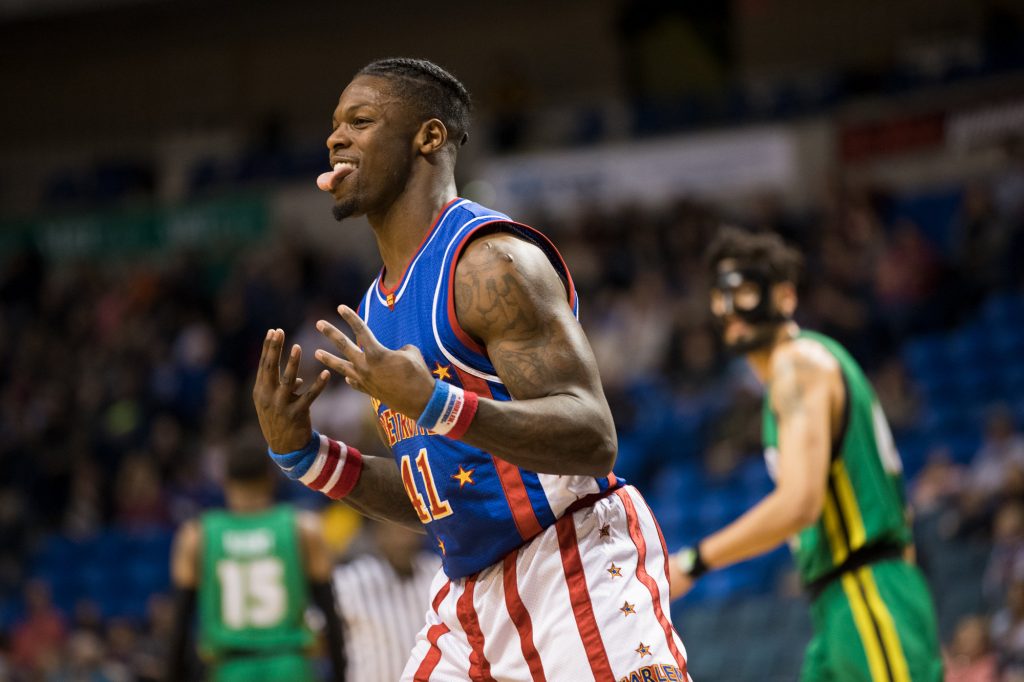 Have a ball with Harlem Globetrotters at Mohegan Sun Arena

Let the Harlem Globetrotters entertain you this weekend.

The legendary basketball team known for its tricks and unique skills with the ball returns to Mohegan Sun Arena at Casey Plaza, 255 Highland Park Blvd., Wilkes-Barre Twp., for two shows on Saturday, Feb. 22.

Here’s what you need to know before you go.

Shows will take place at 2 and 7 p.m. Tickets start at $20, plus fees, and are available at the box office and Ticketmaster.com. Children under 2 do not need tickets but must sit on the lap of a ticketholder.

Reserved parking is available for $20 in advance at the box office and Ticketmaster. General parking at the gate costs $10, cash only.

Founded in 1926, the Globetrotters have performed around the world for the public as well as numerous dignitaries, with their early performances showing audiences the abilities of professional African American players and eventually influencing the integration of the NBA.

Their membership has included nearly 750 men and women, including Nathaniel “Sweetwater” Clifton, the first African American player to sign an NBA contract; Olympic gold-medalist Lynette Woodard, the first woman to play on a men’s professional basketball team; and Hall of Famer Wilt Chamberlain, who was on the team during its first trip to the then-Soviet Union, in 1959, and even played on the team during breaks between NBA seasons.

In 1951, the team made history as it performed before 75,000 people — its largest crowd — during a stop at Berlin’s Olympic Stadium during its first international tour. That trip led the U.S. State Department to declare the team “ambassadors of extraordinary goodwill,” a title the team has embraced through the years with various philanthropic efforts.

The Globetrotters were inducted into the Naismith Basketball Hall of Fame in 2002.

Known for its unique ball-handling and tricks, the Globetrotters pioneered several on-court moves, including the slam dunk and the figure-eight weave. Globetrotters players hold 21 world records, including Michael “Wild Thing” Wilson’s dunk on a 12-foot hoop in 2000. The team introduced a four-point shot in 2010, situated nearly 7 feet past the NBA’s three-point line and 30 feet from the net.

On the court, the team is known for its continuous, easy defeats of the Washington Generals team, its primary opponent.

The Globetrotters expanded their influence off the court in the 1970s and ’80s with their Saturday morning cartoon and live-action variety show, “The Harlem Globetrotters Popcorn Machine.” Fans could also catch them from time to time on ABC’s “Wide World of Sports.”

The Globetrotters participate in more than 400 live events each year and are now out on their Pushing the Limits World Tour, which features more player interaction, surprises and other new experiences.