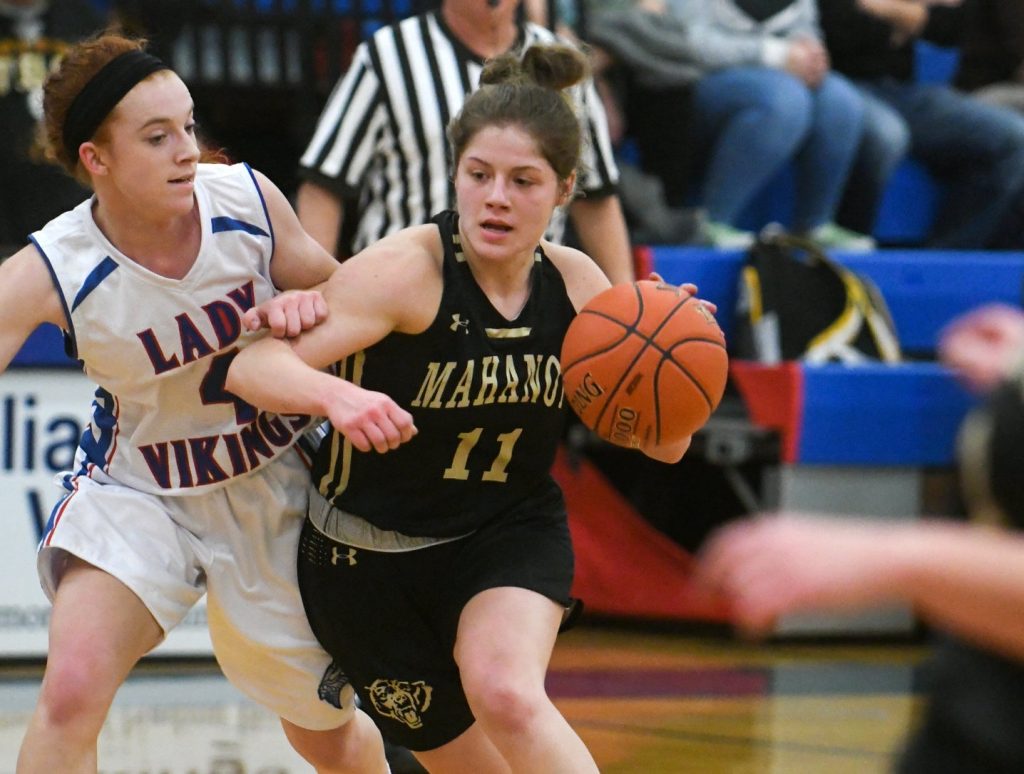 H.S. GIRLS’ BASKETBALL: A look at the Schuylkill League semifinals

Prior to this week, the last time Jim Thorpe lost a Schuylkill League girls’ basketball game was Feb. 5, 2018.

That loss, 55-25 at the hands of Division I rival Tamaqua, brought an end to a rough season for the Olympians.

Their best player, Kayley Kovac, now a sophomore at NCAA Division I St. Francis (Pa.) University, missed the final 13 games that year with an injury.

The 2018-19 season ushered in a new group of players who brought success like the program hadn’t experienced before.

Rob Kovac’s young Olympians rolled, winning 26 straight games before falling to Bethlehem Catholic in the District 11 Class 4A final, then being eliminated from the state tournament by Lansdale Catholic in the opening round.

The success continued this season with a 20-1 overall record, 12-0 in league play, heading into the final night of the regular season on the road against Rich Wetzel’s youthful North Schuylkill team.

The Spartans, a team stocked with juniors, sophomores and some talented freshmen, have put together a strong season. They had already clinched the Division I wild card for the league playoffs.

Then they closed the regular season in style, handing Jim Thorpe its first league loss since that February 2018 setback to Tamaqua.

When the league playoffs open Tuesday night at Martz Hall, the Spartans and Olympians will be on opposite sides of the bracket.

The winners tangle at 6 p.m. Friday at Martz Hall for the title.

There are no guarantees when it comes to the Schuylkill League playoffs, but should the two Division I rivals win their semifinal matchups, the rubber game in the season series would really be interesting.

All four teams involved this year have a strong history in the league playoffs, combining to win the last six Schuylkill League titles.

North Schuylkill earned the most recent of its 14 titles with a win over Minersville in 2015.

Minersville, Mahanoy Area and North Schuylkill all bring teams to the party that love to take advantage of the long-range shot.

The Battlin’ Miners, led by Alex Kroznuskie’s league-leading 69 triples, have connected a league-best 160 times as a team from behind the 3-point arc. Mahanoy Area isn’t far behind with 143 as a team, while North Schuylkill has knocked down 112.

Other than Kroznuskie, individuals to watch from the outside include Miners’ teammate Abby Adams, who has 55, Mahanoy Area’s Jordan Karmonick and Claudia Clark with 44 each, and North Schuylkill’s Mya Wetzel with 36 and Katelynn Himes with 30.

Jim Thorpe shoots far less frequently from the perimeter, although sophomore guard Hurley is a sharpshooter and has connected for 39 of the Olympians’ 49 triples.

About the Golden Bears

About the Battlin’ Miners