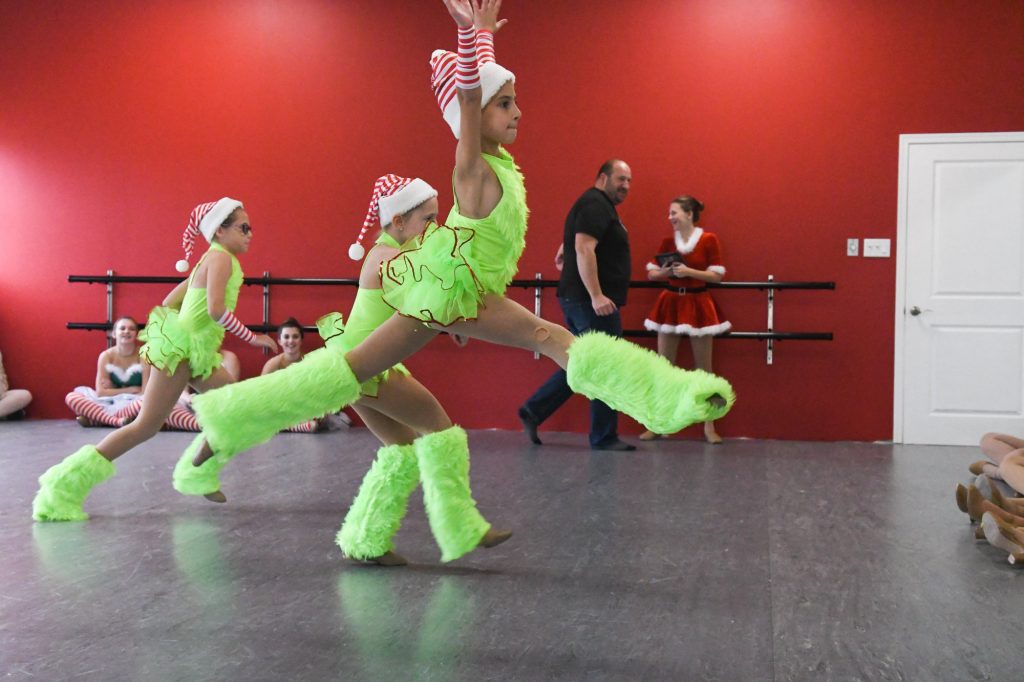 Does the thought of all the hustle and bustle of the upcoming holiday season make you feel a bit grouchy, perhaps even a little bit … grinchy?

Well, the talented students at the Crimson Academy for The Performing Arts in Pottsville are getting ready to entertain you with a performance that will surely put you back in the holiday spirit.

And who knows … it may, in fact, make your heart grow a couple sizes bigger, too.

The academy is gearing up for their presentation of “The Grinch Who Saved Christmas,” their third annual Christmas Spectacular holiday show, which will be held at 7 p.m. Friday, Dec. 6, and 4 p.m. Saturday, Dec. 7, in the Pottsville Area High School auditorium.

The performance will showcase the talents of the academy’s students in a musical adventure that will feature singing, dancing and an original script that’s based on the Dr. Seuss character, the Grinch. 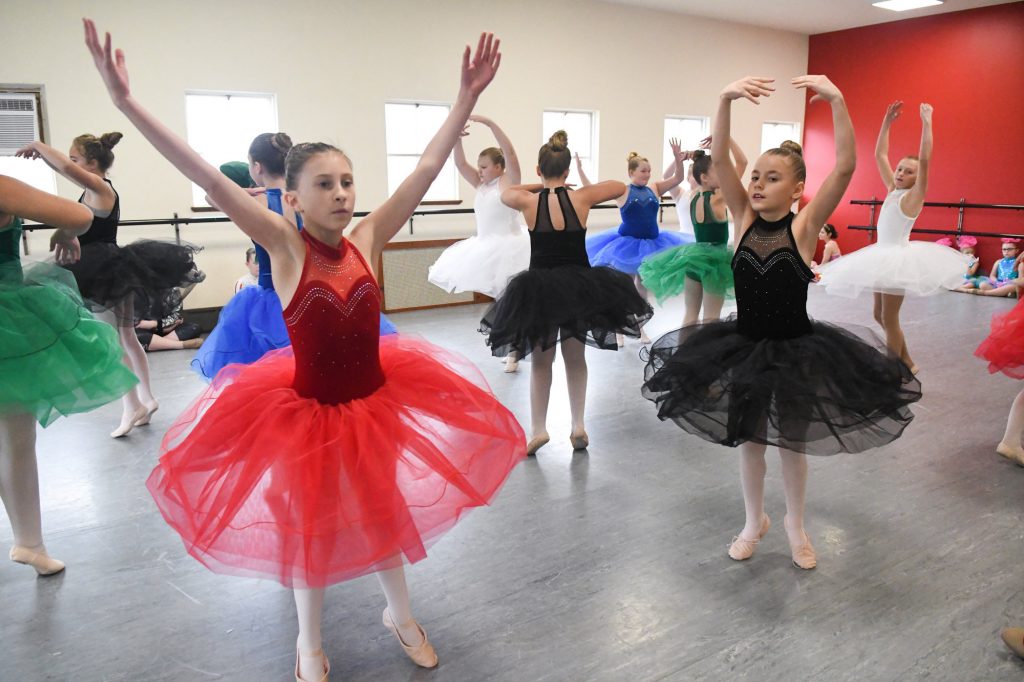 JACQUELINE DORMER / STAFF PHOTOGRAPHER
Lyla Serrian, left, and Ava Jefferson, rehearse with the Jewels during practice for the Crimson Academy’s production of “The Grinch Who Saved Christmas” in Pottsville.

“We did a lot of brainstorming, got some feedback from our students, some ideas about what they would like to do and after many hours of work, we came up with ‘The Grinch that Saved Christmas,’ ” Sternick said. “It’s something that the whole family will enjoy … singing, dancing, theatrical performances. It’s got everything.”

The play is a musical journey that begins in the Town of Whoville with a Christmas Eve conundrum: Santa Claus has suddenly become too sick with the flu to make his long Christmas Eve journey and deliver presents to all the good boys and girls in Whoville. But who can fill Santa’s shoes?

A grown-up Cindy Lou Who and Mrs. Claus come up with an improbable and quirky solution that just might work: recruiting the Grinch to deliver the Christmas presents with his sleigh.

“The play is a musical journey that starts in Whoville and travels to several different places, as everyone sets out to find the Grinch in time for Christmas,” Sternick said.

Malek, an eighth-grade student at Pottsville Area High School, helped write the play, and will dance and sing in it, too.

“I hope that it will make people happy and smile, and come away from it with the message that Christmas is a time for us to come together and to celebrate and — like the Grinch does at the end — find joy and love in our own hearts,” Malek said. 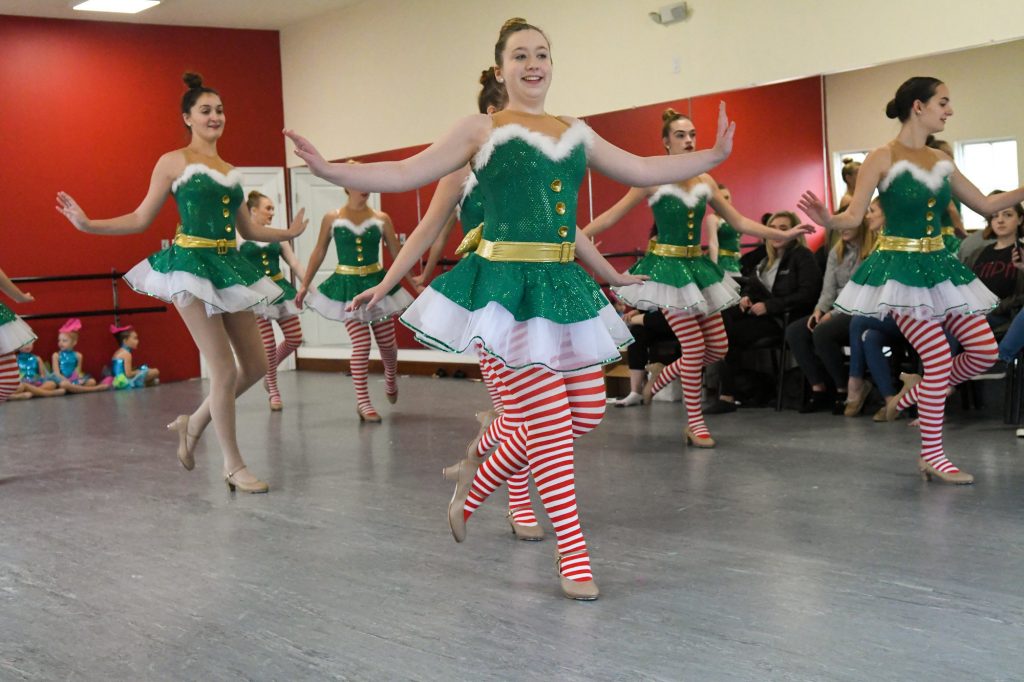 This is the third holiday presentation for the Crimson Academy performers. In 2017, they presented “The Elf who Fell Off the Shelf” and in 2018, they did “Santa and the Runaway Elf,” which were also original plays written by the academy directors.

“We like to come up with something new and exciting, but also something that the public will respond to,” said Leandra Maley, who found the perfect “Grinch” in her good-natured husband, Michael Maley, who also happens to be principal of Pottsville Area Middle School.

“The Grinch is kind of a grouchy, grumpy guy, but deep down, he’s got a good heart,” said Michael Maley, who was delighted to take on the role of the green furry curmudgeon with a heart of gold. In previous productions, he has played Santa Claus.

The academy opened three years ago in a newly renovated space at 2051 W. Norwegian St., which was formerly the chapel for St. Patrick Roman Catholic Church, but had been closed for many years.

About three years ago, Sternick and Maley bought the building, and with the help and hard work of their family members and the professional expertise of Melissa’s husband, Chris Sternick, a general contractor, they transformed the old church into a three-story dance instruction studio for students ages 3 to adult.

The academy has since grown to an enrollment of more than 160 students and now offers a wide variety of dance instruction classes for all ages, including, tap, jazz, barre, ballet, hip hop, Zumba and more.

For more information about the Christmas Spectacular Show “The Grinch Who Saved Christmas,” or for tickets, call the school at 570-728-2576 or email crimsonacademypa@gmail.com.

Tickets are also available at the door the day of the performance and cost $14 for adults and $12 for children and seniors.