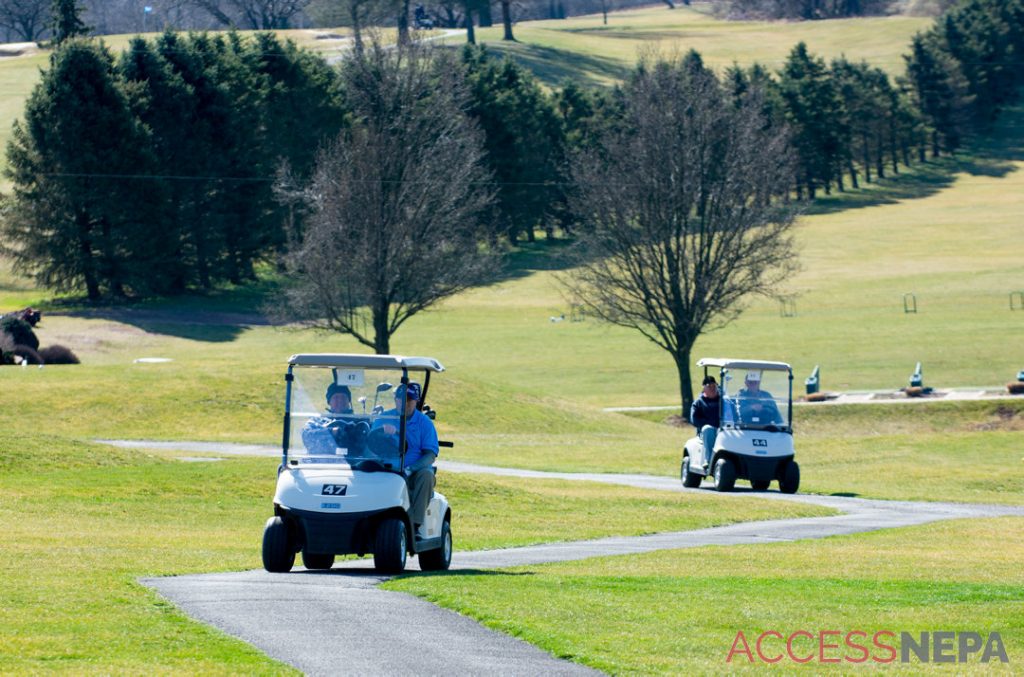 BY LEROY BOYER AND MATT BUFANO

The “ping” of golf clubs striking golf balls and the sound of golfers yelling “Fore” are coming back to Pennsylvania golf courses starting Friday.

The people that own and operate the courses around Northeast Pennsylvania couldn’t be happier. It’s a sport where individuals can enjoy the outdoors and get some fresh air, golfers argue, while easily practicing social distancing on courses that span thousands of yards.

Gov. Tom Wolf announced Monday afternoon that he is lifting some restrictions on businesses related to certain outdoor activities, including golf courses.

“We’ve been ready from Day 1 to be back open. I think the reaction is going to be strong.”

Wolf mandated that non-essential businesses such as golf courses be closed in mid-March, meaning local courses have been closed for six-plus weeks at the start of their peak season.

John Spencer Jr., the general manager of Lehman Golf Club, said the mont-hlong shutdown hurt worse this year than if it had been another year because the weather in March and April was cooperative for golfers.

“We have been cutting the grass, it is playable,” Spencer said. “This spring has been so nice compared to the last 10 years. Historically, we like to try to get open in March. And this year is the first time in probably eight to 10 years that we were able to open in March, but then we had to close down right away.”

Whereas golf courses account for somewhat predictable lost revenue due to rainy or even snowy weather, the pandemic’s effect was anything but predictable.

“We are definitely impacted,” Majikes said. “Every round that’s not played is lost revenue. So we’re definitely taking it on the chin, especially because we had some half-decent weather where we could have had people out there.”

Once the courses are re-opened, there will be “life-sustaining business guidelines” that golfers and course staff will have to follow, although the courses contacted for this story had not received an official list as of Monday afternoon.

Those guidelines may include limiting carts to one golfer per cart; limiting the number of golfers in certain common areas like ranges, putting greens, starting areas, tee boxes and greens; the removal of ball-washing machines and other commonly used amenities; keeping flag sticks in the hole at all times; and having hole cups flipped upside down.

Restaurants, snack bars and bars must remain closed to sit-down customers due to COVID-19 guidelines, although take-out food and drink opportunities might be available for both golfers and the general public, depending on each course.

Mountain Valley has already been running a take-out wing night Wednesdays during the shutdown.

“We’re obviously excited and pleased that the governor allowed the courses to re-open,” said Ken Huebner, vice president/general manager of Mountain Valley Golf Course. “We’ve been getting a lot of calls from people to play golf, hit balls on the range. Our customers are extremely excited as well.

Larry Borden, the golf professional at Schuylkill Country Club, said the golf course will be open but the clubhouse and dining area will not.

“It’s a great thing,” Borden said about the SCC being open. “The clubhouse is not going to be open, so we won’t get revenue from there, but getting (golf) revenue back into the club, that’s just what we need.

“Being closed for the last month and a half, it’s been tough to pay the bills.”

Chris Matthews, the head pro at Irem Temple Country Club, said course officials have discussed preliminary measures that could be taken to meet and exceed the aforementioned guidelines.

Those measures include: Members-only and no guests at the start; one person per cart with exceptions for people who live together; extending the amount of time between tee times; and having people set up their rounds and charge their accounts via text or phone call rather than visiting the pro shop.

Irem Temple was open for just a few days in mid-March before closing.

“Honestly, coming out of the gates in March, it was probably our best start ever from a revenue standpoint,” Matthews said. “The weather was so nice and being that the winter was fairly mild, the conditions were great and the grass was actually starting to grow back then in early March. We got up and open and running and had a couple really nice, busy days.” 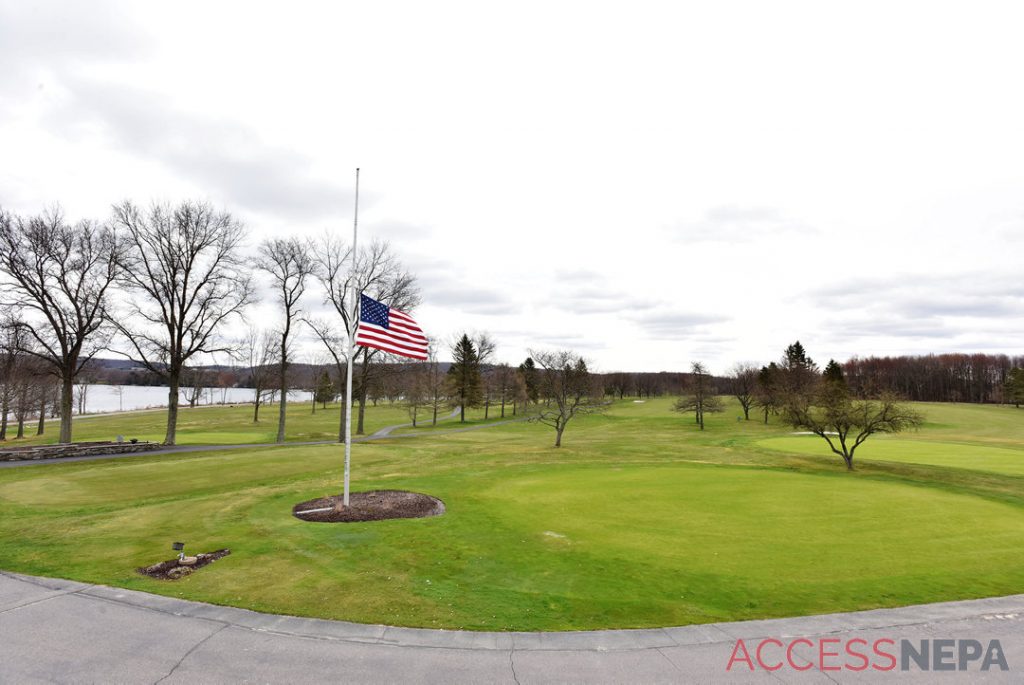 If there’s been one advantage to having no golfers on the course at this time of the year, it’s that it has given each facility ample time to complete maintenance work and course improvements.

Both Hidden Valley and Mountain Valley received financial assistance through the federal government’s CARES Act, which has allowed them to keep roughly 10 employees on their payroll during the time they’ve been shut down.

Huebner said Mountain Valley has cut down some trees and opened up some of its fairways.

“Our golfers will like that,” Huebner said. “We’ve been continuing to maintain the course and our course is in great shape right now.”

“It was actually easier for the maintenance staffs to take care of the course,” Matthews said. “They didn’t have to worry about trying to get stuff done while there’s play out there. They were able to just go and mow and not have to look behind them, ‘Well, here comes a golfer, I’ve gotta pull over and turn the mower off.’”

Jones, who lives just off the No. 6 fairway at Hidden Valley, said his staff has taken down some trees, grounded tree stumps, repaired some of the hazard areas and has aerified the greens. He added that his staff has totally cleaned all of its common areas, like the bar, snack bar, clubhouse and pro shop.

“Our fairways are really lush … they haven’t been nicer, because they haven’t seen any traffic. The golfers are going to find a really nice course when they come out and play. I have never seen it nicer.”

Both Jones and Huebner anticipate large crowds when they re-open, but stressed golfers must have patience as new guidelines are established.

Both courses said golfers can book tee times online or by calling the pro shop during normal business hours.

The Schuylkill Country Club will be restricted to members only (no guests) and will follow its usual procedures. Borden said more information will be posted on the club’s website.

“They can do it online, or call the pro shop,” Huebner said of booking a time at Mountain Valley. “We’re encouraging people to pay by credit card, which is safer as well.”

Added Jones: “We don’t know what the new normal is going to be like. It’s a whole new ballgame after all these years.

“We really don’t know what the guidelines will be. Right now, it’s very vague. But we’ll do our homework so we’re ready to go for Friday.”

AccuWeather is forecasting a high of 64 and low of 49 degrees Friday with rain in the afternoon.