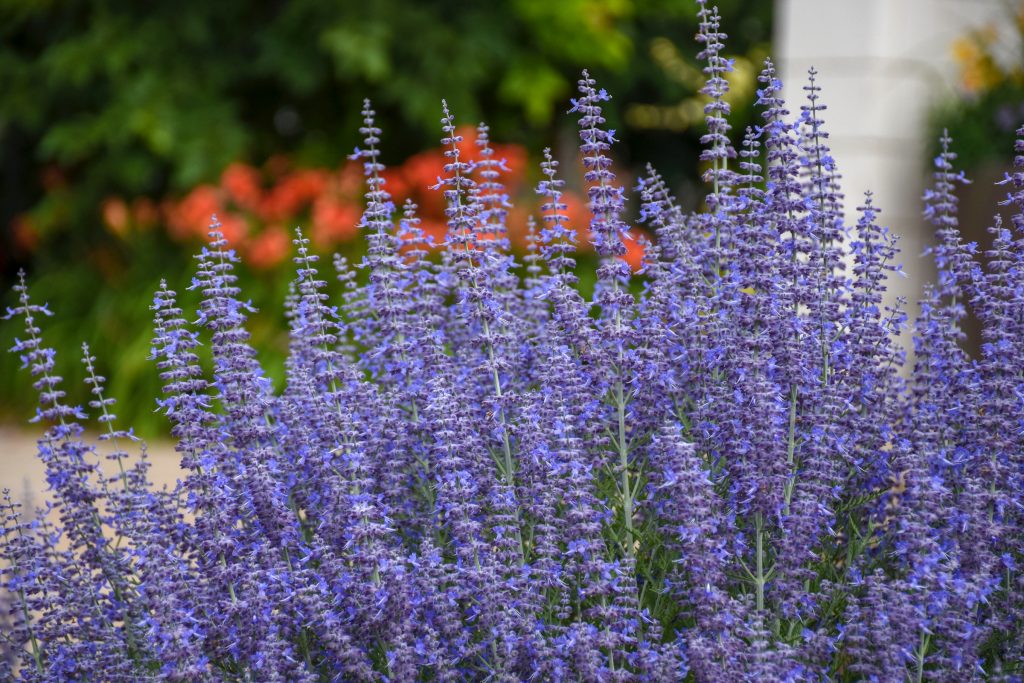 Get green thumb off to good start

Green-thumbers itching to delve into their outdoor gardens could save themselves a headache by doing their homework.

With the state’s stay-at-home orders in place due to the COVID-19 pandemic, home gardeners may have the time to better plan for this year’s growing season.

“Do the research before you plant,” Thomas C. Reed, a Schuylkill County program assistant for the Penn State Extension Master Gardeners, Pottsville, said.

Meanwhile, Hannah Burke, a Blue Mountain High School sophomore now taking classes remotely, has used her homebound time to get a jump start on her garden.

“I already planted my garden a few weeks ago,” Burke, 16, of Orwigsburg, said.

Burke, also a student in the Young Entrepreneurs Academy of Schuylkill program (called YEA!), started her own business venture, Best Buds All Natural Gardening LLC. She sells her homegrown produce on social media. She served as the manager of the Schuyl-kill Haven Community Garden at Bubeck Park when it was operating last year.

“I plan to plant tomatoes and peppers, too, when we have another nice day. I planted early so that I would have produce sooner and wouldn’t have to do it when the weather calls for hiking days, a hobby of mine,” she said. “I planted cucumbers, beets, carrots, peas, beans, lettuce and kale during the last two weeks of March because school was closed.”

Burke has two plots; one is 52-by-9 feet and the other one is 20-by-25 feet. The bigger plot has the carrots, beets and cucumbers. She plans to plant watermelon later, and will plant pumpkins in late May or June in the larger plot so they can be harvested in time for Halloween. 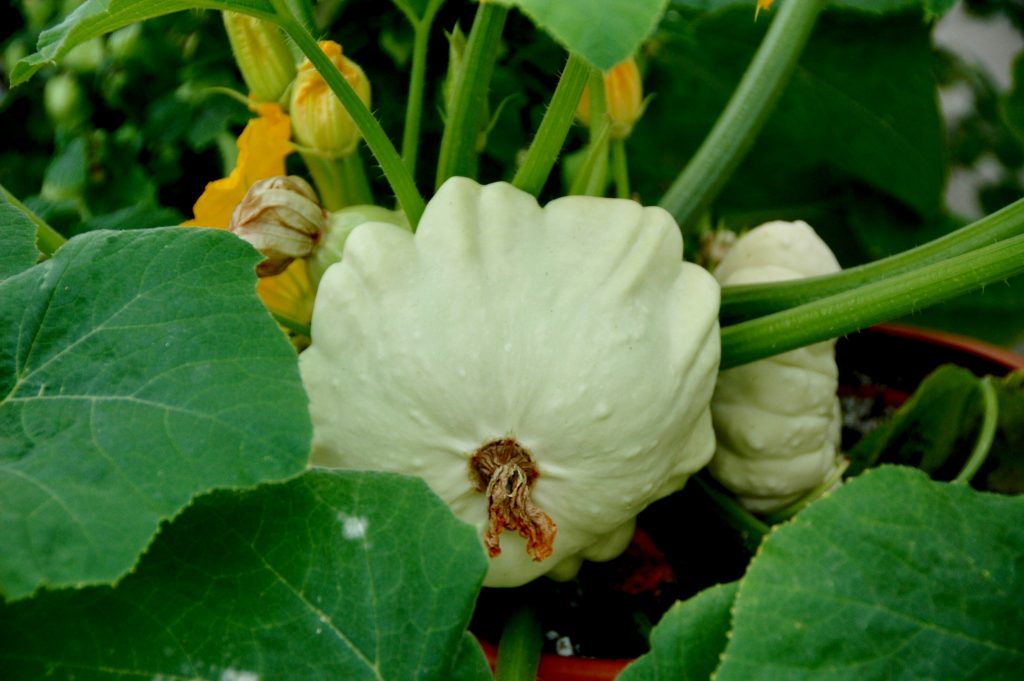 NORMAN WINTER / TNS
Balmoral is a compact variety of summer squash perfect for small gardens and even containers.

Roll it in your hand

Gardeners ready to get started will want to check the fertility of their soil. If they didn’t do a soil test in the last three to five years, there is still time to do one, according to Reed, although the best time to test soil is in the fall.

Although the extension office is closed, gardeners can get the soil test forms online by googling aaslab@psu.edu. The soil’s fertility will determine the optimum lime and fertilizer requirements.

Be careful with working the soil too early while putting early crops in. If it is too wet, wait, Reed advises.

“To check if it is too wet take a handful and roll it in your hand. If it sticks together it is too wet, if it crumbles and falls it can be worked. Potatoes, peas and other cool season crops can be put in now,” he said.

Look at your seed packets or the label on your plants for information on when to plant. Have a diagram of your garden so you know where your crops are located, and you can properly rotate those crops next season. Prior to planting, add fertilizer in accordance with your soil test results, Reed said. Also follow fertilizer recommendations for your crops. Some vegetables will require side dressing of fertilizer (giving extra nutrients) as the season progresses.

Gardeners can start growing seedlings inside now. Look at the instructions on the seed packet/catalog and it will tell you when to start seeds indoors, he said. For example, 6 to 8 weeks before setting outdoors. Seedlings can be set outdoors after the danger of frost has passed.

“The seedlings require a good soilless mix (do not use regular soil), heat, 12 to 14 hours of light, and water (don’t overwater). If using lights, they should be kept 2 to 4 inches above the plants,” Reed said in an email.

There are commercial grow racks, but they can be easily made using fluorescent shop lights, he said. Heat mats will also help. Seedlings should be kept away from cool drafts.

Plant outside in accordance with packet instructions, Reed said. The timing depends on the plant, he said.

“For example, peas and potatoes are in the garden now. Peppers and tomatoes are under the lights just starting. They should not go in the garden until the soil temperature is 60 to 65 degrees and the night temperatures are above 55 degrees. That is usually after Memorial Day into early June in Schuylkill County.”

The seedlings should get some time outdoors for a week to 10 days to “harden off” before going into the garden, he said. There are other crops that get planted later in summer for a fall harvest, Brussels sprouts, late season cabbage and winter squashes, for example.

Also online are planting calculators from various seed companies. Usually you type in your zip code and the information for your area pops up, Reed said.

“Our area’s average last frost date is between May 15 to May 20, and I said ‘average.’ It can be quite cold sometimes into June,” Reed said. Warm season crops will stunt and produce poorly if the temperatures are cold, he said.

Most of the county is in Hardiness Zone 6, with some of the more northern parts in Zone 5.

“So basically, our warm season growing days are from June to September roughly. That would be for crops like tomatoes, peppers,eggplant, cucumbers, melons, sweet potatoes and summer squashes,” Reed said.

Cool season vegetables can go in “from when the ground can (be) worked” in spring and in some cases harvested in summer and another crop planted in late summer for a fall harvest. Cabbage, Brussels sprouts,radishes, rutabagas, broccoli, cauliflower, and peas are examples. The seed packages, catalogs, and planting calculators will provide planting times.

“Having a perfect garden would be great. There always seems to be something that makes it a bit of a challenge. We can do everything right, and then, ‘poof,’ something fails, rots or gets eaten by a groundhog,” Reed said.

We also can cause problems ourselves, he said.

Planting warm season crops too early, will cause them to stunt and not produce well. “Too much fertilizer, could burn the roots or in the case of peppers or sweet potatoes too much nitrogen will produce a lush of green large pepper plants and no peppers. Sweet potatoes will grow a bunch of vines with very small sweet potatoes.”

Planting too close can cause problems for root crops like carrots, beets, and radishes. They will be small and probably a bit “strange looking,” he said. If conditions are cool and damp, foliage that is close together and can’t air dry may get fungal problems — especially in tomatoes.

The number one frustration for most gardeners is the annual battle with weeds, he said. “They are relentless, harbor insects and disease and cause a lot of frustration. You can ask any gardener ‘How do you control weeds?’ and you will get a different answer from each one. The one I never hear is ‘I don’t have weeds.’” Reed said.

There are many ways to fight them; hoeing, cultivating, plastic mulch, straw, newspapers, landscape/weed cloth, to herbicides, according to Reed. Read the label before using any herbicide, he said. “The one I find the best—-handpulling the little monsters. Whatever method you use, do it often. Once they set seed, next year’s weeds have been planted.”

Most vegetables that home gardeners grow require about 1’’ of even water a week and if it is dry during the growing season watering will be required, according to Reed. Pay attention to the weather, use a rain gauge and keep track if there are drought conditions, he said.

It’s hard to say if certain pests will be more prevalent this year, Reed said.

“The Spotted Lantern Fly will be hatching the end of this month. They have four nymph stages and are very small and fast.

Another invasive is the Allium Leaf Minor that attacks onions, chives, garlic, and even ornamental alliums. They are small and usually (you) see the damage on the leaves of alliums as a group of circular spots in a vertical line.”

The larvae then hatch and proceed to the bulb and then you see leaves distorted and the crop is ruined. The best way to protect your garden from insect pests and diseases is to scout the garden and look for small incidents before they become a big problem, he said.

Burke sees the value in homegrown produce, especially during the coronavirus crisis.

“I think that the sales will increase because people will be more appreciative of the things that they took for granted,” she said.