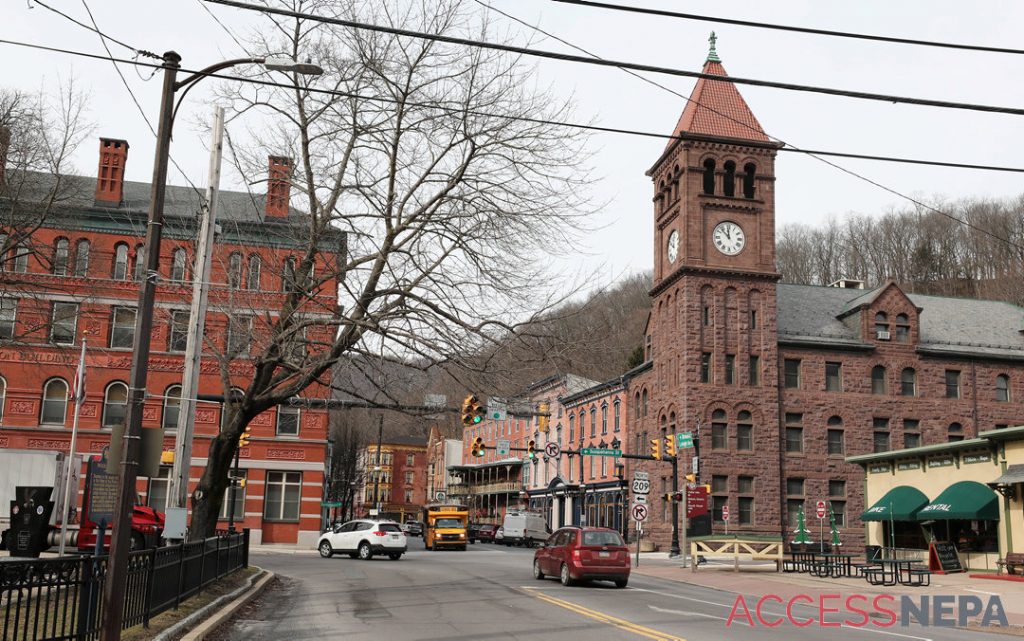 Get away for the day in Jim Thorpe

For sightseeing, bicycling, hiking or riding the rails, Jim Thorpe offers it all.

The historic town, once known as Mauch Chunk, was once the home of 19 of the country’s 26 millionaires. Visitors to the Victorian community can take a self-guided walking tour to see some of their homes, along with other sites.

“Experiencing downtown Jim Thorpe is made even better when you’re on foot, winding between historic buildings and unique shops,” said James Hammil of the Pocono Mountains Visitors Bureau.

For a map, stop at the Jim Thorpe Visitors’ Center at the 1888 Mauch Chunk Railroad Station.

“Then stroll through town to see the opera house, jail, rowhomes and ornate buildings that look like a living postcard,” Hammil said. “Jim Thorpe is one of the gems of the Pocono Mountains and has so much to discover around every street corner.”

Among the ornate buildings is the 1861 Italianate mansion on Packer Hill, the home of philanthropist and railroad magnate Asa Packer. The mansion has 20 rooms with elaborately carved wood paneling and original furnishings. It took two years to build and cost $14,000. 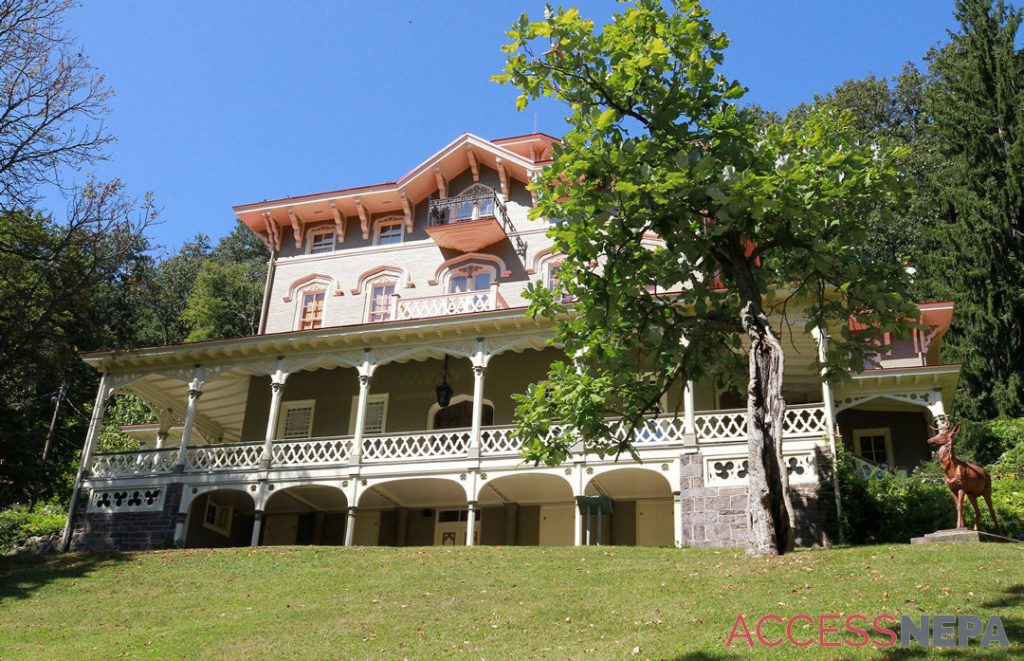 WARREN RUDA / STAFF PHOTOGRAPHER
The Asa Packer mansion is among the top attractions for visitors to Jim Thorpe.

Nearby is the Harry Packer Mansion, built in 1874 and a wedding gift to Harry Packer from his father, Asa. Its veranda is made of New York blue stone, and the inside includes an original mahogany ceiling.

St. Mark’s Episcopal Church, 21 Race St., also on the tour, was built in 1869 and houses elegant Tiffany windows. It has a wrought-iron passenger elevator and a Minton tile floor made in England.

The entire downtown was added to the National Register of Historic Districts in 1977, and other buildings on the tour are outstanding examples of historic architecture from different periods. 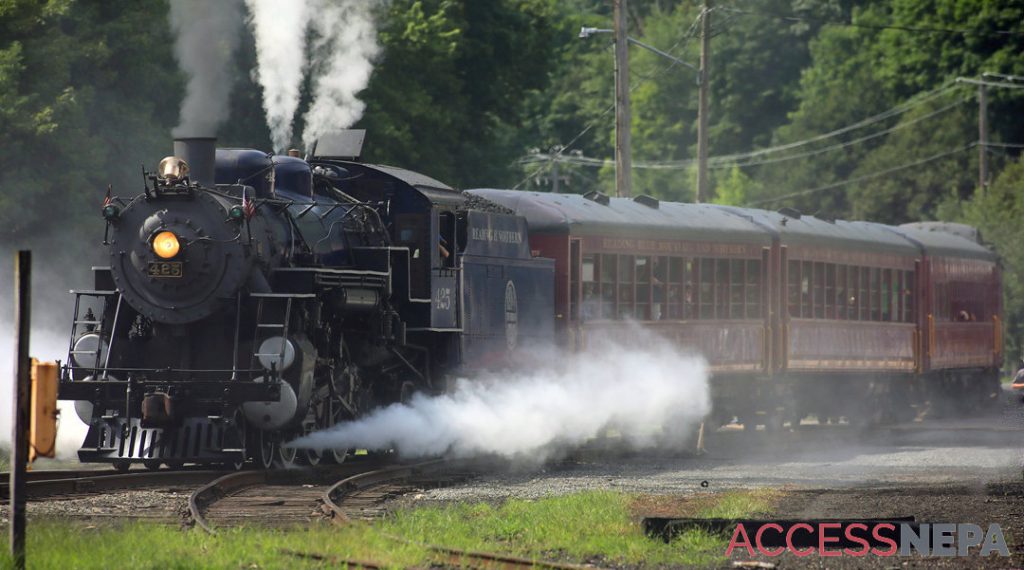 The Lehigh Gorge Scenic Railway has regularly scheduled trips that depart from the train station.

“The trains take passengers about 7 miles into the Lehigh Gorge State Park and then return to Jim Thorpe,” said Matt Fisher, passenger general manager for the Reading and Northern Railroad, which operates the trains.

“While on board our trains, passengers will travel along the Lehigh River and see rafters, bikers on the trails and even wildlife, as well as historic areas that are pointed out by the narrator on board,” Fisher noted.

Many of the standard coaches were built in 1932 by Bethlehem Steel.

“The train rides appeal to all age groups,” Fisher said. “We often see families, couples and even solo travelers on the trains.” 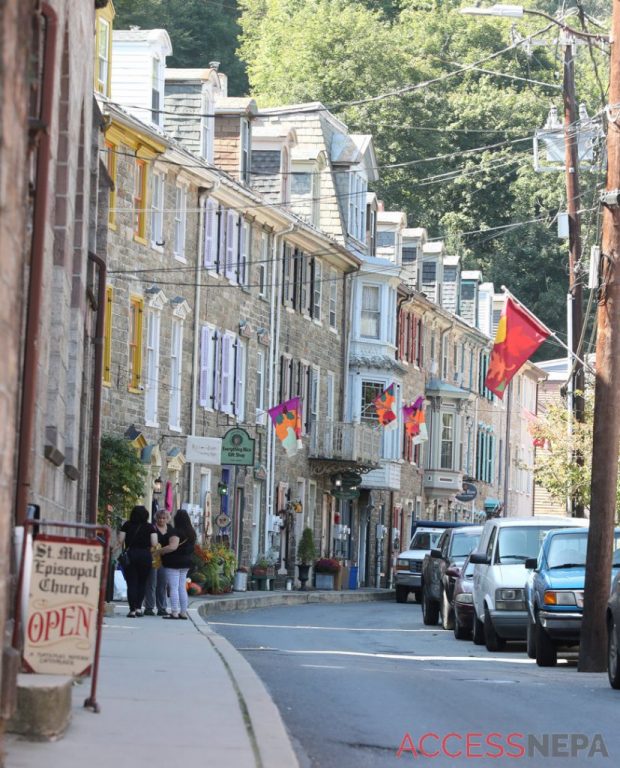 ACCESS NEPA FILE
Shops line Race Street in Jim Thorpe, whose downtown was added to the National Register of Historic Districts in 1977.

Because of the COVID-19 pandemic, Jim Thorpe canceled its annual Fall Festival. There also will not be any craft vendors at Josiah White Park.

Despite those cancellations, the Jim Thorpe Visitors Bureau noted that restaurants and merchants are open. Some restaurants offer outdoor seating, but state law limits indoor dining capacity. Dining options are plentiful, though, with cuisines ranging from Chinese to Italian.

Retail shops offer gifts, toys, ornaments, antiques, candy, jerky, eco-friendly clothing and more. Most of the shops and restaurants are in the downtown, but other options are just a short drive away. 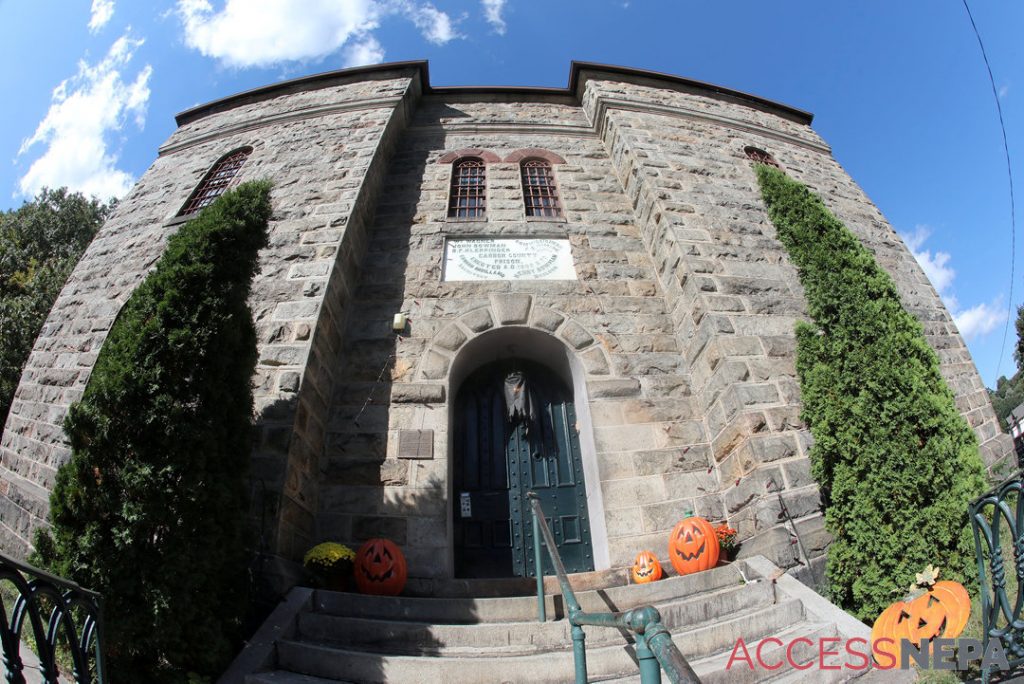 WARREN RUDA / STAFF PHOTOGRAPHER
The Old Jail Museum, 128 W. Broadway, Jim Thorpe, is open for ghost tours Saturdays in October through Oct. 24. Tours will be held in the dark and will take people to cells and the dungeon.

The Old Jail, 128 W. Broadway, was the site of the hanging of seven Irish coal miners who allegedly belonged to the Molly Maguires. On June 21, 1877, four men were hanged at the same time on gallows erected inside the cell block. Three additional “Mollies” were hanged in the following years.

The jail is known for a handprint on one of its cell walls. Visitors will learn that the men proclaimed their innocence before their deaths. One of them placed his hand on the dirty floor of his cell, then pressed it to the wall, saying, “This handprint will remain as proof of my innocence.”

“That handprint is visible today for everyone to view even though past wardens tried to eradicate it by washing it, painting it and even taking down part of the wall and re-plastering it,” according to museum officials.

The building has 27 cells and basement dungeon cells used for solitary confinement.

“Almost all, if not all, people leave being amazed on how these people lived in jail in the 1800s and 1900s,” museum official Blaine Dart said. “They also find the dungeon more interesting.” 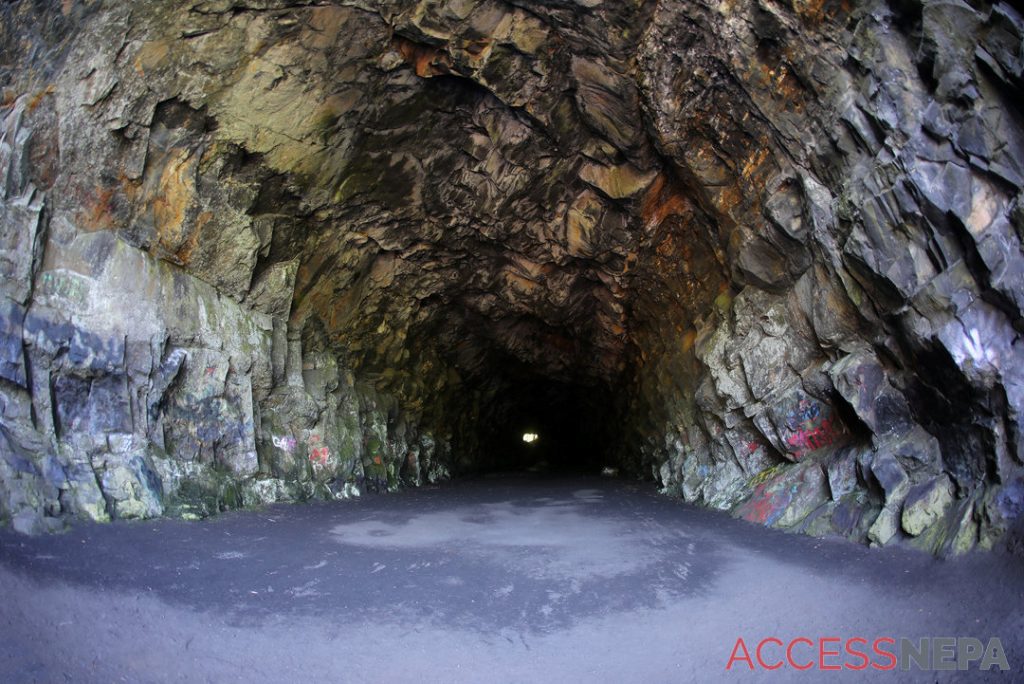 Visitors can cast a line into the Lehigh River, bicycle, hike or book a whitewater rafting trip through a number of outdoor outfitters.

The gorge follows more than 20 miles of the D&L Trail, and the abandoned railroad grade along the river is popular among not only walkers and bikers but also sightseers and photographers.

Admission is free. The park is open daily.