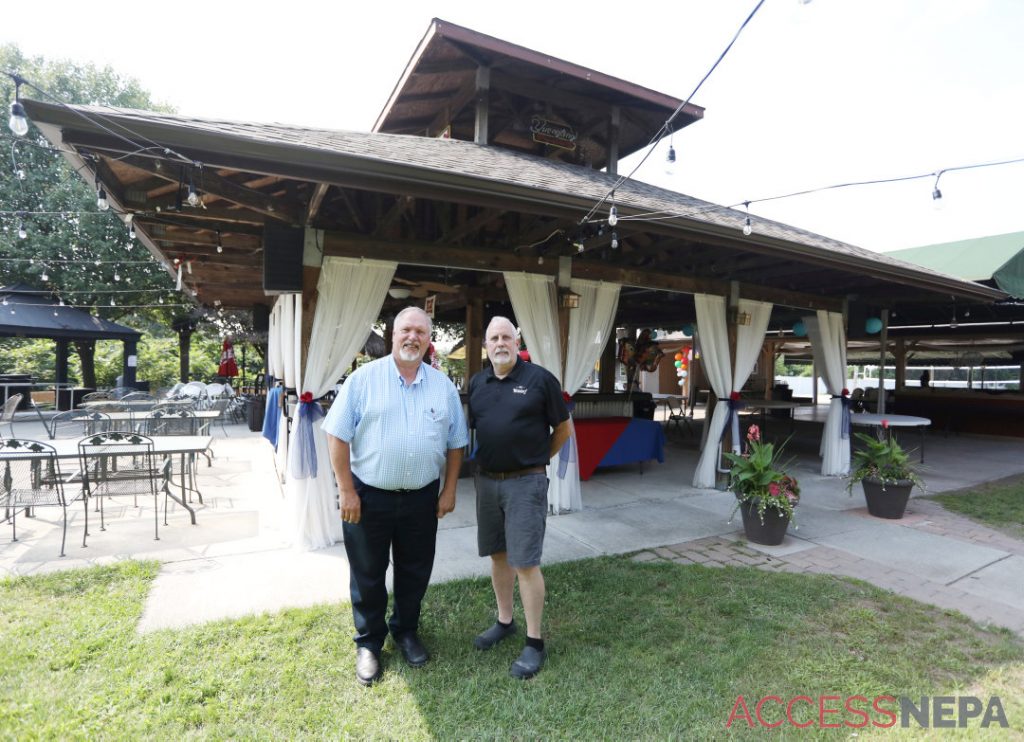 When the Lackawanna County Branch of the German American Alliance decided to mark the completion of a dance hall and other pavilions at Waldorf Park on East Mountain by holding its German Day observance there in 1911, it left no doubt what to expect.

“A band will be hired for the entire day, and the time will be spent as it is in Germany, dancing, singing and having a good time generally,” an announcement published in The Scranton Truth proclaimed.

More than a century later, some things haven’t changed.

The Waldorf Park German American Federation will host the 115th annual German Day on Sunday with a celebration of German culture and heritage that will include traditional music and dancing, along with German food and beer.

It will be the 110th such event at the Waldorf.

“German Day is really based on the tradition of Germans having a good time, of getting together and touching base with their ancestry,” East Mountain resident Joe Wechsler said.

In advance of this year’s German Day, Wechsler, Waldorf Park’s treasurer, compiled a history that traces the ups and downs of both the event and the venue.

There have been many of each as German Day has endured through two world wars when many Americans held an unkind view of Germans and now, with COVID-19, through a pair of global pandemics.

He said there may be no other similar ethnic celebration that can say it’s been marked annually in Scranton for 110 years without interruption.

“I think it’s the oldest, to be honest with you,” Brady said. “I don’t think there is anything out there that matches it.”

He and Wechsler anticipate about 500 people for Sunday’s event. That will be a decent turnout, certainly better than the pandemic-limited crowd of 220 people on hand last year.

But it pales in comparison to the thousands who regularly attended German Day celebrations at Waldorf Park during the event’s heyday prior to World War II.

The organization that is now officially known as the German American Federation of Lackawanna County can trace its roots to 1906, and for the first five years of its existence it conducted a joint German Day celebration with a similar group from Luzerne County, Wechsler said. Some of those were at locations in the Scranton area; others were in Luzerne County.

That changed after 1910, when the Lackawanna group bought 10 acres on East Mountain started developing Waldorf Park, a site that would eventually grow to 21 acres and expand to include an amusement park, athletic fields and multiple structures. The original section of the existing clubhouse was completed in the late 1930s.

The Waldorf encountered its first rough patch with the outbreak of World War I, which raised suspicions about German loyalties, Wechsler said. At the time, many German immigrants in the city still had a strong affinity for their homeland.

Feeling the pressure, the county German American Alliance branch changed its name to the Waldorf Park Association in 1918.

“Even though they were German, they were very proud of being Americans,” Wechsler said. “They made a point of saying, ‘American Germans.’ “

Although anti-German sentiments eventually waned, the Waldorf and German Day did not regain their pre-WWI popularity until the 1930s.

Then the celebration became enormous.

Contemporary accounts indicate Waldorf Park regularly hosted German Day crowds in excess of 10,000 people in the latter half of the decade, including 25,000 attendees in 1936.

The start of World War II had a huge impact on Waldorf Park as activities and attendance dropped as men headed off to fight, Wechsler said.

In part because of renewed animosity toward Germans, the name of the annual celebration was changed to German American Day in 1941, and to Waldolf Day in 1942, he said. In 1943, it was billed simply as the Labor Day Picnic.

German Days continued after the war and in the decades that followed, but it appears they never again drew the massive crowds of the pre-war era, Wechsler said.

At the same time, Waldorf Park underwent a series of changes.

By 1960, there were no longer any affiliations with the original founding organizations, and the park at times struggled until the 1970s, when it began transitioning into the popular social club and event space many city residents are familiar with today.

Sunday’s celebration, which will run from 1 to 6 p.m., will feature traditional German music by the band Schnitzel, along with traditional Schuhplattler dancers from the Reading area.

Tickets are $5 in advance or $8 at the door, and German food and beverages will be available for purchase.

The event will open with the ceremonial tapping of a keg of German Day doppelbock beer by descendants of some of the Germans who started the event 115 years ago, Wechsler said. The beer was brewed specially for the occasion by the Groove Brewing microbrewery on North Washington Avenue.

Wechsler, whose great-grandmother, Theresa Wechsler, was the head of the ladies auxiliary at the time, is scheduled to participate in the ceremony, along with members of the Wintermantel and Tansits families.

“We have a lot of current members or people who come here whose families go back to the original German Days,” Wechsler said. “If they show up, they can join us.”