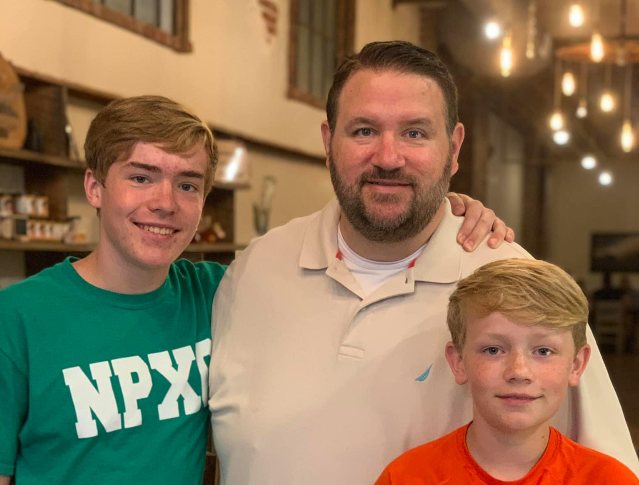 What: Friends of Scranton native and Jefferson Twp. resident Liam McAndrew see him as a genuine person whose name brings a smile to their faces. He was your typical healthy guy back in 2004 when he suddenly began struggling to breathe while climbing stairs. At the emergency room, he was misdiagnosed with pneumonia, and further examination revealed he was in congestive heart failure. McAndrew was transferred to the Hospital of the University of Pennsylvania, Philadelphia, where tests revealed the Coxsackie B virus had caused his cardiomyopathy.

For 15 years, McAndrew, now 46, managed his condition, but his symptoms returned in the winter of 2019. Doctors diagnosed him with end-stage heart failure, and he received a left ventricular assist device implant in April. The device keeps his heart working until he receives a transplant. His positivity has never wavered, and McAndrew tries to live a normal life, working for Maines Paper & Food Service and spending time with his family, including wife Megan and sons Liam Peter and Rory Dempsey.

Why: All of the proceeds from the fundraisers will go to the McAndrew family to cover unforeseen medical expenses and help them avoid unneeded stress as they focus on their patriarch’s healing and recovery. McAndrew also will miss work after receiving a heart transplant, and loved ones hope to raise enough money to help him take at least a year off to recover.

In his own words: “The community is truly rallying to show some love for Liam. The best response though came from Liam, himself. Undoubtedly humbled by the support and the donations that have already come and that hopefully will, this is not about money for Liam. … When I asked if he was OK, he replied, ‘I can’t wait to have everyone I love in the same room, this has been such a tough year for Megan and I and the boys. We need to be with our friends and family. I can’t wait.’” — Michael Holland, friend