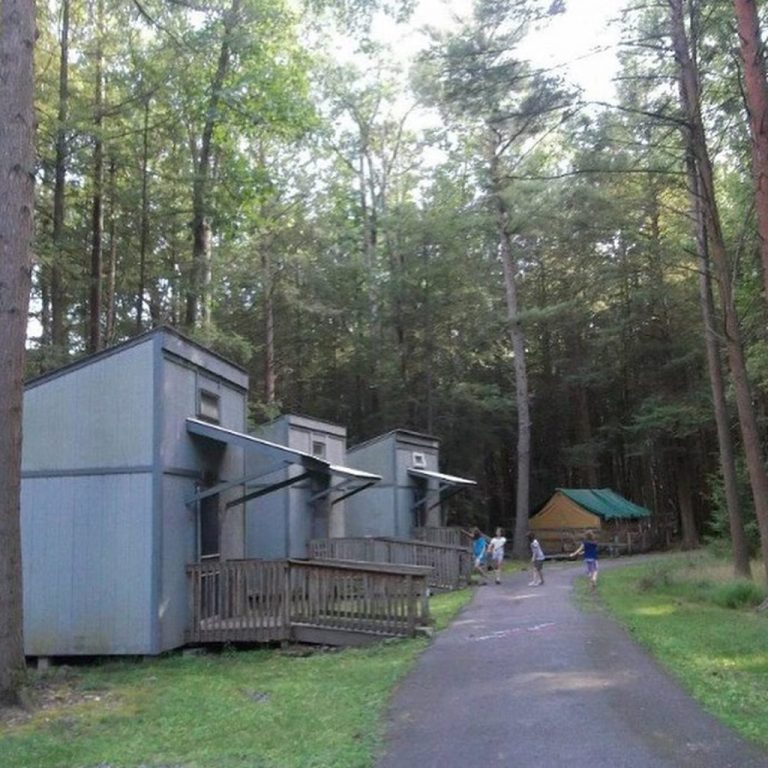 Friends of Camp Louise to hold Terror on the Mountain”

More than three years after a popular Girl Scout camp closed, a nonprofit group continues to raise funds to fix it and its volunteers hope to purchase it in the future.

The Friends of Camp Louise group, which started out as a fun Facebook page to talk about fond memories of the camp near Shickshinny, plans to hold a haunted trail called “Terror on the Mountain” at the camp at 195 Hawk Road on Friday and Saturday, with rain dates of Oct. 25 and 26.

Doors open at 6 p.m. The first tour will start at 6:30 p.m. and the last will be at 9 p.m. A shuttle service will be offered from Summerhill Fire Co., 422 Summerhill Road, Berwick.

The event will include a haunted maze, a “freak show,” an outdoor movie, a tarot card reader, and snacks and hot chocolate. The cost is $10 for adults and $5 for kids under age 12.

The group also will hold a day at Camp Louise from 11 a.m. to 2 p.m. today for people to see the progress made at the camp.

“Our hopes are to be able to purchase the camp in the near future,” said Kathleen Lockman, president of the group.

In July 2016, the Girl Scouts in the Heart of Pennsylvania announced at a meeting at Bloomsburg University that the camp would be closed as a result of infrastructure issues and sold.

“The announcement was devastating and many in the room were shocked, saddened and angered by the news,” Lockman said. “From that moment on, the Friends of Camp Louise has united and done whatever possible to either fix our beloved camp or purchase and take over our beloved Camp Louise.”

The Friends of Camp Louise has been raising funds since 2016. While the group hoped to work with the Girl Scouts in the Heart of Pennsylvania if the camp was retained, Lockman said “we were preparing for purchasing.”

Offers were made but the Girl Scouts in the Heart of Pennsylvania ultimately chose to sell the property in March 2019, she said.

In April, the Friends of Camp Louise announced they were granted the ability to lease the camp for one year. Lockman said they still hope to purchase the property they are leasing.

“Sadly, many of our buildings are in disrepair, and we need to call out to the public to ask for help,” she said.

She said they need monetary donations, gifts in kind, licensed skilled plumbers, roofers, carpenters and general laborers to help “us restore this magnificent camp to its former glory.” They also are looking for donations of wood, wiring or any materials that might be used at the camp.

“We have been the beneficiary of the talents of many wonderful individuals and businesses to provide us with donations,” Lockman said.

Since May, the group has held “work weekends” and Lockman said they “had many wonderful volunteers, both individuals and groups, help us, providing over 1,500 labor hours.”

“We have had some major expenses such as septic, plumbing and roofing and we were successfully able to pay for the repairs and the utilities,” she said. The group hopes to secure an occupancy permit and rent the camp out for day programming and weekend programming to youth groups, church groups, Boy Scouts and Girl Scouts private events such as picnics or even weddings.

To ensure this happens, Lockman encouraged people to attend the upcoming fundraising events. Information about the group can be found on the Facebook page for the Friends of Camp Louise that has grown to include more than 1,200 members.