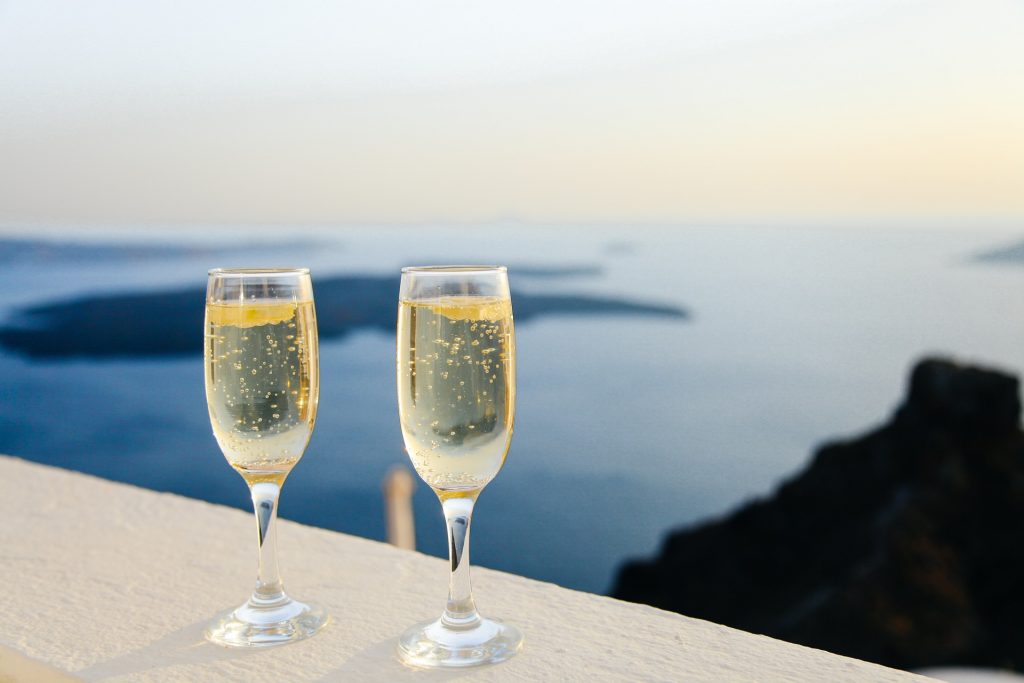 For the last half century, Champagne producers have had sparkling wine divisions in Napa Valley. Hoping to keep some distinction between the Gallic mothership and the New World outpost, the parentage may be difficult to recognize.

These producers largely have stuck with the expensive, time-consuming methode champenois, even on American soil. At the same time, they revel in the lack of governmental regulations, at times using unconventional grapes in their blends. Most make fruit-forward wines more attuned to New World tastes.

Long before the French arrived, the United States had a tradition of making sparkling wine in California and New York. Korbel started in 1882, and family-owned Schramsberg Vineyard is in its second half-century of production in Napa Valley.

Champagne house Moet & Chandon has Chandon in the heart of Napa: Yountville. Piper Sonoma is the American arm of French Champagne group Piper-Heidsieck.

Some connections are less obvious, such as Domaine Carneros, a joint project that includes Champagne Tattinger. The domestic sparklers generally offer great value when compared to Champagne, which rarely costs less than $40.

One of the best known French connections is Mumm Napa, which G.H. Mumm started in the 1980s. Mumm tapped French-born, Finger Lakes-based winemaker Guy Devaux, who had worked for years in Gold Seal Vineyards in Hammondsport, to lead “Project Lafayette,” secretly making test batches of bubbly from grapes sourced in Oregon, California and New York. They settled on the cooler parts of Napa Valley.

I tried the New World and Old World Mumms, and they showed completely different stylistic approaches.

With a rich, golden color, G.H. Mumm Grand Cordon Rouge is complex but still subtle, with lemon and roasted nut and vanilla plus a rich texture and touch of sweetness. $44. ★★★★