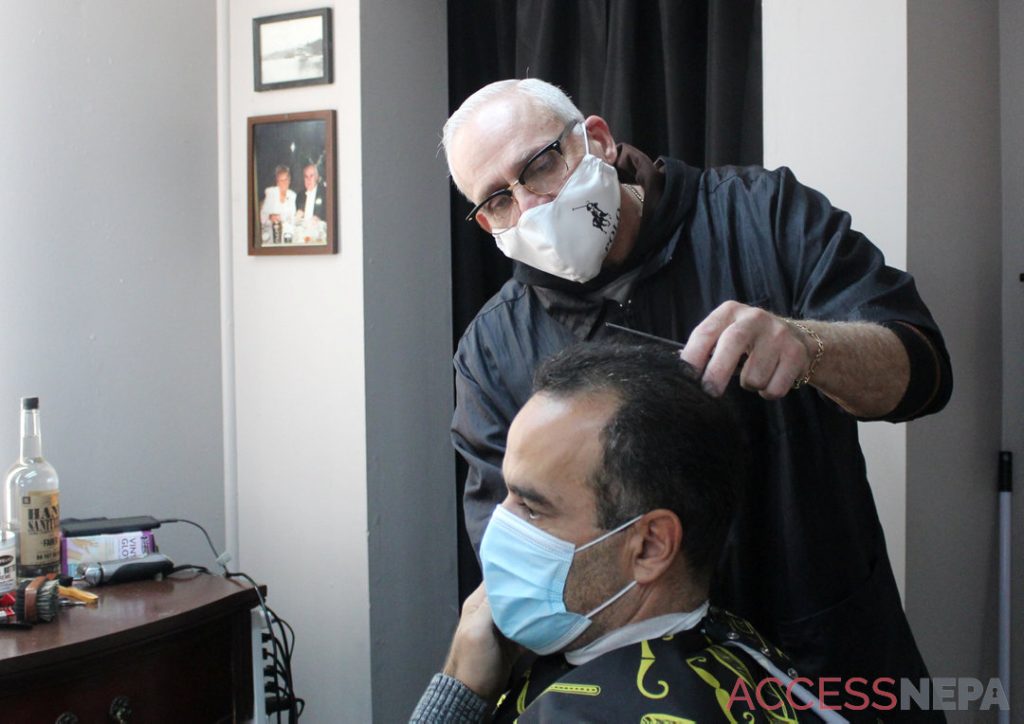 Having been a barber for 36 years, cutting hair has become a serious part of Frank Gabriel’s life.

He has worked in Dickson City, Scranton and even New York, and now has settled in an area that he loves and calls home.

Frankie G’s Clip Joint, located at 69 Bridge Street in Tunkhannock opened on Nov. 18, and Gabriel is already looking to make the business bigger.

“Right now it’s just me,” Gabriel said. “But as we get going I’ll look to hire another barber to help me out with some of my overflow.”

Barber shops have been one of the places hit hardest in the early stages of the COVID-19 pandemic as Pennsylvania restrictions forced shops to be shut down completely. Gabriel knew that he was taking a risk by opening up a new barber shop in the middle of a pandemic, but it was a risk that he was willing to take.

“I knew opening a new shop wasn’t going to be easy, but I am up for the long-term challenge,” he said. “At all the other shops that I have worked at, it was busy right away. It’s been a little slow to start, but I think that will change once I get the shop completely done.”

Frankie G’s Clip Joint, as Gabriel describes it, is your typical old-style barber shop that offers haircuts for $15, and senior haircuts for $12. The shop also offers neck shaves and trims. It will offer beard trims and beard shaves in the future, but because of the current restrictions, stylists are not allowed to get too close to a customer’s face.

Gabriel said that opening a barber shop in Tunkhannock was easy for him, because the building where the shop is located is the former home of La Casa de Pasta restaurant, which was owned by his brother.

When his brother closed the restaurant, he was able to use the building to open his barber shop.

“I always loved coming up to this area and all the towns up here,” Gabriel said. “I have gotten to know a lot of people in the area well, and I figured that could help me get some business.”
Gabriel has a loyal following of customers, one of those customers is Antonio Lesavage of Scranton. He has been getting his hair cut by Frank since he was a barber in Scranton, and now drives up to Tunkhannock just to get a haircut.

“Frank’s skill is unmatched in my opinion,” Lesavage said. “A lot of barbers just use clippers now, and Frank is still a scissor guy. Every haircut that I have gotten from him has been perfect, so why would I got to someone else?”

Even though Gabriel has been a barber for more than three decades, it was never what he saw himself doing full time when he was younger. Cutting hair was something that he enjoyed doing sparingly, but he also liked the interactions with people. He describes himself as a “people person.”

“I was actually a bartender before I was a barber,” Gabriel said. “You need to be able to have good people skills and interactions to be able to do both those jobs. I also like to work. I’m not a guy who just sits around.”

Gabriel said one of his friends trained him how to cut hair when he was younger, and he then knew it was something he wanted to do with his life.

“I didn’t just wake up one day and said that I wanted to be a barber,” Gabriel said. “I thought about it, talked to my family, and the rest is history.”

Lesavage is glad he made the decision to become a barber a long time ago.

“If you want a professional haircut that’s reasonably priced, and just a small old-school barber shop that makes you feel welcome, come to Frank’s,” Lesavage said. “It’s not just a business for him, it’s like a family.”