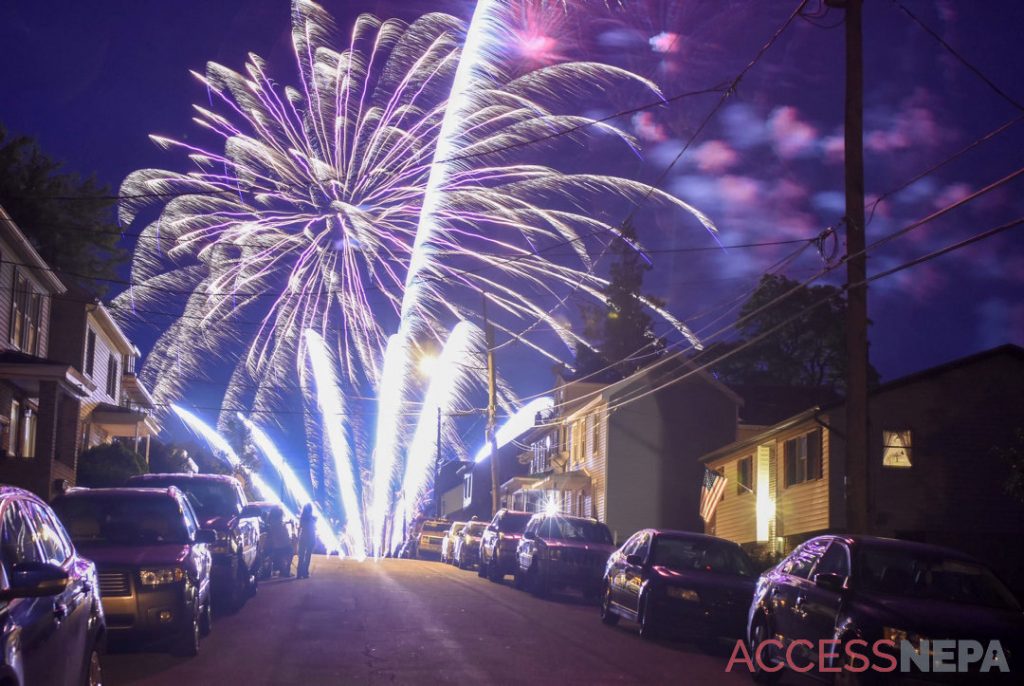 FRACKVILLE — With COVID-19 pandemic restrictions mostly lifted, the fireworks display scheduled for Saturday in the borough is again open to spectators.

The Frackville Area Fireworks Committee is ready to hold a show for the evening before Independence Day at the Frackville Little League/Softball Complex on West High Street in the Plane Field section.

This will also be the 10th year in a row that the fireworks program is being held, having resumed in 2012 after being discontinued for a few years

Committee Secretary Zack Chernewski spoke about how great it is to be able to open the program to the public, especially with it being the 10th anniversary year.

The actual fireworks program will begin at dusk, sometime between 8:30 and 9 p.m. The vendors begin selling at 5 p.m. The rain date is Monday.

Chernewski said the streets north of Pine Street will close to traffic at 7:30 p.m.

The fireworks committee was founded by community groups that wanted a return of the popular summer event.

“We are our own separate committee, but it’s a mix of people from the Friendship Fire Company, the Good Will Fire Company, the Frackville Recreation Board, girls’ softball, midget football, the Odd Fellows Association and other organizations,” Chernewski said. “We get the support from businesses and Frackville residents, who always go above and beyond.

“This definitely is a community fireworks event. We’re grateful for everybody’s support. And we really get along with the borough. They always have our back.”

In March, the Gilberton Borough Council approved a request from the fireworks committee to hold the show at the fields, which was followed by the council approving its annual donation of $100 to the committee.

Due to the pandemic and the need for social distancing, and since the program does draw a crowd, it was not possible to hold the program on July 3 of last year.

When the state opened up a bit later in 2020, the committee received permission from the borough council to set off the fireworks on Sept. 5, although the public was not allowed to gather together around the fields.

The fireworks show will be provided by Bixler Pyrotechnics, Ashland.

“We will have air display and ground display,” Chernewski said. “You will be able to see it all throughout town.”

“We really are the only fireworks show in northern Schuylkill County that I know of.”