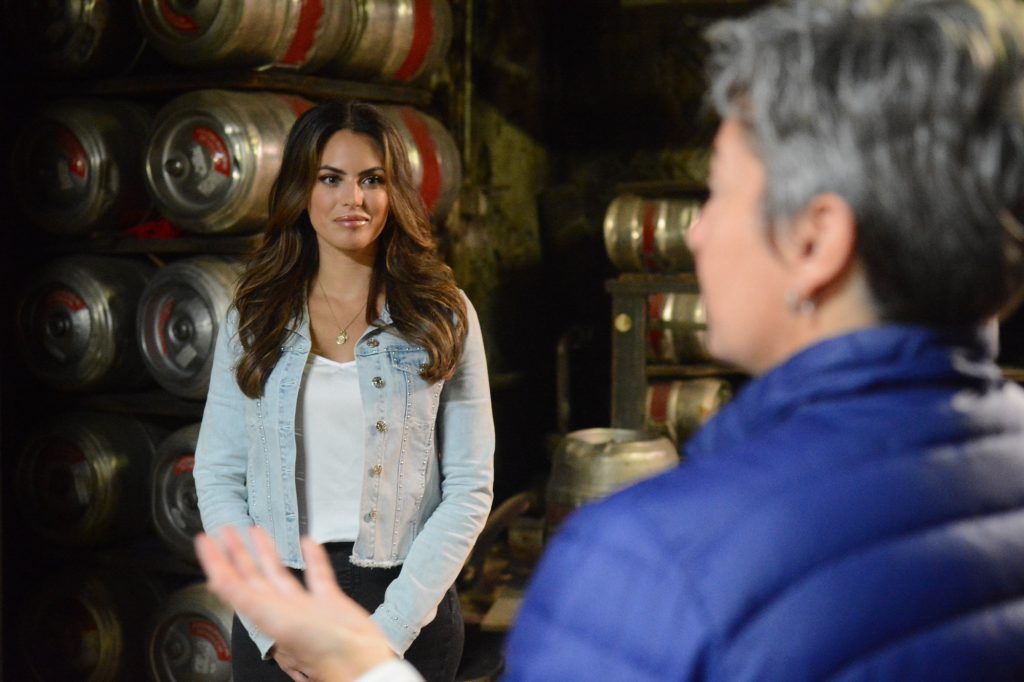 Subscribers to the Fox Nation will get to know the city in a show highlighting the hometown of its newest host, Kacie McDonnell.

McDonnell, 29, and a Fox film crew were in the city Thursday to film segments for an upcoming “Meet Kacie” program on the on-demand subscription-based streaming service.

The 2008 Nativity BVM High School graduate is a lifestyle and sports host on the platform. McDonnell started in her position Monday but will make her television debut Nov. 6 at the Fox Nation Patriot Awards in St. Petersburg, Florida.

The crew filmed McDonnell at various sites in the city, including her family home in the Seiders Hill neighborhood, the high school, Roma Pizza and Yuengling Brewery.

She said she was thrilled with the greeting she received at her alma mater.

“They had ‘welcome home Kacie’ signs on the doors,” McDonnell said. “It was nice to see that there are so many familiar faces there.”

One of those faces is the school’s gym teacher, Josh Muldowney, son of Mayor James T. Muldowney.

“It was nice to catch up with him,” McDonnell said with a smile.

Her family has roots at Nativity BVM. Her grandmother, Dorothy Lazovi, was one of the school’s first graduates. Her mom, Michele McDonnell, also graduated from the school.

“It’s definitely a legacy,” she said.

It was at Nativity BVM that McDonnell decided she wanted a career in television. She credits the school with preparing her for her career. In high school, she participated in pageants. In 2007, McDonnell was named the Greater Pottsville Winter Carnival’s Snowflake Princess.

“I really got a taste for the platform that went along with (doing pageants),” she said. “You realize you can share that with other people who don’t have that platform and help tell their stories.” 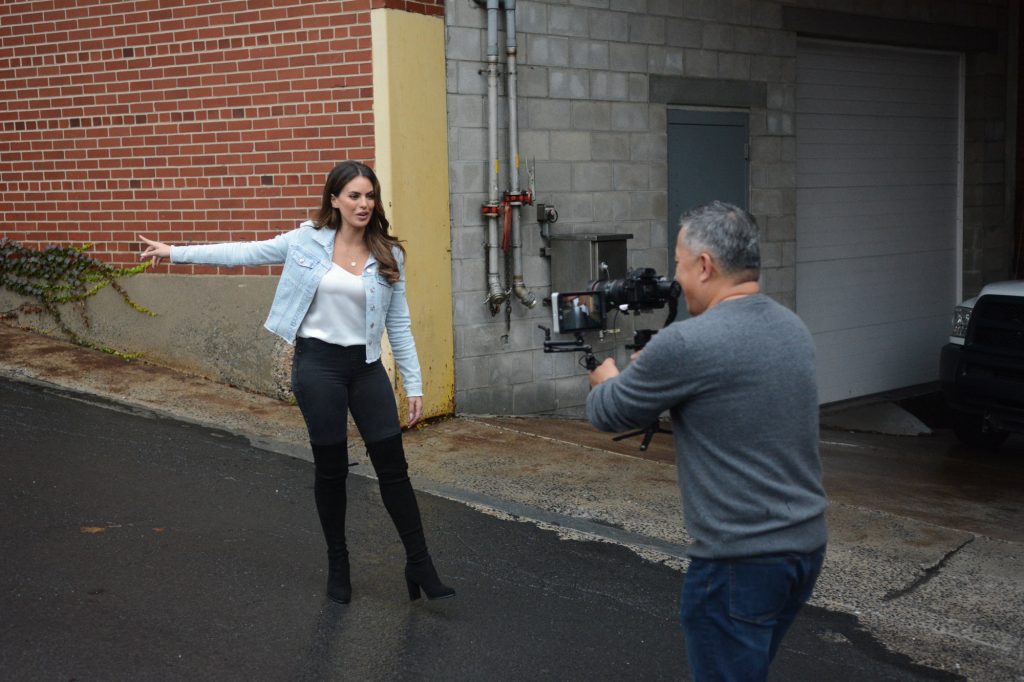 LINDSEY SHUEY / STAFF PHOTOGRAPHER
Kacie McDonnell, left, talks to the camera held by Kenny Chow as she and her production crew film a TV segment at the D.G. Yuengling & Son Inc. brewery on Mahantongo Street in Pottsville on Thursday, Oct. 31. McDonnell is a Nativity BVM High School graduate who has been hired by Fox for its Fox Nation program.

“I realized quickly that a career in television would afford me the opportunity to tell others’ stories.”

She said seeing her family home and alma mater being filmed for national television is “surreal.”

The crew captured her pouring hops into a brewing kettle and sampling different Yuengling beers with the sisters.

A 2012 Villanova University graduate with a degree in communications, McDonnell began her career at Fox 29 in Philadelphia, then worked for 41 Action News KHSB in Kansas City, Missouri. She most recently worked for three years as a sports anchor for New England Sports Network.

McDonnell said being away from Pottsville since her high school graduation makes her indebted for her hometown.

“Pottsville is so welcoming and embracing. They take care of their own.”