Mike Dargatis’ first life-changing film experience came as a little boy looking up in awe at a tall movie screen filled with velociraptors and brachiosauruses.

His dad had taken him to see “Jurassic Park” at the former Viewmont Mall Cinema in Dickson City, and as Dargatis settled into the cool, dark theater that day, he felt “fascinated by how they made this movie.”

“How could someone get to do this? How could someone be in it?” Dargatis recalled thinking during a recent phone interview. “It started a love of movies for me, and it was always in the back of my mind.”

Today, Dargatis – who was born in Scranton and grew up in Clarks Summit – looks to make his childhood dream come true as he works as an actor in Los Angeles, where he lives with his girlfriend, Kara. He has performed in several short films and dozens of national commercials as well as snagged supporting roles in upcoming feature films including “The Handler” and “Gasoline Alley” alongside Bruce Willis, Luke Wilson and Devon Sawa.

“If you would have told me then that I would be living in L.A. to pursue acting, I would have been like, ‘No way. Never,'” Dargatis said. “It’s crazy how things change.” 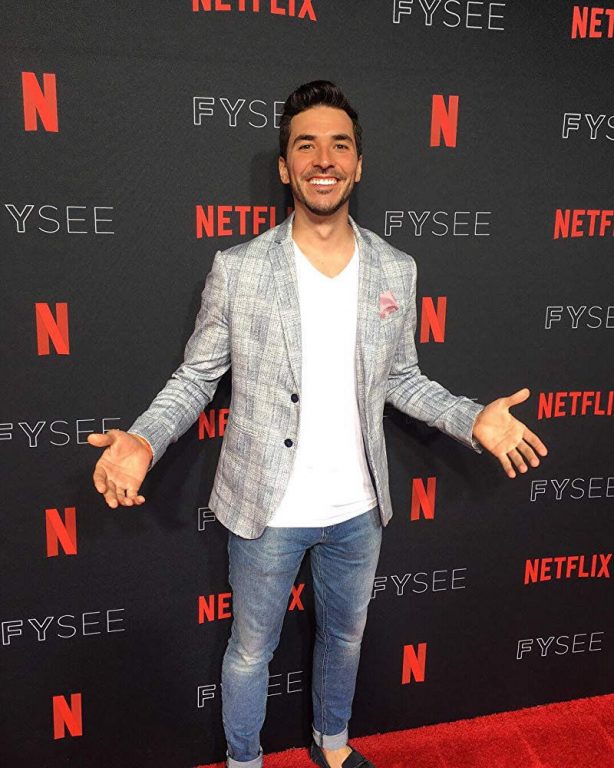 While Dargatis was living in Pittsburgh, he landed a walk-on role on A&E drama “Those Who Kill,” and fell in love with acting. He soon relocated to Los Angeles and found success, acting in commercials, television and film.

As he grew up, Dargatis held onto his love of films but didn’t pursue it as a kid or teenager. The son of Michael Dargatis and Laura and Vito Sampogne and brother of Nina Sampogne, Dargatis was interested in sports and played football and basketball for his alma mater, Abington Heights High School. Even if he wanted a taste of the bright lights of the stage, the football quarterback and basketball player, who helped lead his team to the Lackawanna Division I championship in 2008, didn’t have the time thanks to his grueling practice and game schedules.

“My mom was always wishing I would get into theater or something, but I just was so focused on sports,” he said. “Sports were my passion, and I was putting all of my time and energy into it. There wasn’t a lot of time leftover for me to even try anything else.”

After high school, Dargatis attended Clarion University, where he played football, before transferring to and graduating from Wilkes University.

He then moved to Pittsburgh and landed a job in medical records at UPMC. Word got to Dargatis that a television crew was going to shoot in the city and hold an open casting call. His friend’s mom (who also happened to be his boss) helped him submit a headshot, and Dargatis was cast as a waiter in the production, the A&E crime drama “Those Who Kill.”

Dargatis just returned from Tifton, Ga., where he filmed the feature “Gasoline Alley.” Dargatis has a supporting role in the film, which also stars Bruce Willis, Luke Wilson and Devon Sawa.

From the minute he stepped on set, Dargatis fell in love with acting and the industry. Watching actors such as Chloe Sevigny get into character and witnessing the hundreds of people who work together on set to get the job done, Dargatis became enamored with it all. He knew acting was his future and immediately began to pursue it as a career. He had headshots taken, enrolled in acting classes and figured out how to get an agent.

After acting in jobs around Pittsburgh, Dargatis sought a larger market, and he and his girlfriend, a makeup artist, decided California was the right fit for them. About three years ago, they packed up both of their cars and drove cross-country to pursue their dreams in Los Angeles.

Dargatis took more acting classes and, since he was in a new city, had to secure new agents for commercial, film and television. He landed roles as an extra on some Hollywood films, including “Southpaw” and “Batman v Superman: Dawn of Justice.” He also picked up print ad and commercial jobs.

One of the most recognized commercials he appeared in was for retail giant Walmart. Aired during the 2018 holiday season, the spot starred Dargatis as the “young, cool dad,” he joked, in which he and his commercial family were getting ready for a holiday dinner. Aside from family and friends, dozens of former classmates, acquaintances and more reached out after seeing him in the spot. He then acted in several short and independent films plus as a guest star on Investigation Discovery’s “Who Killed Jane Doe.” Dargatis also starred in several short films and in commercials for major brands, such as TrueCar, Experian, DoorDash, Office Depot, Mercedes and more. 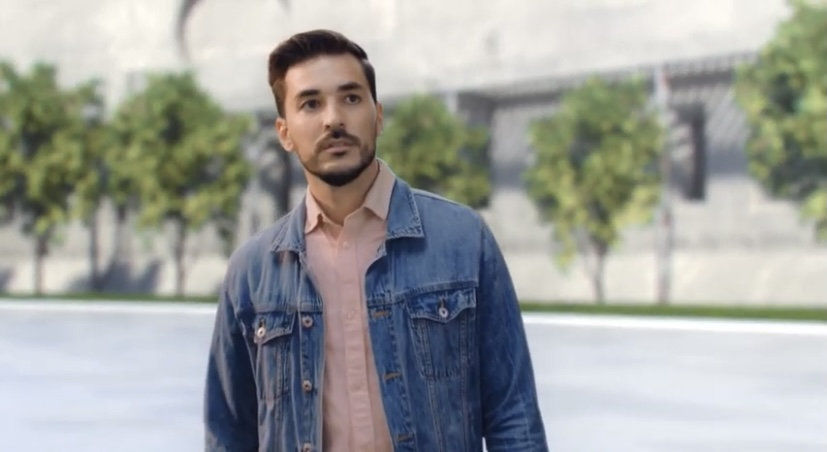 Dargatis also starred in commercials for major brands, such as TrueCar, as well as Walmart, Experian, DoorDash, Office Depot, Mercedes and more.

While commercials are fun for Dargatis, film remains his passion. He recently returned from Tifton, Georgia, where he filmed the feature “Gasoline Alley” with Willis, Wilson and Sawa. Gigs in films like these give him the chance to travel and see different parts of the world, but they also put him in the presence of pros.

“Watching (Willis, Wilson and Sawa) and just seeing them in their element and how they do things, it’s surreal,” Dargatis said. “It makes you want to step it up and be better. I was always on my toes.”

While he has to stay tight-lipped about films’ premises and his roles in them, he let on that he plays a villain type in “The Handler,” which is a fun departure from his actual personality.

“That’s the beauty of this whole thing, is getting into the mind of someone else and being someone else,” he said.

While portraying a character is exciting, Dargatis remains proud of where he comes from, and the lessons he learned in NEPA helped him get to where he is now. Dargatis always makes a conscious effort to represent his home region the best he can. Upon hearing he’s from near Scranton, the go-to questions from strangers typically revolve around “The Office.” And Dargatis actually has more in common with the NBC comedy than just its setting – in an episode in which Jim is reading a copy of The Times-Tribune, a photo of Dargatis holding a football is on the page.

“My connections to ‘The ‘Office’ run deep,” he said, laughing. 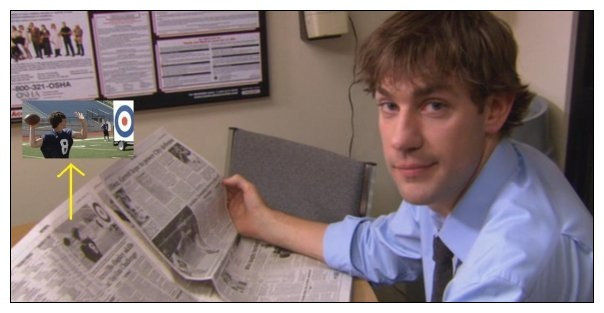 Dargatis appeared on screen long before he officially began his career. In an episode of NBC’s “The Office” — which is set in Scranton — Jim is reading a copy of The Times-Tribune, in which a photo of Dargatis holding a football is on the page.

Dargatis is attached to five upcoming feature films, all of which will shoot within the next year or so all over the world. He’s also working on a AAA video game that’s top secret for now, except for the fact that his likeness will appear in the game. With bright horizons ahead for Dargatis, he doesn’t lose sight of the little kid in the movie theater filled with wonder and big dreams.

“I can’t believe what I’m doing and what I get to do,” he said. “I feel so, so humble to just feel happy with what I’m doing. Some people never find that. It is cool, though, to think back on those moments and see where I’m at today.” 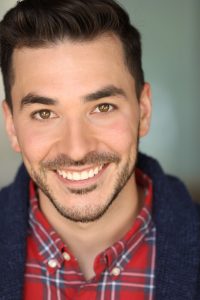 Residence: A Clarks Summit native, he lives in Los Angeles with his girlfriend, Kara
Family: Parents, Michael Dargatis and Laura and Vito Sampogne; sister, Nina Sampogne
Education: Graduate of Abington Heights High School and Wilkes University
Claim to fame: Dargatis is an actor who has appeared in several short films and dozens of national commercials, including for Walmart and TrueCar. He’s also landed supporting roles in upcoming feature films “The Handler” and “Gasoline Alley,” alongside Bruce Willis, Luke Wilson and Devon Sawa, and his likeness will appear in an upcoming AAA video game.