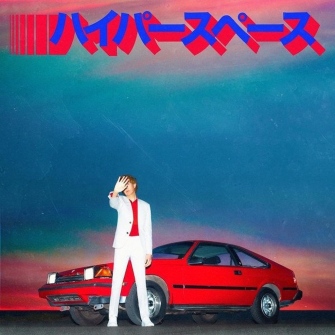 Foals turns out more of the same as Beck, Milky Chance soar

Foals — ‘Everything Not Saved Will Be Lost — Part 2’

THE BAD: Even with the presence of a big concept, neither chapter differentiates itself much from other Foals albums.

THE NITTY GRITTY: From my “Part 1” review — “As the title suggests, it’s yet another doomsday album that tells sprawling tales of political and environmental unrest. … Whether they can sustain the narrative for another full album has yet to be seen.”

Fortunately, the band did sustain that narrative, and “Part 2” turned out to be the stronger set. Other than meandering closer “Neptune,” this new chapter is leaner, meaner and much more forceful. Cuts such as “The Runner” and “Black Bull” come complete with big riffs and rhythms and would fit nicely on any modern rock playlist.

That’s good or bad depending upon your perspective. Foals’ earlier stuff remains far more innovative than what it has churned out since signing with Warner Bros back in 2012. “Part 2” doesn’t buck that trend.

THE GOOD: Singer/songwriter Beck offers up his 14th.

THE NITTY GRITTY: “Hyperspace” finds the man further accepting outside producers and artists. He continues to work with pop wunderkind Greg Kurstin on this record, but his main collaborator this year is Pharrell Williams. The two intended to do a single or two, but the musical friendship clicked, and “Hyperspace” is the end result.

The album is smooth and spacey, filled with liquid beats, retro synths, R&B overtones and dense harmonies. Songs such as “See Through” and “Dark Places” crackle and pop; the rhythms are strong but never overpowering. It’s as if Beck set out to turn 2014’s “Morning Phase” into a funk collection.

Most of the tracks soar above the clouds, but there are moments that shake the playlist out of complacency. The jagged slide guitar banger “Saw Lightning” is one such oddity, a throwback to his slacker “Loser” days that doesn’t sound forced despite the fact Beck turns 50 later this year.

THE GOOD: German folk-rock outfit Milky Chance comes back with their third.

THE NITTY GRITTY: “Moon” doesn’t offer many surprises for those who’ve been following the band since 2013’s “Sadnecessary.” Sticking with a formula of direct songwriting carried by reggae-colored electronic rhythms and a seamless flow, the album plays it safe. And that would be a crime if the whole affair wasn’t so damn infectious. These guys know their way around soaring hooks and great grooves. And since the players once inhabited the jazz world, the songs gravitate toward a certain swing or kick that makes matters all the more enticing.

All throughout “Moon,” we’re treated to catchy little earworms such as “The Game” and “Long Run.” Those craving something more organic can embrace the haunting “Eden’s House,” blessed by a guest turn from the legendary Ladysmith Black Mambazo. It’s a playlist that pulls you in early and rarely stumbles. If the guys kept moving in this direction, I wouldn’t mind a bit.