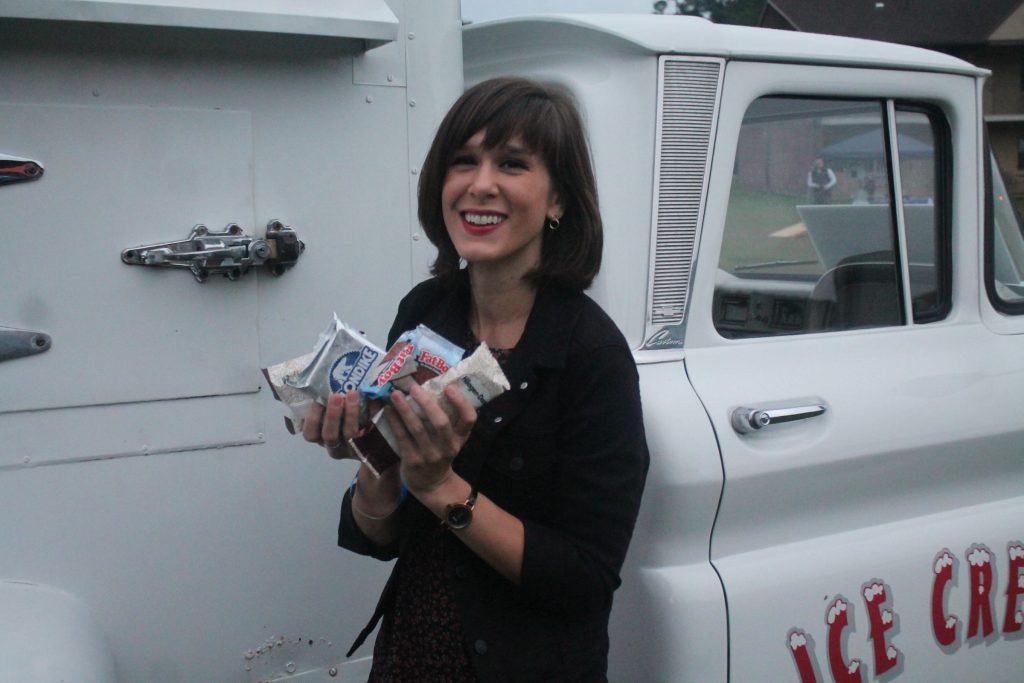 Fallfest Mixer to bring together restaurants

Local restaurants have been making menu plans for the Wyoming County Chamber of Commerce Fallfest Mixer.

Now in its fifth year, the mixer has been bringing together business professionals from various industries for networking and entertainment, but also showcasing a smorgage board of local good eats.

The Fallfest Mixer is scheduled for Thursday, Sept. 26, from 5 to 9 p.m. at Shadowbrook Resort in Tunkhannock.

“It’s a great way for restaurants to also showcase themselves,” said Chamber of Commerce President Gina Suydam. “They’re presenting their food to what will be over 500 participants.”

Attendees of the mixer can expect to see Carlos Penedos, owner of the Yearbook Diner and Blogg Pub & Grill in Tunkhannock.

Following suit from last year’s mixer, he plans to serve portugese cod cakes, his mother’s recipe from Portugal and a best-seller at the Blogg.

The cakes bring together cod, potatoes, eggs and parsley with a lemon finish.

“We normally do 500 of them and they go immediately,” Penedos said.

For Penedos, the mixer provides a chance to mingle, and of course show his products.

“It’s one of my favorite events of the year,” he said.

Stonehedge in Tunkhannock also remains a popular, longtime participant of the mixer.

“We think it’s a great event and it’s great publicity,” said Erika Edwards, Stonehedge general manager. “It’s good for the community and it brings all the local restaurants together.”

The Hedge, Stonehedge’s in-house bar and grill, plans to cook up sticky hedge bites this year.

“Our famous dish is the sticky hedge bites,” Edwards explained. “They’re a boneless breaded chicken bite that has a sticky sauce. It’s a sweet sauce with a little kick.”

Like the Blogg, there’s no experimenting in Stonehedge’s kitchen for the mixer this year.

“We ran out of them last year, so I’m staying with what works,” she said. “I think people enjoy that it’s a different taste.”

New to the Fallfest Mixer is A Touch of Class, a restaurant run by culinary arts students at the Susquehanna County Career and Technology Center.

“Any opportunity that the kids get to do anything else other than being in the classroom is great,” said SCCTC instructor David Dunstern.

The SCCTC students plan to make sliders for the mixer.

For those at the SCCTC, cooking for the mixer could provide exposure to the program and its restaurant.

“I think that the members of the business community like what they see from our students,” he said. “They see that they produce a quality product and a consistent product and the community is very supportive of our program here.”

Other options expected at the Fallfest Mixer include pulled pork from B3Q Smokehouse in West Pittston; pork sliders with coleslaw from Lake Sheridan Bar & Grill; chicken wings from DistributionNOW; lunchmeat and cookie platters from Pump & Pantry; shrimp and sausage jambalaya from Constantino’s Catering in Dunmore; soups, breads and desserts from Todd & Rachel’s in Tunkhannock; hotdogs from Snappers Bar & Grill in Lake Winola; a whole pig from Greenley’s BBQ; as well as a to-be-determined menu from host Shadowbrook Resort.

“As far as vendors go, I think they really enjoy spending time with each other to share their ideas and have time to talk with other people in their industry,” Suydam said.

The Fallfest Mixer is open to the public and non-chamber members are encouraged to attend.

This year’s presenting sponsors include Cabot Oil & Gas and Geisinger.

In addition to food and entertainment from Flatland Ruckus, the chamber has games planned throughout the evening with prize opportunities.

“I think it still has a lot of excitement for the community,” Suydam said of the mixer. “We have filled over 300 tickets so far and we’re still a little less than a month away.”

To register for the Fallfest Mixer or find more information, visit wyccc.com.