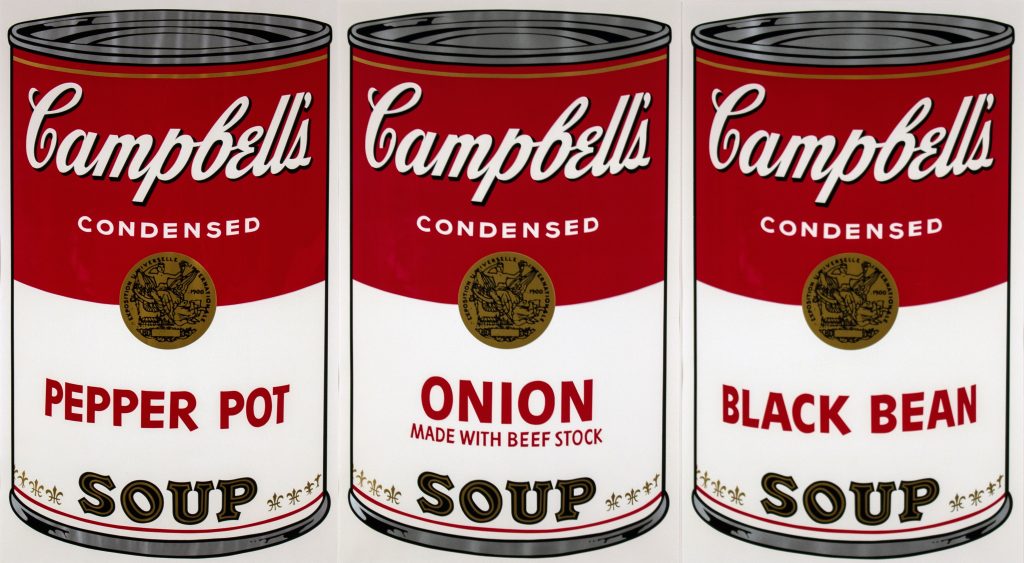 Everhart exhibit looks back at NYC’s ’80s and ’90s scene with Warhol, Lichtenstein and more

Leading artists of the 1980s and ’90s and their contemporaries head back into the spotlight at the Everhart Museum as The Maslow Collection returns to its walls for the first time in more than a decade.

“Forming The Maslow Collection: A Reflection on the New York City Art Scene in the ’80s and ’90s” opens at the Scranton museum Friday, Feb. 7, and features pieces by such artists as Andy Warhol, Roy Lichtenstein and Julian Schnabel. It will remain on display through Monday, May 25.

“Providing access to such important works and (this) collection is important for our mission and what we want to do,” said Aurore Giguet, the Everhart’s executive director.

Ryan Ward, curator of The Maslow Collection, which has been on long-term loan to Marywood University since 2008, said such a museum show “really gives us a chance to stretch out and give a broader sense of why the collection was formed the way it was and how it was formed and hopefully offer insight into the New York art world at that time.”

“We’re sort of tracing the art scene there by discussing things like the fact that artists were living primarily in the East Village and galleries were primarily centered in SoHo before they moved to (the) Chelsea neighborhood,” he added. “And we’re discussing kind of geography a bit and who might be collaborating with who and how artistic discussions were happening and, in turn, why certain genres of art … were being shown and how they were available to collectors like the Maslows.”

Other galleries around the area and elsewhere have borrowed pieces from Marilyn and Richard Maslow’s namesake collection periodically, but the Everhart has not shown it in 14 years. Ward worked with Everhart curator Francesca Saldan to bring it back there.

“Francesca and I are hoping that we can offer a deeper understanding of collecting in general, what it looked like at a time of economic success in the United States and how artists were getting their work out there, how much they were focused on the market or the celebrity or artistic dialogue with others,” Ward said. “We want to offer a well-rounded image of the art world.”

He noted the collection is broken down into several categories, including abstractionism, pop art and minimalism.

“The bulk of the collection is comprised of … either emerging or established New York artists from that period of the ’80s and ’90s,” Ward said. “However there are artists represented in the collection from the kind of previous generation in the ’50s, ’60s (and) ’70s, and those are artists are included in this exhibition as well.”

Seeing such well-known artwork in person versus on a screen “can just be so much more impactful,” said Giguet, who called The Maslow Collection “just amazing.”

“The breadth of that collection is really outstanding,” she said.

Art fans can get an advance look at the exhibit at an opening reception Thursday, Feb. 6, from 6 to 8 p.m. that will feature a tour of the show. Tickets for the 21-and-older event cost $50 in advance.

Throughout the exhibit’s run, the Everhart will offer several programs tied to it, from its book club to the children’s Everhart Minis classes.

And on Saturday, April 4, “Mystery at the Museum: The Warhol Factory,” a murder mystery dinner event set in Warhol’s legendary Factory in 1971, will run from 6 to 9 p.m. The night includes a three-course dinner and drinks, and ’60s- and ’70s-style costumes are encouraged with a prize awarded for the best one. Tickets cost $75 for museum members and $85 for nonmembers, and reservations are required.