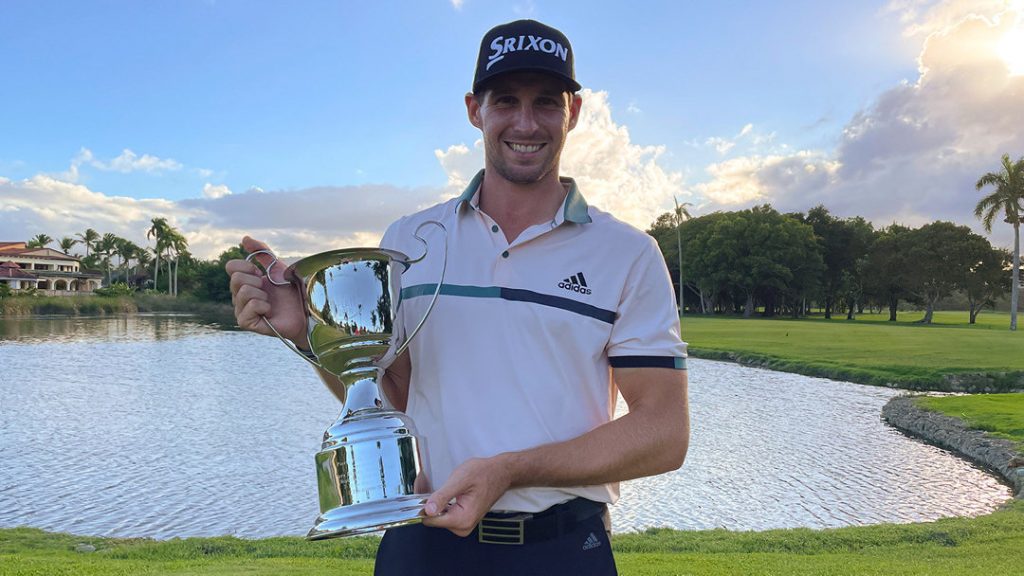 After an even-par first nine holes, Dupont native Brandon Matthews sunk five birdies on the back nine to win the PGA Tour Latinoamérica event at The Club at Weston Hills on Sunday in Weston, Florida.

The Pittston Area graduate missed a 2-foot birdie putt on the ninth hole before catching fire on the back nine.

He birdied the par-4 10th hole and par-5 12th hole before back-to-back birdies on the par-4 15th and 16th holes. He entered the 18th tied for the lead with the United States’ Sam Stevens.

Matthews hit a gap wedge from 138 yards to set up a 3-foot birdie putt for the win.

Matthews had a 5-under 67 in the final round and finished 22-under for the tournament, earning his second victory in his last three starts. The 26-year-old also claimed the top spot on the PGA TOUR Latinoamérica points list, passing Mexico’s Alvaro Ortiz, who missed the cut.

“This one was really great for me because I didn’t really have the putter over the weekend, and I still grinded it out,” Matthews said. “The fact that I was able to put trust in myself for (the last) nine holes, making some great putts coming down the stretch, words really cannot describe how much confidence that gives me to keep doing that at a high level.”