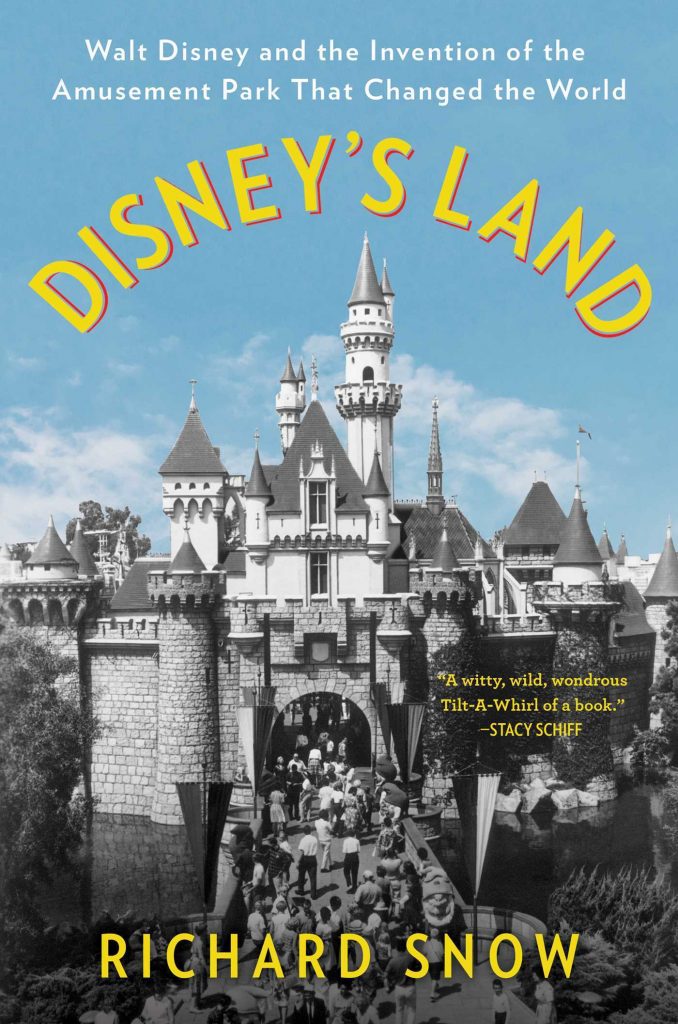 SCRIBNER VIA ASSOCIATED PRESS
“Disney’s Land: Walt Disney and the Invention of the Amusement Park That Changed the World” by Richard Snow

Scores of books have been written on Walt Disney and the entertainment colossus he created, but author Richard Snow finds some new running room, delivering an elegantly written chronicle focusing on how Disney created and funded the famed park that bears his name in “Disney’s Land: Walt Disney and the Invention of the Amusement Park that Changed the World.”

Disney knew the importance of characters in storytelling and so does Snow, examining many of the people who helped Disney on his passage from idea to game-changing park.

One such character is Buzz Price, who completed some early research on the economic feasibility of Disney’s park. A jogger, Price had tabulated the distance of every run and the costs of socks, shoes and other running-related expenses to get his per-mile running cost.

Price was the right man for the Disneyland feasibility job.

Snow also thoroughly explores Disney’s older brother Roy’s role in the creation of Disneyland. “Walt . . . was the creative one,” he writes. “But he could not have brought forth his creations without Roy’s business acumen.”

The book suggests lessons that extend to today: Passion for an idea and a plan are important, but so is research. Disney’s focus and self-confidence allowed him to push on despite family and friends who told him that an amusement park was folly.

He leveraged everything he owned to build an amusement park the likes of which the world had never seen. But Disney not only had research to bolster his confidence but he also had the wisdom to hire people of superior skill who shared his vision. Perhaps most important, he gave his team creative freedom.

However, Disney clearly was the visionary and his staffers learned to read the arched eyebrow (disapproval) and to live with stingy praise, seemingly incongruous traits for a man who wanted to create an idyllic place of wonder and limitless imagination.

“Walt would like it” remains the highest praise bestowed on a Disney employee.

Disney fans will enjoy this rendering of the founder and entrepreneurs will find their time well spent inside the covers of Snow’s book.

‘Disney’s Land: Walt Disney and the Invention of the Amusement Park that Changed the World’