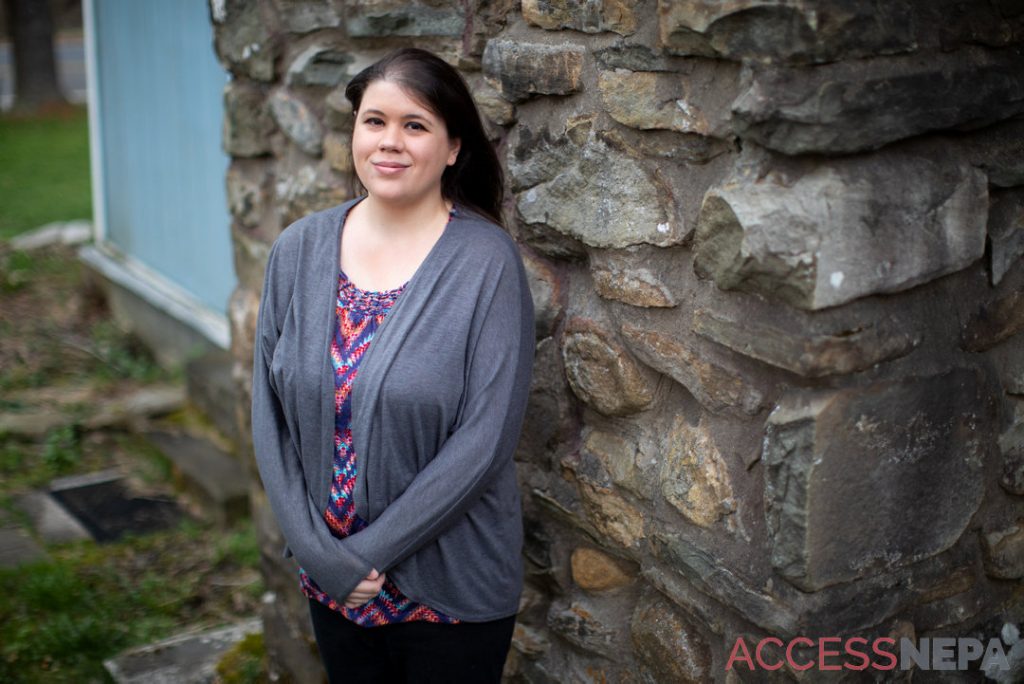 The Scranton region’s municipal liaison for National Novel Writing Month, aka NaNoWriMo, Stevens has completed the organization’s annual challenge — to write a novel of 50,000 words or more during November — each year since 2008. And Stevens often overshoots the goal.

“I started seriously writing for a book when I was 14 or 15,” said Stevens, who attended Wallenpaupack Area High School. “My English teacher was in charge of senior projects, and one girl got a book published. I thought you had to go to college to write a novel, so that opened my eyes that anyone could write a book.”

“It was a recommended video of a girl who posted about her Halloween costume, and she said Halloween was her favorite holiday because the whole month after was serious writing time,” she said. “So I found it about November of 2007, but it was the middle of November, so I waited until the following year to make an account on the website.

“I was young,” Stevens added with a laugh. “I didn’t know you could just write whenever.”

Once Stevens started writing, she found she couldn’t stop. As a high-schooler, Stevens often met with scammers who took her money to publish her books and then vanished, but she self-published several works in 2008 and 2009. Stevens used the CreateSpace platform so she would retain the copyright, but the stories aren’t available publicly.

“At this time, they’re put to rest,” she said. “As an author, I’ve grown into myself and my own style, and what I’ve self-published is very different from that.”

After high school, Stevens earned an associate degree in journalism from Luzerne County Community College in 2013, coming away with an experience she described as “a little bit of journalism, a little bit of graphic design and a little bit of public relations” thanks to curriculum changes. She married her high school sweetheart, Travis, moved to Cresco and had her daughter, Naomi.

Her life as a stay-at-home mom gave her an opportunity to do more than simply write 50,000 words for NaNoWriMo.

“After a year and a half (of being a stay-at-home parent), I was kind of going stir crazy,” Stevens said. “Then, NaNoWriMo reached out to me because (Scranton’s) regional municipal liaison ended up taking a leave, and they asked if I wanted to apply.”

Stevens proceeded to make major changes to her region’s structure and meeting schedule, instituting monthly check-ins and weekly meetings in April and July, too, when NaNoWriMo hosts Camp NaNoWriMo, a more relaxed version of its November challenge. She also moved the meeting location from Scranton’s Albright Memorial Library to Books-A-Million in Dickson City.

“We fill half the café area in Books-A-Million,” Stevens said. “We had eight people before, and now we’re up to at least 25 active members. It took a learning curve for 2018, but more and more people started to bring their sisters and spouses and kids. I had a lot of teenagers with their moms, and they all write together.”

Organizing 25 disparate personalities into a united community can be challenging.

“I’ll have people come in who are writing spiritual self-help books, while someone who’s Wiccan will be writing a spell book,” she said. “It’s public relations negotiating; you’re allowed to think and believe whatever, but you’re not allowed to tell each other you’re wrong. I’ve gained members that have a respect for the way I’m able to handle situations, and I’ve had members who left and didn’t want to deal with something so petty or silly.” 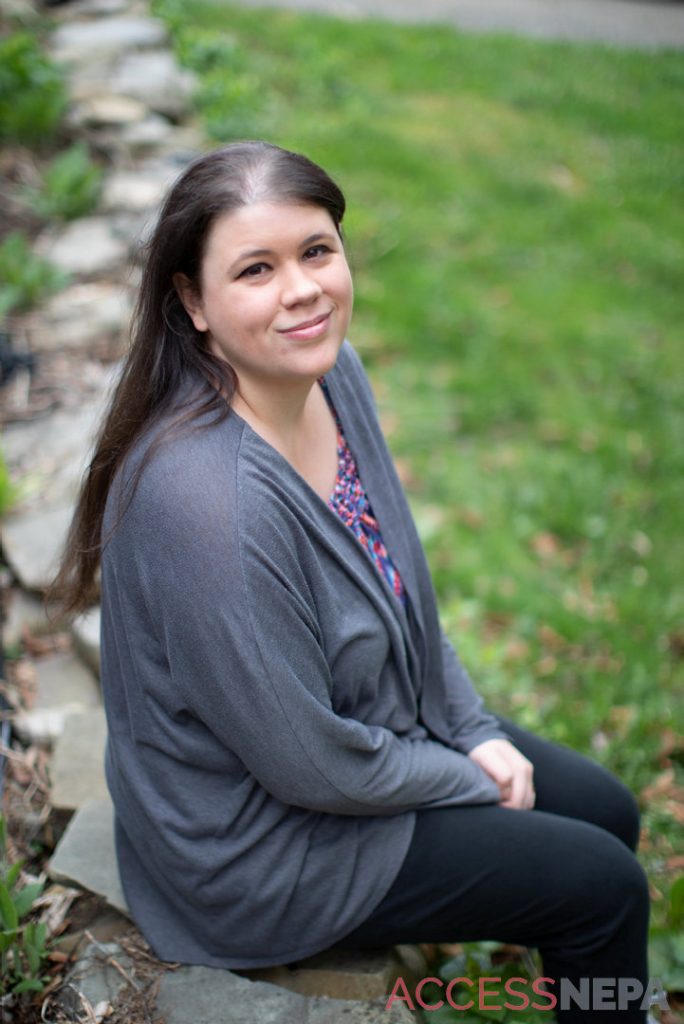 CHRISTOPHER DOLAN / STAFF PHOTOGRAPHER
Maryah Stevens has completed the National Novel Writing Month annual challenge — to write a novel of 50,000 words or more during November — each year since 2008 and now serves as the Scranton region’s municipal liaison.

But her greatest joy is supporting her other writers in accomplishing their goals. In addition to meetings, they have a Facebook page and a Discord server to chat while maintaining social distance, and Stevens also runs a YouTube channel, “Maryah Stevens Seems Woodsy,” where she posts advice videos and other bookish content for her regional members and the public.

“I had a girl who came in, and she never finished a book before,” Stevens said. “She’s a little antisocial, but I made her laugh a lot and I’d give her prompts, and she actually won that year. I love helping (my members) accomplish their goals.”

NaNoWriMo’s word count deadlines can be especially stressful during busy times of the year.

“One thing I’ve learned specifically this year is that the writing challenge is hard when life is going good; it’s harder when it’s going bad,” Stevens said. “So I try to explain to my writers that it’s OK to fail. If you’re stressing and you need to take a break, it’s OK. You can always write when the pandemic is over.”

In between raising her daughter and supporting her writers virtually, Stevens works on her own pet project, a novel called “Love Drug” co-written with her friend, Jesi. They wrote the 400,000-word novel in less than six months.

“It’s about mythical creatures hiding in New York, and there’s a drug going around that makes mythical creatures go rabid and turns humans into fantasy creatures,” Stevens said. “(Jesi and I) want to have it out before September. We started it in September (of 2019), so it’d be poetic if we got it done in a year.

“It’ll be controversial,” she added. “It has to deal with a lot of things Twitter would like to cancel, like toxic relationships, domestic disputes, gangs and a realistic take on how a fantasy creature has to hide as a human and adapt to that. We’re probably going to self-publish and release it ourselves; I don’t know if a publishing house would stand behind it.”

Stevens has been able to write so prolifically thanks to the support of her family, especially her husband.

“When I became a parent, I was told by a family member that you can’t waste time doing what you want to do and that I ought to give up writing. That was really stressful and depressing for me,” she said. “It was my husband who was like, ‘No, that’s wrong.’ Nowadays he comes home and will be like, ‘I bet you hit 20,000 (words) today,’ and lets me read things to him. And if I come to him to ask for some time, he’ll watch our daughter while I write. He’s very supportive.”

Having worked with so many aspiring authors, Stevens’ one word of advice out of her million was not to worry.

“I always try to preach that, look, it doesn’t matter about the word count,” Stevens said. “It doesn’t matter if it’s controversial. Just say, ‘I like this, I want to keep going.’ It doesn’t cost anything except a little bit of your time.”