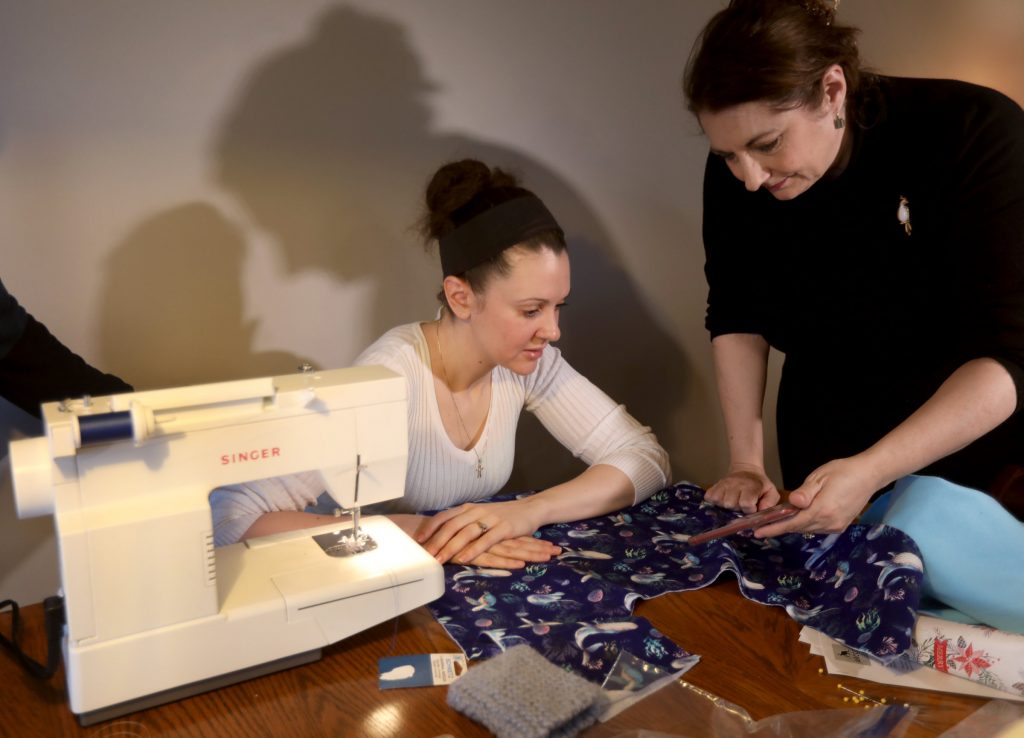 SCRANTON — Heartbreaking images of the wildfires devastating Australia and decimating its wildlife moved Kristin Cianfichi of East Mountain to try to help.

The women, who share an affinity for handcrafts of sewing, knitting and crocheting, did not previously know each other. They connected recently through Facebook groups aimed at marshaling efforts from across the globe to assist Australia, where wildfires raging for months have ravaged parts of the country.

They formed an ad-hoc group of Scranton-area crafters to make items to help surviving wildlife in Australia, including pouches for orphaned kangaroos and wallabies called joeys.

“This is their foster home, their foster mother,” Cianfichi said of the pouches that will be shipped to an animal rescue collective in Australia.

“The pictures coming out of Australia are just horrendous,” Cianfichi said Saturday during a craft session held at her home. “The animals are kind of exhibiting humanlike compassion. They’re holding on to each other and they’re reaching out to human beings. It just seems to be an extremely enigmatic situation, or really it’s very unique, just the way these animals are behaving. It’s hard not to respond to that.”

For Krizovich, images in the news of animals suffering have been a “call to action” to try to help.

“They’re basically begging — they’re on fire — asking to be put out with water. They’re looking for relief from being burned. It’s sad,” Krizovich said. 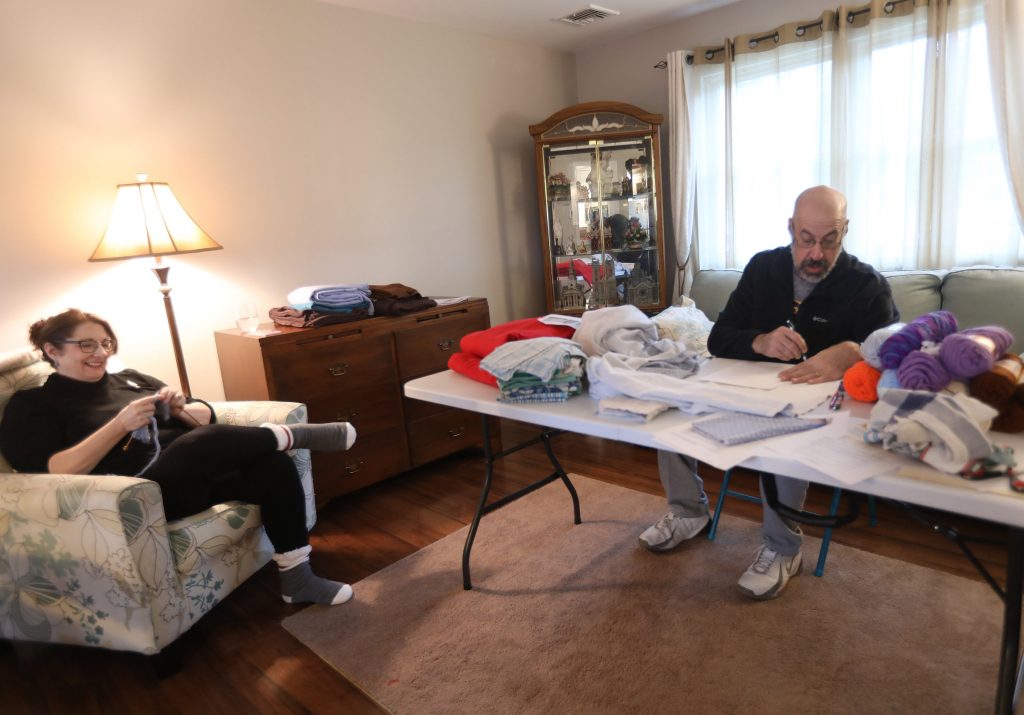 Cianfichi’s husband, Tony, pitched in by cutting patterns out of fabric donated by an acquaintance of Kristin’s.

The fledgling craft group, named Healing Earth Crafters, has about 18 members, most from the Scranton area and a few out-of-state kindred spirits in California and Michigan, Cianfichi said.

She also has a cousin in Australia whose family has been evacuated three times because of wind-whipped wildfires.

“We’re all connected. This is an ecosphere that all of us are living in. It’s not just people,” Cianfichi said. “Some of these animals in Australia are going to go extinct and that’s just heartbreaking. I feel like it’s my duty to do what I can to try to help.”

Cianfichi and Krizovich started out separately trying to help. Cianfichi was searching for patterns of needed items.

Some of those items include joey pouches, bird/rodent nests, koala mittens, possum/bird boxes, bat wraps and animal blankets, beds and sweaters. Krizovich was aiming to coordinate shipments of such items from the Scranton area to Australia.

So, “We got this little (ad-hoc) group together,” Krizovich said.

After assistance efforts for Australia subside, they envision continuing the initiative locally, to provide the same kinds of handcrafted items to wildlife rehabilitation facilities in the region.

“If this goes well, and we anticipate it will, we were talking about forming something to help local wildlife centers,” Cianfichi said.