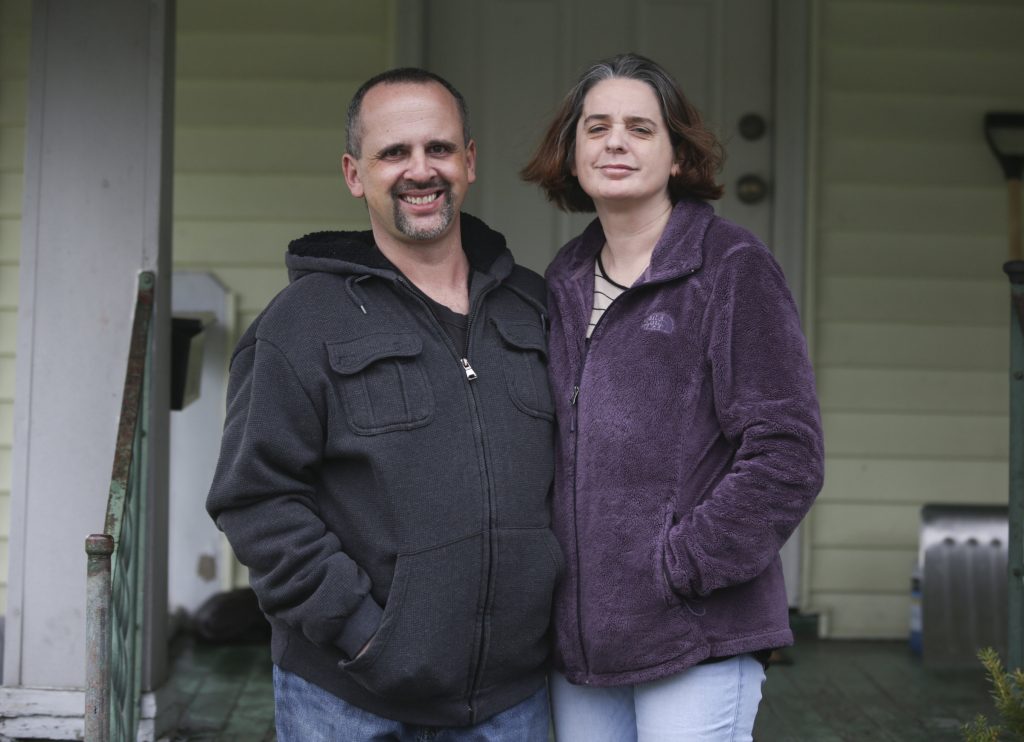 Luis Marengo’s brush with the coronavirus started with chills, fever and a cough. Sandy Wnuk, who rarely gets sick, blamed a mild cough initially on allergies. For Brian McGurl, a sore throat signaled something amiss.

All three eventually learned they had joined the 346 others diagnosed as of Friday with the virus in Lackawanna County. State officials say more people probably have the virus, but a shortage of testing kits prevented testing them.

The county’s cases include 18 who died, but Marengo, Wnuk and McGurl, and the majority like them, recovered. 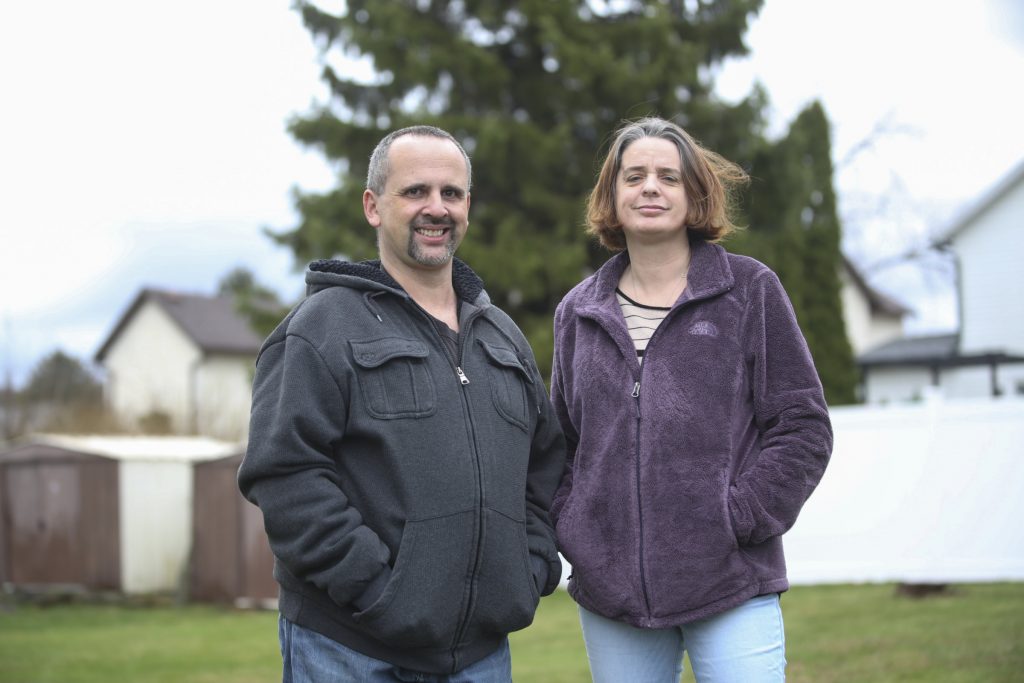 Luis Marengo could have died alone.

His infection turned that serious.

A caseworker for the state assistance office in Scranton that helps with food stamps, Medicaid coverage and heating bills, the 44-year-old Moosic resident thinks he caught the virus from someone at work. Four people at the office building on Lackawanna Avenue have tested positive.

“But by the afternoon, I was sick, like chills, fever, coughing. The next day, I had a temperature of 102.4,” Marengo said.

He called a coronavirus hotline, arranged a test for March 24 and waited for results. He stayed home and treated his fever with acetaminophen.

In addition to the ongoing fever, symptoms included shortness of breath and his sense of taste going “completely bonkers.” His fiancee, Heather Mollo, 41, now recovering from the virus herself, fried up scrambled eggs that tasted rotten. Chocolate yogurt, which he loves, tasted terrible, Marengo said.

“Other than that, it was nothing that I couldn’t handle,” he said. “As the days (went) by, I felt like my breathing got a little bit worse, but still manageable.”

By March 29, he felt like he was suffocating. He called the doctor, and soon a paramedic in protective gear entered his home and hooked him up to an oxygen tank. Moments later, an ambulance arrived, its patient bay lined with plastic sheets. The crew, also wearing protective gear, drove him to Geisinger Community Medical Center in Scranton.

Staff isolated him in the emergency room, swabbed his nose for a new test and rolled him up to the fifth floor where the hospital isolated coronavirus cases. He joined 15 other patients, he said.

“The worst day in the hospital for me was the third day,” he said. “My breathing kept getting worse, even with the oxygen on.”

They gave him medicine for his asthma and treated him with hydroxychloroquine, the anti-malaria drug that many doctors have started to try. He thinks it helped.

On April 4, the hospital released him.

Now, he’s helping Mollo recover. When he was still hospitalized, they communicated through texts, FaceTime or Skype.

No one could visit in person. 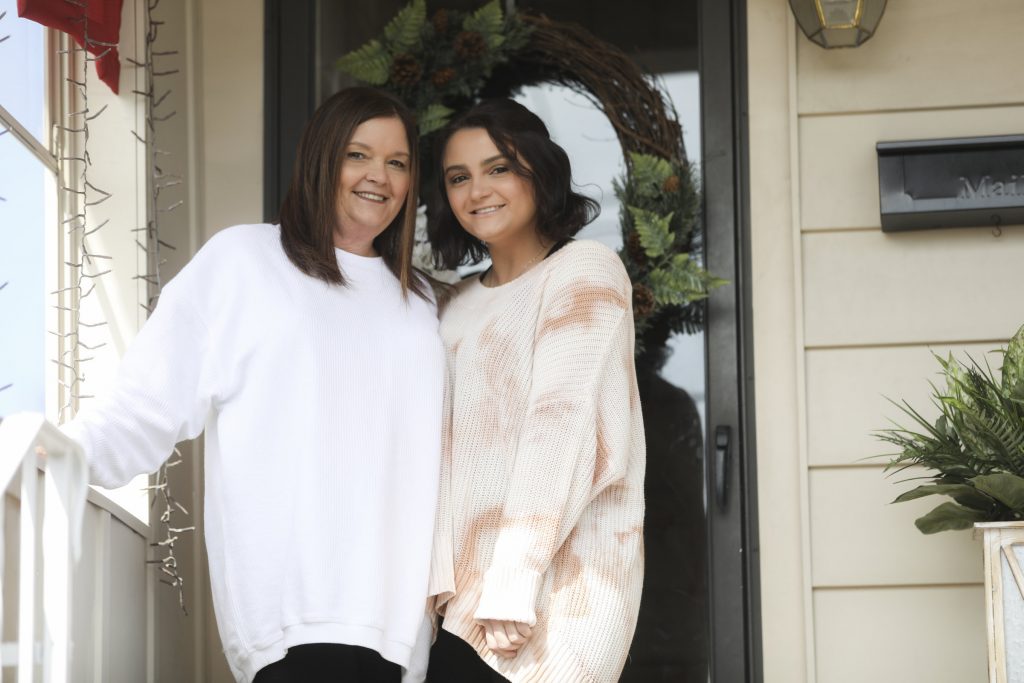 JAKE DANNA STEVENS / STAFF PHOTOGRAPHER
Sandy Wnuk, left, who tested positive for the coronavirus, and her daughter Alivia Auriemma, who had symptoms but tested negative, are recovering together in Scranton.

Sandy Wnuk, 52, of West Scranton, noticed a little cough March 20 as she closed up shop for the week at her job at Pennsylvania Tag & Title.

She never gets sick, so she “just assumed it was allergies or whatever,” she said.

She woke up the next day feeling feverish.

She called GCMC’s hotline. They asked about her symptoms, but told her she wasn’t sick enough for a test.

“So the next day, which was Sunday, I still had like a 102 fever and I was experiencing just a little bit of shortness of breath,” she said.

A niece told her an urgent care center on Business Route 6 in Dickson City performed tests. She called and they told her to stay in her car when she arrived. She called to check in when she got there, then drove to the back of the building, where a woman took a nasal swab.

“She listened to my lungs,” Wnuk said. “She said they sounded good so I went home thinking maybe it’s just flu or whatever. Then on Wednesday, I got a call from the doctor and he told me that I tested positive.”

The doctor told her she was the center’s first positive test after two weeks of testing clients. She was prescribed an antibiotic and an inhaler often used for asthma, then later changed to a stronger antibiotic. The Department of Health called with questions about her background and how she got sick.

A few days later, her daughter, Alivia Auriemma, 23, an intake coordinator for a home health services agency, also started feeling sick. She tested negative, but the doctor thinks it was a false negative because of her proximity to her mom. The pair recuperated together.

“They told me other than staying home, there’s really nothing you can do,” Wnuk said. “I mostly stayed on the couch, I slept more than I ever slept in my life. All I did was sleep. I didn’t do a thing, I couldn’t, I had absolutely no energy.

“Stay home, stay home,” she said when asked for advice for others. “Honestly, it’s not a death sentence. People get it and they do recover and I don’t think we hear enough about the people who recover.” 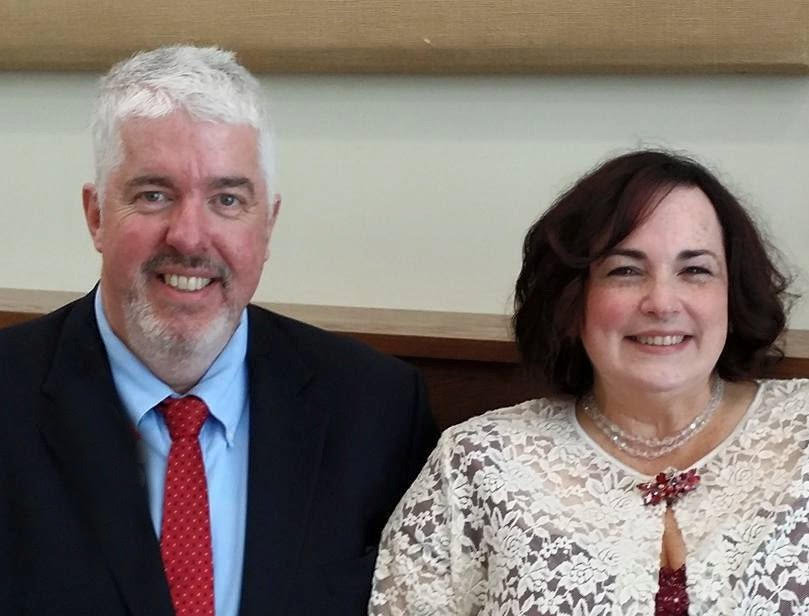 They knew people who worked on the show, so they joined a cast party afterward at Rosie O’Grady’s, the famed New York City Irish pub.

At that point, the virus didn’t spark the same kind of fear it does now. But the next day, the National Basketball Association suspended its season because a Utah Jazz player, Rudy Gobert, tested positive.

The McGurls began to worry. With thousands in the Radio City audience, somebody probably had the virus. Before the week was out, Scranton’s St. Patrick’s Parade was canceled. The McGurls canceled their parade party.

“That Saturday I started to feel like a little sore throat and a little achy,” Brian McGurl said. “By Monday, both of us were starting to feel sick and wondering, ‘Jesus, is this the virus, did we pick it up?’”

They called two friends who attended the cast party. Both felt sick.

Dawn McGurl got tested March 18 at Moses Taylor Hospital, and suggested testing for her husband.

“I didn’t feel that bad. I had two days, three days of fever, kind of like on and off and just kind of achy and not feeling great,” she said. “I felt like I had a cold.”

The McGurls’ symptoms remained comparatively mild, though they worried they could infect a diabetic son who lives with them.

“You’re terrified about that, you don’t want to give it to somebody else,” Brian McGurl said.

As they quarantined, the McGurls and their son lived on three separate floors. Another son delivered groceries.

On March 27, the McGurls officially learned they tested positive. Their son has not developed symptoms.

To pass the time, McGurl signed up for ancestry.com, where he learned about his family tree. The couple also watched a lot of TV, including catching up on episodes of “Better Call Saul.”

“I was sprung from captivity,” he said.